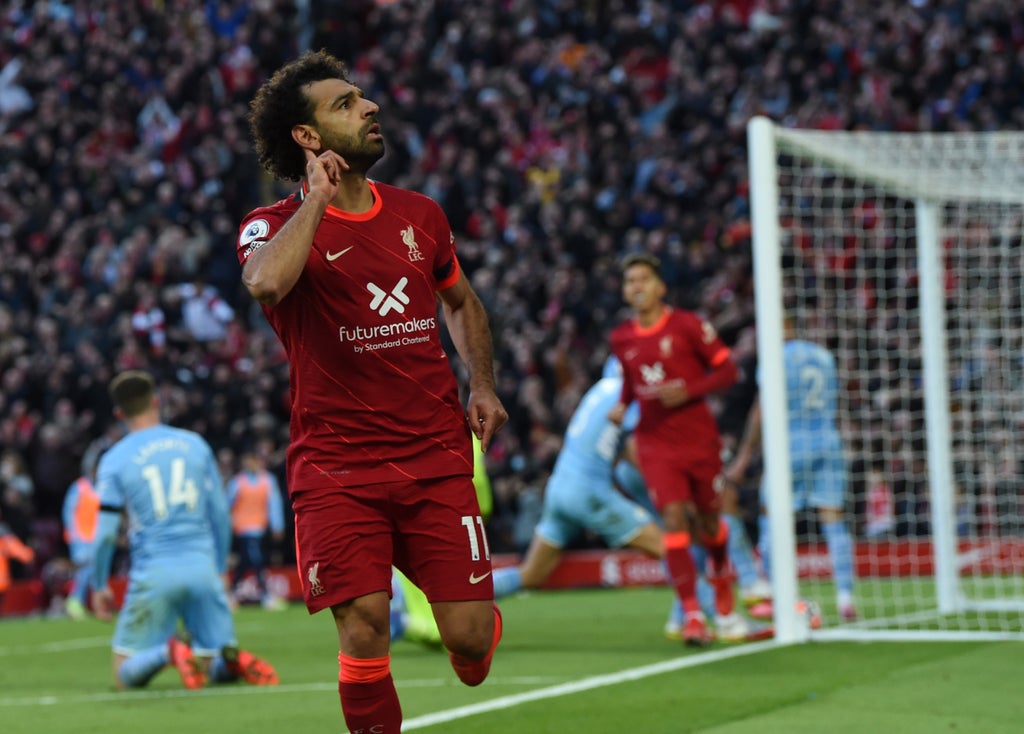 A game that left us none the wiser about the Premier League’s best team, but perhaps went some way to proving its best player.

This helter-skelter 2-2 draw at Anfield kept the top of the table nicely poised, but suggested that the sensational Mohamed Salah could be set to move onto another level.

His two brilliant contributions will be what this contest between Liverpool and Manchester City will be remembered for. He offered two divine moments, one of them a brilliant goal, in one superb individual display.

Pep Guardiola’s side just offered a show of champions’ character in responding. The City manager may well debate why there wasn’t a red card for James Milner, who was badly exposed at right-back and conditioned the game in his own unfortunate way, but there could be no debate about its outstanding player – and maybe the outstanding player in Europe right now.

It was a timely performance from Salah given that we’re getting into an era where we talk about the best players in the world after Cristiano Ronaldo and Lionel Messi.

There’s no other way to describe what Salah did here, though. It was Messi-worthy, and even Diego Maradona-worthy.

His first contribution was reminiscent of both, and Messi’s set-up for Angel Di Maria against Switzerland in 2014, as well as Maradona’s for Claudio Cannigia against Brazil in 1990. Salah just cut through the City half to draw most of their defence before slipping in Sadio Mane.

The second was like any of their best goals, maybe even Maradona’s against Belgium. In the tightest of spaces near the City box, Salah went and beat Phil Foden, Cancelo, Bernardo Silva and Aymeric Laporte before thundering the ball past Ederson from an even tighter angle.

It was simply incredible.

It was, unfortunately for Liverpool, insufficient.

For all Salah’s greatness on the day, they had too many flaws, City too much strength.

It was for a long time one of those rare games where a single area conditioned the rest of the pitch, but also the entire game. Liverpool have never missed Trent Alexander-Arnold so much. You couldn’t have a clearer indication of an attacking interpretation of a position offering a defensive function. There was more to Milner’s troubles than his inability to attack in the same way as Alexander-Arnold, of course. With City content that Milner wasn’t going to offer much trouble, though, they were also confident enough to completely overload that side. The brutal truth was that they flooded Milner, often overwhelming. It was the source of all City’s early superiority. Guardiola’s side kept targeting that area, and could have been the source of a later red card.

Phil Foden had one shot save from there, after brilliant work from Bernardo Silva to cut through. Kevin De Bruyne flashed wide after Cancelo had yet again found space behind Milner.

It got to something else when Ederson was playing through balls straight in behind the 35-year-old to set up clear chances. On that occasion, when Foden was put in just before half-time, Allison saved him.

It seemed inevitable that Milner would be taken off. Klopp instead stuck with him.

When it became apparent at half-time that Milner would be staying on, it had the feel of one of those decisions that could cost Klopp.

He instead did something else, though. One of the reasons that Milner’s role was so problematic was because Liverpool simply couldn’t get the ball off City. They had been oddly passive and subdued.

That changed straight away. It was as if Liverpool suddenly remembered how much damage they’d done to City in the past by taking the game to them. Their pressure and pressing immediately created a chaos around City’s box, that Liverpool were starting to create opportunities from.

It was mostly the set-up for Salah’s grand exhibition.

You had everything that makes a great attacking player.

The first was simply glorious playmaking. There was also an element of narrative depth, as Milner was involved in the move. It was really all about Salah, though. Picking the ball up in the City half, he conjured space from congestion, surging past Rodri and the rest of Guardiola’s defensive structure to set up Mane. The finish was emphatic.

It still paled next to what Salah did next. It was out of this world, as he just weaved in and out. This was not one of those runs where defenders are beaten with mere pace. It was pure wizardry, Salah dribbling through four City players in such an old-fashioned way to score one of the great modern Premier League goals.

The problem for Liverpool was that their issues at right-back remained. Salah’s second was necessary because Foden had finally exploited all that space behind Milner. It was a finish as good as Mane’s, although only after a run from Gabriel Jesus that was almost as good as Salah’s first. That forced Milner to move across, and allowed Foden to fire into the corner.

It was conspicuous that Klopp chose the moment of Salah’s second goal to take Milner off for Joe Gomez, as if trying to protect the lead. It just threw up another problem, although it added to it that Guardiola had taken off the ineffective Jack Grealish for Raheem Sterling. That was to the delight of the Kop. They weren’t laughing too much longer. Gomez is not currently a right-back. Liverpool’s defence was off-balance, eventually allowing De Bruyne to equalise off Joel Matip.

It felt an ultimately fair result, a battle between two fine teams. One was better for much of the day, but the other had maybe the best player in the Premier League right now.

More than anything, a riveting match sets up everything to come rather exquisitely. 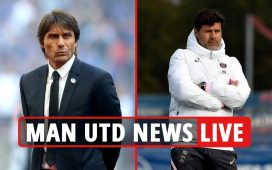