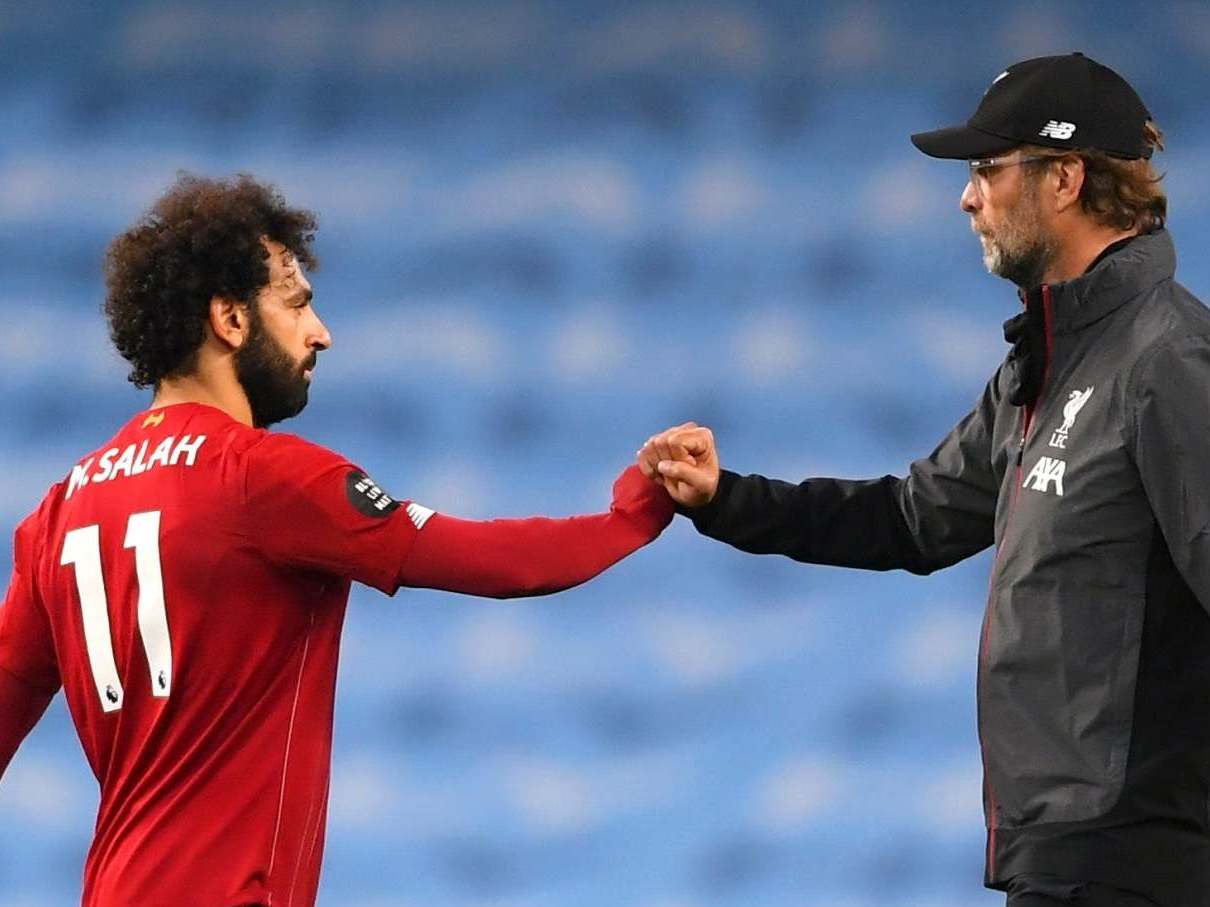 Liverpool welcome Aston Villa to Anfield this afternoon as the newly crowned Premier League champions seek to recover from their resounding defeat by dethroned Manchester City.

Jurgen Klopp’s men suffered just their second league loss of the term on Thursday when Pep Guardiola’s players put four unanswered goals past the Reds, and Liverpool will be determined to ensure their standards don’t slip as they continue their pursuit of City’s Premier League points record.

They will fancy their chances of correcting their course against Villa, who are 18th in the table and without a win since the top flight returned last month.

In their last game, Dean Smith’s men came up short against Wolves, losing 1-0 at home. They are only one point from safety, though, and will be motivated to upset the newly crowned champions today.

Here’s all you need to know ahead of the Premier League fixture.

The match will begin at 4.30pm on Sunday 5 July at Anfield.

The match will be broadcast live on Sky Sports Premier League and Main Event, and subscribers can stream the game on the Sky Go app.

If you’re not a Sky customer, you can grab a NOWTV Day Pass here to watch without a subscription.

Joel Matip is set to be out for the rest of Liverpool’s season with a foot injury, while fellow centre-back Dejan Lovren missed the City game with a slight knock. Midfielder Xherdan Shaqiri made a return to training this week.

Meanwhile, Villa will be without the injured Matt Targett, who joins Bjorn Engels, Wesley and goalkeeper Tom Heaton on the sidelines. Full-back Frederic Guilbert could make a first appearance since football’s resumption after recovering from a knee issue.

Klopp will make sure Liverpool are properly motivated to make a statement following their resounding defeat by Man City. While Villa have shown spirit since the league’s restart, they’ve lacked the quality to back it up. Liverpool 2-0 Aston Villa.