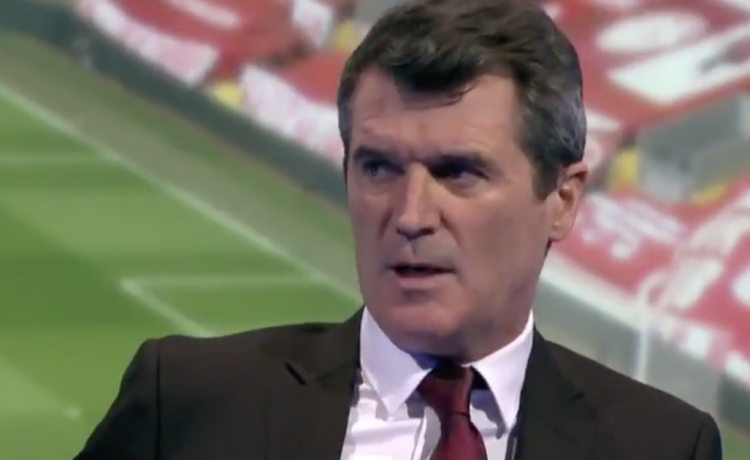 Roy Keane was out of order to claim Liverpool are bad champions.

For starters, Keane won his first title at Manchester United in 1993-94 and the following season they lost it as runners-up to a Blackburn side with 89 points.

City could conceivably win their remaining 16 games to reach 98 points this time out.

And, while Liverpool can’t afford many, if any, more slip-ups, there’s nothing to say they still won’t be the next best team to Pep Guardiola’s at the final reckoning.

If that is the case, then they will have lost their title to arguably the best squad ever assembled in English football, the deepest in terms of quality, and one of the best teams to have graced the game on these shores in the last few generations.

After all, City’s squad contains 22 players who, if split into two teams, could both finish in the Premier League’s top six.

So we’re talking very high bars for any club to meet if they want to see off the City challenge over two lots of 38 games in back-to-back seasons.

Liverpool have had dreadful injuries to contend with this season, including their key defender, we’re in the midst of a global pandemic and playing with a concertinaed fixture list, too.

In 94-95, Keane’s United didn’t have any of that to concern them and yet lost out to a Rovers team who were knocked out of the Champions League group stage the following season, finishing bottom of Group B behind Spartak Moscow, Legia Warsaw and Rosenborg.

So while few of us would have predicted Liverpool losing five games this season, let alone in 23 matches, to say they are bad champions is wrong.

And as for the assertion that they think their target is now the top four… I’ve not heard any Liverpool player say that.

The only thing I heard was Andy Robertson saying, ‘We’re in a race to get into the Champions League now’, and that’s just a fact.

A year ago, I don’t remember anyone saying City were bad champions.

Instead it was, ‘Liverpool are so good, so ruthless, they’ve lost so few games, that they’ve forced themselves into a position to win the title’.

They showed remarkable resilience to do that as well having reached 98 points the season before and still lost out on the title by a point.

And, likewise, City are showing this season how strongly they can come back.

You have to look at these things over four or five years and Liverpool will still be in the title talk in each of them.

That said, they do need to wake up and smell the coffee, which means owners FSG spending money to go toe-to-toe with City in that period.

It means that if City go out and buy Erling Haaland this summer then Liverpool must buy the next Robert Lewandowski or even put in a bid for Harry Kane.

What they can’t do is just say, ‘We have a really good XI, some youngsters coming through, and we can maintain our challenges that way’, because there are too many other teams with the money to make sure that won’t be the case.