Jurgen Klopp expects Divock Origi to get a raucous farewell from the Liverpool supporters in his final game at Anfield, while Didier Deschamps has explained the reasoning for not calling up Ibrahima Konate for France

Liverpool fans will be going into Sunday’s Premier League climax daring to dream.

The Reds need Manchester City to slip up at home to Aston Villa to have any chance of winning the title, as they trail Pep Guardiola’s side by one point. Jurgen Klopp and his side will also have to overcome Wolverhampton Wanderers too.

Although City will be big favourites, there will be plenty of hope on the red half of Merseyside, especially with Liverpool icon Steven Gerrard on the sidelines for Villa. There’s no doubt that he will want to help his old side out.

Mirror Sport has all of your latest Liverpool news ahead of the game and what could potentially be one of the most dramatic finishes ever to a top-flight campaign.

Will City slip up against Aston Villa on Sunday? Let us know in the comments section below!

Klopp has confirmed that Divock Origi will play his last game at Anfield on Sunday and he is expected to get a raucous send off from the Liverpool fans.

The striker has been a bit-part player in recent years, although he has contributed with some huge goals for the Reds, including the second in the 2-0 Champions League final win over Tottenham Hotspur.

Klopp believes that the Belgian should be held in the highest regard by the club and he’s backed him to shine wherever he moves next.

“I expect Div to get a special farewell,” he said. “For me, he will always be a Liverpool legend and it has been a joy to work with him.

“He’s one of the most important players I ever had. Wherever he will go he will be successful, 100 per cent. I remember so many things when I think about Div. Goals, ups and downs. He is a Liverpool legend, no doubt.”

Ibrahima Konate’s excellent form for Liverpool has not been enough for him to earn a call-up for the France squad.

The defender has developed into an elite partner for Virgil van Dijk, excelling in particular for the Reds in the Champions League and cup competitions. As of yet, he has not lost a game in Liverpool colours.

“He’s in a team which is competing in the Champions League final and for the title in England,” said Deschamps of the former RB Leipzig man.

“But since he’s been at Liverpool, he’s mostly played in a four-man defence and there is competition [in the France squad]. I brought William last time and he always plays in a back three. It’s either one or the other.”

KIRKBY, ENGLAND – MAY 05: (THE SUN OUT, THE SUN ON SUNDAY OUT) Ibrahima Konate of Liverpool behind the scenes during a media day at AXA Training Centre on May 05, 2022 in Kirkby, England. (Photo by Andrew Powell/Liverpool FC via Getty Images)

Former Premier League midfielder Robbie Savage has given Liverpool an A+ grade for the 2021-22 season after the team’s extraordinary push for four trophies.

Although City are favourites to win the top-flight prize on Sunday, the Reds still have an outside chance of finishing top of the pile. They will then go again in a week’s time, as they gear up for a showdown with Real Madrid in the Champions League.

Savage offered a rating for every team in the Premier League and unsurprisingly the Reds got the highest possible grade.

“One of the best teams we’ve ever seen assembled in English football – and it still may not be enough for them to win the title,” he said.

“The way Jurgen Klopp has sustained the pursuit of four trophies has been incredible, and at times Mo Salah has looked the best player in the world. Under any circumstances, Klopp gets an A grade – if he wins the Champions League again next ­weekend, it’s off the scale.” 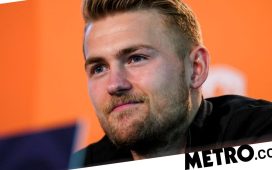 Newcastle are going through the fashonista phase – after Sam Fender at Glastonbury, Toon Army are suddenly everywhere 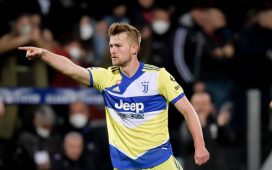 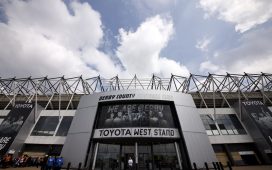