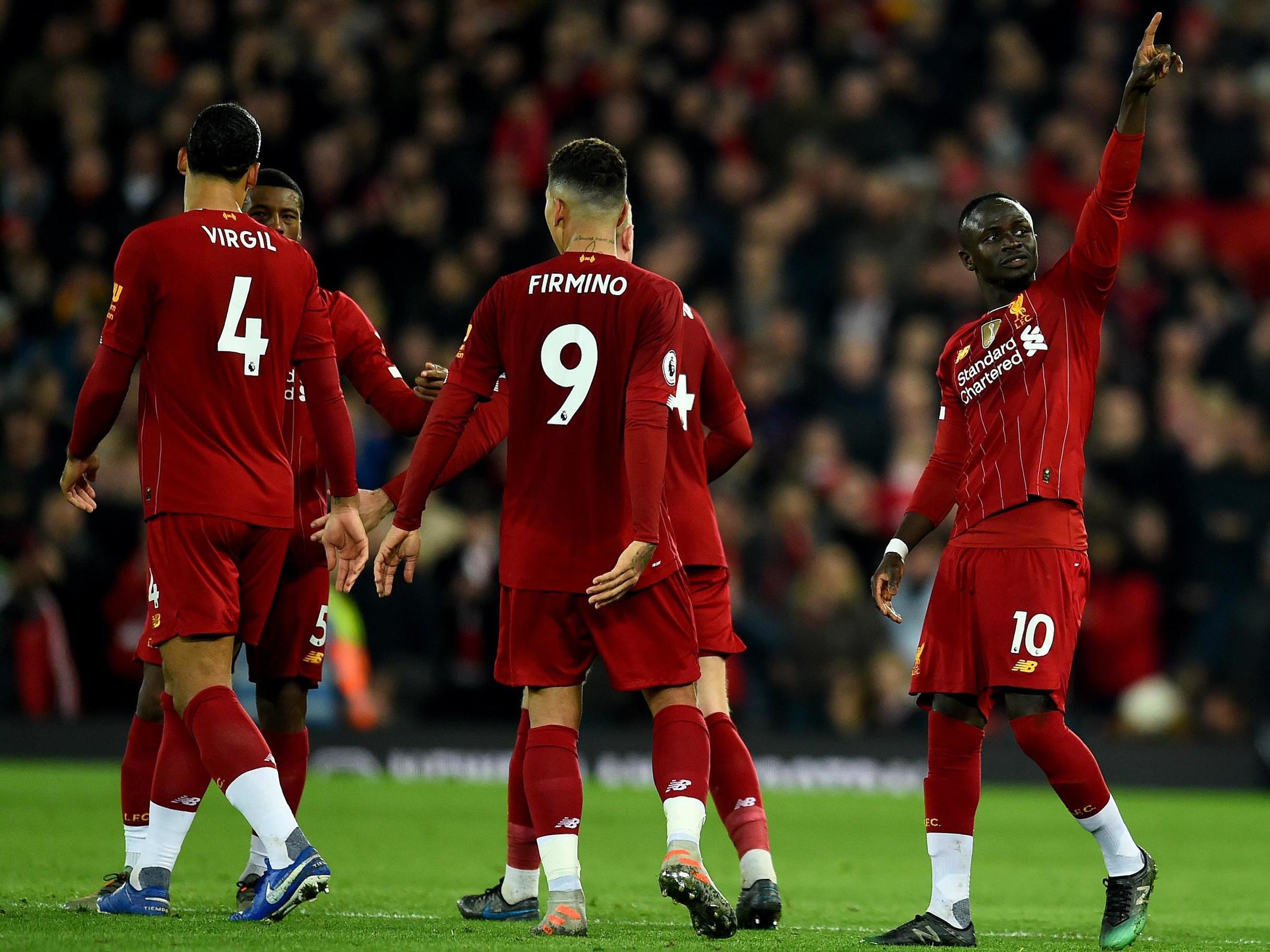 The final Anfield game of 2019 ended in routine fashion, with Liverpool stretching their unbeaten home spell in the league to a staggering 50 fixtures.

Wolves were the latest side to turn up and turn back with a defeat, delivered via Sadio Mane’s boot, with only Bayern Munich, Napoli and Leicester City as the teams to escape here with a draw over the past 12 months in all competitions.

It was not a vintage win, rather one decided by VAR, although no-one associated with Jurgen Klopp’s charges will care.

The festive schedule is usually a period to endure rather than enjoy, and with both teams already navigating intense tests this week, an untidy affair was predictable.

Liverpool showcased their mastery and magic in a 4-0 away dismantling of Leicester City on Thursday, with the directive to pick up maximum points on Sunday evening by whatever means necessary.

Nuno Espirito Santo labelled it “absurd” to have Wolves combat Manchester City before a taxing trip to England’s current best team in less than 48 hours – and there can be no argument against that.

“It goes against everything,” the 45-year-old said, and having witnessed his men give every inch to oust the defending champions in a 3-2 epic on Friday night, there was no surprise to see them so debilitated in the first half at Anfield.

They relied on their defensive organisation in the opening 45 minutes, forming a blockade in front of Rui Patricio, denying Liverpool the time and space to be decisive in the final third.

Mohamed Salah really should have foiled that plan four minutes in after Adam Lallana and Trent Alexander-Arnold combined to supply him, but the Egypt international diverted over from close range.

Liverpool probed for an opening, only to be thwarted by Conor Coady’s superb marshalling of his rearguard. The encounter felt largely laboured, but the half ended with plenty of talking points.

Referee Anthony Taylor had chalked off Mane’s goal on 42 minutes, ruling Adam Lallana had handled the ball in the build-up. A lengthy VAR check corrected the decision as the midfielder cleverly used his shoulder to control and direct possession to the Senegalese, putting Liverpool 1-0 up.

One of the criticisms of the implementation of the system is the lack of communication given to those inside the stadium and that was no different in this case.

The delay in awarding the goal – a decision obvious from the first replay – was due to also assessing whether Taylor had blown the whistle before the ball had crossed the line, information that was not provided at Anfield.

Whether Virgil van Dijk, whose long pass started the move, had inadvertently handled the ball was another element that filtered through social media with match-attending fans none the wiser.

Minutes later, Wolves were incensed after Pedro Neto’s equaliser was ruled out by one of those marginal VAR offside calls on Jonny that leads to the chorus of “it’s not football anymore.”

Nuno received a booking for his protestations, but his men did not allow their frustration to dictate the second half. Wolves limited Liverpool’s offensive play and created the majority of chances, but without truly threatening Alisson’s goal.

“A lot of people say it has come to the right decision but what is it an armpit or a toe? It is confusing,” he said. “I spoke to Anthony Taylor a lot today but he gave no clarification of what’s going on.

“It has happened twice to us in the last two games against probably the best two sides in the world.

“In the second half, we controlled game and nullified Liverpool to hardly anything but it is so disappointing that we are stood here talking about VAR rather than the game and the way Wolves played.”

Klopp did spotlight the excellence of the opposition.

“Wolves were really aggressive, really angry,” the manager offered on their performance after the break. “I imagine what was said in the dressing room at half-time – everybody is against us, so let’s fight back.

“They came out and pressed us and we were not fresh enough to adapt. Alisson wanted to make the game quick, but nobody else wants to it to be. Football is like life. Sometimes you are 100% ready and sometimes not. It was a big fight today.”

Adam Lallana and Joe Gomez were the standout performers for Klopp, who will need to shuffle his pack for the hosting of Sheffield United on Thursday.

So, then, Liverpool enter 2020 with a 13-point advantage at the summit, having posted the highest league tally in the club’s history in May, before lifting a sixth European Cup, the Super Cup and securing world champions status.

The new year offers the opportunity to claim the tag they covet the most – title winners – and with their relentlessness showing no signs of abating, there’s no ceiling to what they can achieve this season.

READ  Tim Sherwood urges Chelsea to sign a ‘little magician’ in January to replace Eden Hazard
Share on FacebookShare on TwitterShare on PinterestShare on Reddit
newsgrooveDecember 29, 2019