Premier League and Championship club have until October 6 to apply to take part in a safe standing pilot scheme from January 1, with Manchester United and Liverpool expected to be involved 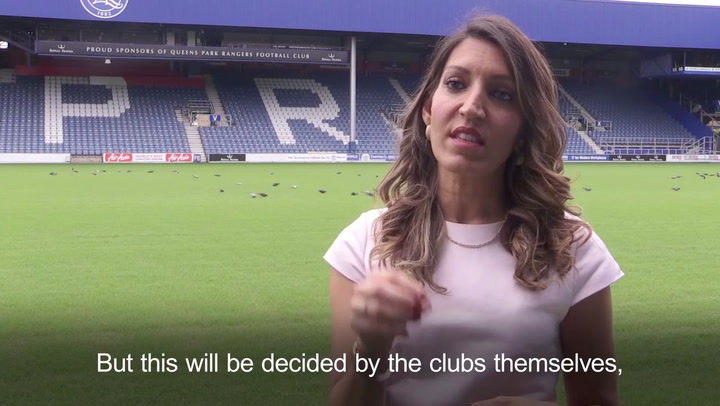 Labour back standing in football: Shadow Minister for Sport

Standing is set to return to Premier League grounds for the first time in 27 years.

Clubs in the top flight and Championship have been given until October 6 to apply to take part in a pilot scheme from January 1.

Manchester United are one of the clubs interested and likely to be approved while Liverpool, Manchester City, Tottenham and Wolves have also had rail seating installed in their stadiums.

The Sports Ground Safety Authority have given the green light for the return of safe standing which was outlawed in 1994 following recommendations made in the Taylor Report into the 1989 Hillsborough disaster, in which 97 Liverpool fans lost their lives.

Pete Daykin, the co-ordinator of the FSA’s Safe Standing campaign, said: “This announcement is an outbreak of common sense! Today is a huge day for match-going fans.

“It brings to an end a farcical situation in which fans at every ground continue to stand in their thousands – often to the detriment of those who can’t or don’t want to stand behind them – but that clubs can’t officially recognise or tackle in a constructive, proactive way.

Are you pleased safe standing is returning to the Premier League? Have your say in the comments.

“It also rights a historical wrong, breaking for once and for all any suggestion of a link between ordinary football fans who prefer to stand and criminals, troublemakers and hooligans.

“It sounds preposterous to be saying it in 2021, but this was for so long the view of many of those in charge of running the game and the country, who neither understood football nor took the time to get to know its supporters.”

UK sports minister Nigel Huddleston said: ”We have been clear that we will work with fans and clubs towards introducing safe standing at football grounds providing there was evidence that installing seating with barriers would have a positive impact on crowd safety,” said.

“With independent research now complete, and capacity crowds back at grounds across the country, now is the right time to make progress.”