Doctors may some day be able to reverse the damage that years of heavy drinking does to the liver, a new study suggests.

This damage, called cirrhosis in the liver and fibrosis in the lungs, is an endless process of scarring that can happen to just about any organ with age, disease and repeated injury.

Scar tissue can overtake the healthy tissue of an organ and prove fatal, as it does in terminal liver and lung disease – and there is no cure, only mitigation.

But Mayo Clinic scientists may be on the verge of changing that.

In lab tissues and mice, they discovered the research team discovered they could block off the two proteins that carry ‘instructions’ for the formation of fibroblasts – hunks of scar tissue – slowing and even reversing the fibrosis process. 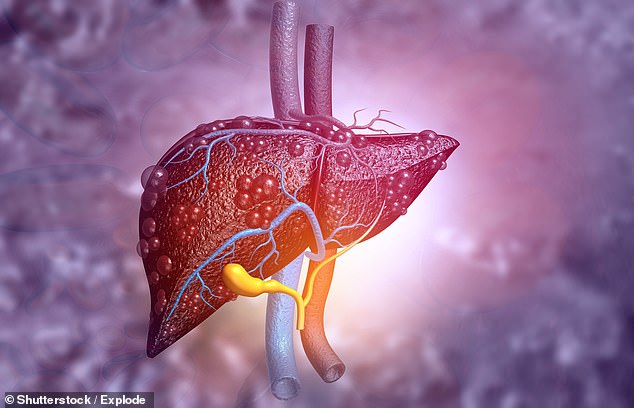 Scientists have discovered a way to reverse the process that causes scar tissue to replace healthy tissue, driving liver and lung disease in petri dish and mouse experiments

An alcoholic’s liver looks as sick as it is.

The work that a liver has to do to process alcohol is hard on it, like years of hard manual labor would be on the hands and muscles.

Removing alcohol and other toxins – as well as performing other fucntions like storing glucose, making blood proteins and bile – makes the liver vulnerable to infections like hepatitis B and C and damages it over time, in what we call liver disease.

Slowly, scar tissue replaces healthy liver tissue. Blood can’t flow as well through this tough tissue and the liver’s ability to process the toxins and nutrients pumped through it starts to degrade.

Once cirrhosis sets in, there’s never been anything doctors can do to force healthy liver tissue back in where scar tissue has taken over, short of a full-organ transplant.

A nearly identical process happens in the progression of lung disease, though it’s called fibrosis rather than cirrhosis.

The scar tissue is stiffer than than the strong but pliable tissue that makes up healthy lungs, so fibrosis sufferers struggle to breathe properly and often cough and wheeze.

Lung and liver diseases’ progression of damage and scarring is familiar and well understood by scientists, but the details of the development of these diseases are still a subject of burgeoning research.

In recent years, scientists discovered two proteins that seemed to switch on certain genes which then in turn send instructions to the lungs or liver that tell tissue scarring to set in.

The two proteins, YAP and TAZ, are involved in other diseases, most notably, cancer.

But they’re also crucial in the ‘social dynamics’ of how various cells communicate with one another as well as the the way wounds heal and even such basic regulatory functions as making sure a cell keeps its size.

So despite the fact that YAP and TAZ make tempting targets for stopping both tumor growth and the development of fibroblasts, scientists couldn’t simply block them off without disrupting a whole cascade of other essential biological processes.

But the Mayo Clinic team wanted to look more closely at the fibroblasts themselves to find a way to block YAP and TAZ in isolation.

And, as they new study reveals, they found it: dopamine.

Fibroblasts specifically in the lungs and liver, they found, have a receptor for dopamine, the same neurotransmitter that allows us to feel pleasure and pain.

‘Dopamine is mostly studied in disorders of the central nervous system, and we were surprised to find dopamine receptors expressed in fibroblasts,’ said lead study author Dr Daniel Tschumerlin.

Stimulating the dopamine receptors in the fibroblasts did something rather remarkable to the scar tissue precursors.

It made them switch modes. So, if YAP and TAZ put the destructive vehicle that is fibrosis in ‘drive,’ adding dopamine to the equation puts it in ‘reverse,’ stopping the formation of scar tissue and even reversing it in mice and petri dish samples.

‘In addition to following up on regulation of dopamine signaling in the lung, we are actively developing novel molecules to target the dopamine receptor, as we think there is substantial promise in trying to translate this approach to human diseases,’ said Dr Tshumerlin.

About 100,000 people in the US suffer irreversible pulmonary fibrisos and another 30,000 to 40,000 people are diagnosed annually.

One in 400 US adults have liver cirrhosis that will only get worse with time.

But if the Mayo Clinic research suggests that, if the same process is safe in humans, someday recovery might be possible.

Coronavirus: What is intensive care and which patients need it?

Am I in the at-risk category if I’ve had cancer? Dr Hilary answers your questions 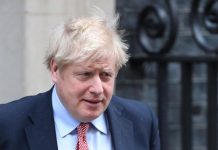 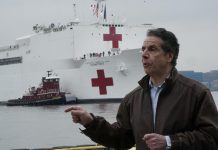