Little Women streaming: Can you watch FULL movie online? Is it legal? 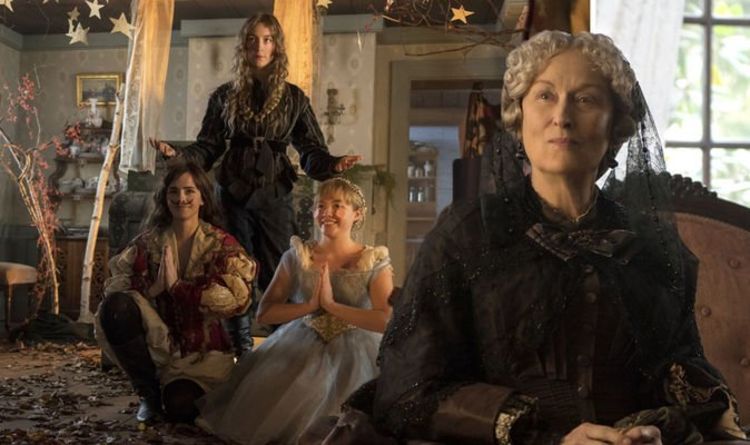 Little Women, adapted from the famous Louisa May Alcott novel, follows the lives of four sisters during the American Civil War. The protagonist, Jo, wanted to be a writer and shunned the expectations of women at that time. But with a new adaptation out in cinemas – can period drama fans curl up in front of the sofa and watch the movie at home?

To be sure you’re not watching copyrighted material, you should go direct to companies such as Netflix or Amazon Prime, according to FACT (Federation Against Copyright Theft).

Little Women was released in cinemas on Boxing Day, meaning it will be some time before it is available to watch at home.

It has not been announced if the movie will make it to Prime or Netflix, however it will likely be available to rent via Amazon or buy on iTunes once it has been in and out of cinemas.

The cinema will, for the time being, be the only place fans of Little Women can get their fix.

With the movie only just hitting the big screen, there will be plenty of showings to suit all age groups and Christmas/New Year plans, so fans can easily find somewhere to see it.

The BBFC writes: “Very mild threat includes sight of a girl falling through ice on a frozen pond; she is quickly rescued.

“A character dies and people are seen grieving.”

Overall, the film is lighthearted and not particularly upsetting, therefore most children should enjoy the adaptation and not find much to upset them – however all parents should consider their own child’s needs before taking them along.

Who is in the cast of Little Women?

Timothée Chalamet plays Theodore “Laurie” Laurence, while his grandfather is played by Chris Cooper and John Brooke is played by James Norton.

Little Women is in cinemas now