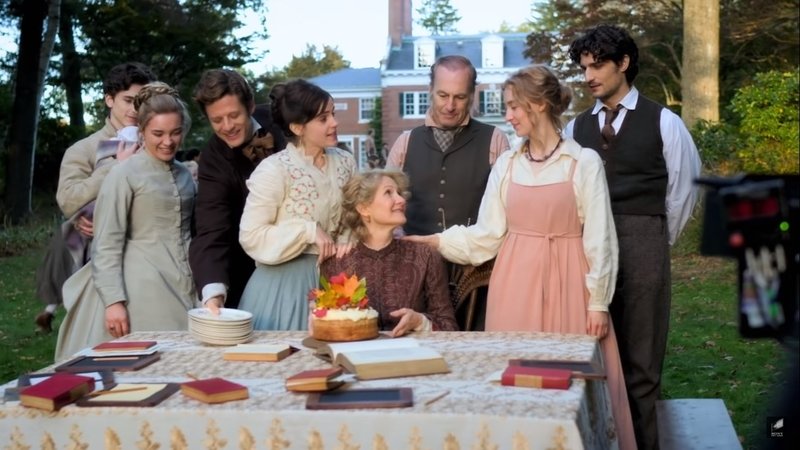 “Little Women” is based upon the 1868 novel by Louisa May Alcott.

During the Civil War, the patriarch of the March family is away at war while his wife and daughters must make ends meet on their own. They are led by their mother, Marmee, who teachers them compassion and independence in the face of adversity. Jo March is an aspiring writer and the free spirit of the sisters. Meg loves acting and longs for a family of her own. Amy March focuses on popularity and wants to marry for money. Finally Beth is very selfless and a musical talent.

As the March women face the trials and tribulations of life on their own, they grow from childhood to womanhood. And their unique personalities will steer the course of their lives as they venture out on their own.

OK, I’ll admit that “Little Women” isn’t exactly a movie that typically appeals to me. I usually prefer movies with explosions and apes in them. But “Little Women” is one of my wife’s favorite novels and I owed her after dragging her to every Marvel movie and Star Wars movie this year. But while it wasn’t something I would typically watch, I was pleasantly surprised by this film.

First up, the cast is phenomenal. Packed with favorites, each actress has a moment to shine and brings a unique touch to her character. Most notable for me is Florence Pugh as Amy March. I’m continually amazed by the versatility of this actress. This year she played a wrestler in “Fighting With My Family”, a horror movie victim in “Midsommar”, and she will play a Russian spy in “Black Widow” next year. To see her in corsets and frilly dresses in “Little Women” is quite a change for her, yet she’s equally believable in every role. Here she’s boy crazy, she fights with her sister, and takes advise from her rich spinster aunt played by Meryl Streep. Her performance is one of the more fun ones to watch.

The main spotlight is on Saoirse Ronan as Jo March and she does deliver a fine performance as well. Ronan stays a little more in her lane as a free spirited, aspiring author character. Jo embodies many of the characteristics of Louisa May Alcott, so she’s the heart of “Little Women” in many respects.

Emma Watson plays Meg March. It’s not a big stretch from her characters of Hermione Granger or Belle, but what makes her fun to watch is her interaction with the other actresses. There’s real chemistry between them and they seem to be having fun as they play the sisters. Early in the role Meg is funny and theatrical, but as she gets older she’s weighed down by the burdens of life and her duty as a wife and mother. Watson handles those transitions between her character’s stages in life with great skill.

READ  Netflix movies: Best films on Netflix to watch while you're self-isolating

The rest of the female cast is also impressive. Eliza Scanlen plays Beth March, the fourth sister. Beth is compassionate and has musical talent. She interacts well with the other sisters and Laura Dern who plays Marmee March, her mother. Dern is excellent as well and makes a believable matriarch for these girls. There’s a little bit of her in each of their personalities. Then there’s Meryl Streep as Aunt March. Her interaction with Pugh’s Amy is amusing because the two are polar opposites yet both have one drive – survival.

While the men are all supporting characters in this story, they hold their own against the female cast. Chris Cooper is memorable as Mr. Laurence. Right before watching “Little Women” I watched Cooper in “A Beautiful Day in the Neighborhood”. It was a dramatic transformation for Cooper between the two roles and it was nice to see him as a good guy in “Little Women”. It was equally unusual to see Bob Odenkirk as Mr. March. I love him in “Better Call Saul” so it was quite a change to see him overwhelmed by four daughters here, yet he handles it well. Timothée Chalamet is also good as Theodore ‘Laurie’ Laurence. While we see the young girl’s transition to adulthood, we also see him grow from irresponsible young man into adult. His scenes with Pugh are also memorable.

I asked my wife, a “Little Women” fan, what she thought of this film. She enjoyed it quite a bit. She noted that the storytelling format was interesting. It is told in a series of flashbacks. The flashbacks follow the novel while the scenes in present day reflect more of Alcott’s autobiographical elements of the story. Together you see the real contrast in the characters as they grow and mature. She also liked the fact that the story was not overly sappy, a problem with some of the other adaptations of the novel.

I honestly have no complaints about “Little Women” other than it’s not my cup of tea. It is well acted, it has beautiful production design, and it’s a solid adaptation of a classic novel.

If you’re a fan of any of the cast or writer and director Greta Gerwig, I think you’ll want to check out “Little Women” in theaters. Fans of the Louisa May Alcott novel should also be happy. And if, like me, your significant other wants to see the film, I think you’ll find it to be one of the more accessible classic literature adaptations. 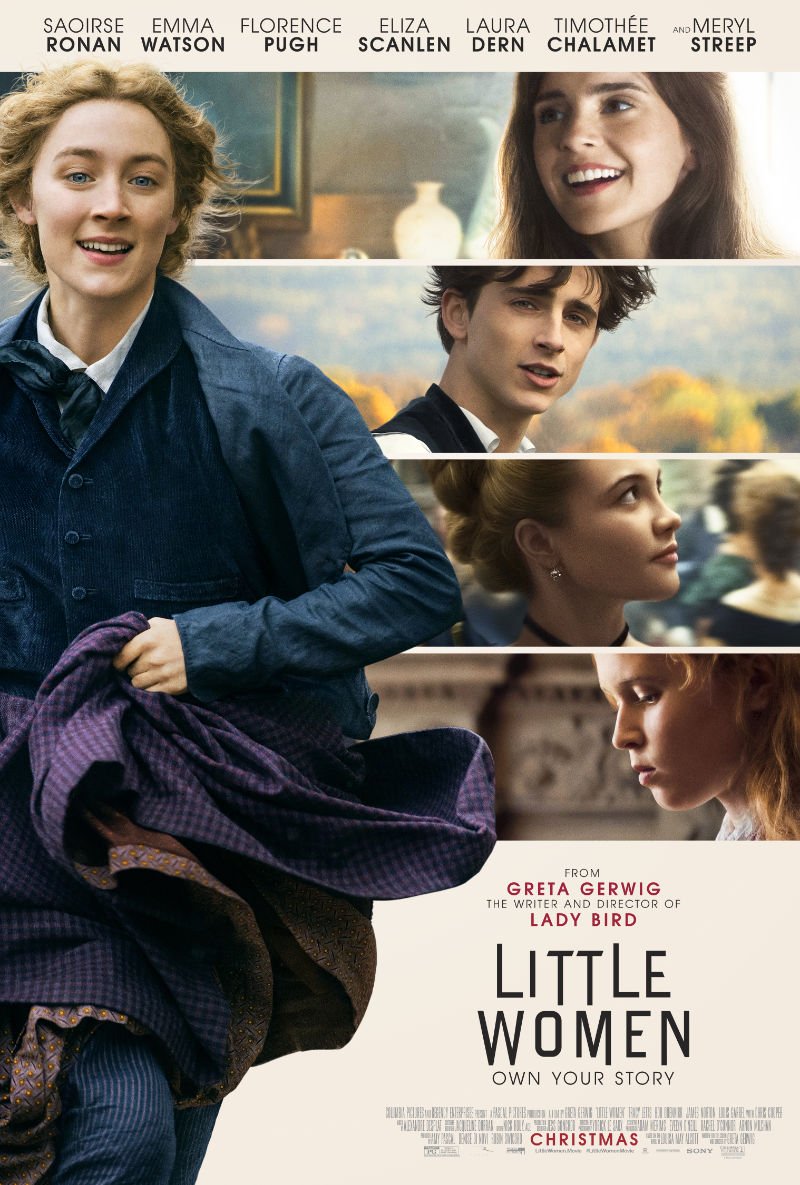