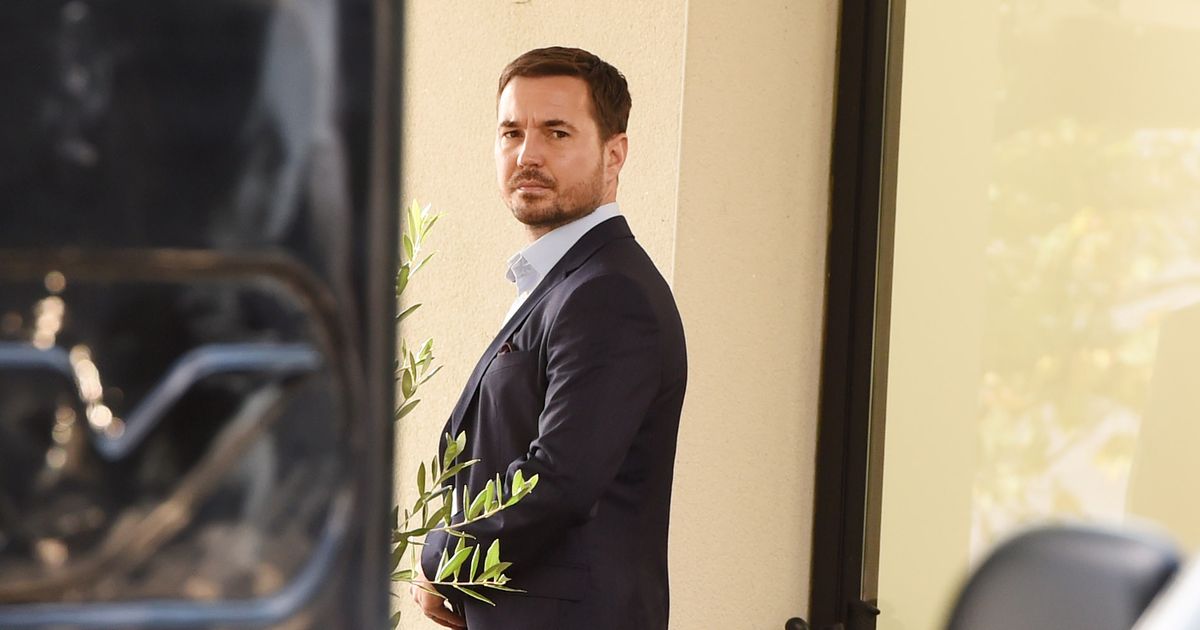 Cop a load of Martin Compston in his latest role.

The Nest tells the story of wealthy couple Dan (Martin) and Emily (Sophie) who live in a fabulous house on the outskirts in Glasgow.

They are desperate for a child and after years of trying to conceive, they enter into a pact with wayward teenager Kaya (Mirren Mack), who agrees to be a surrogate.

Yesterday, Martin and Sophie were filming in Cove, Dunbartonshire.

Earlier this week, Martin and fellow Scot David Hayman shot scenes in Glasgow for the drama, which was written by Bafta winner Nicole Taylor.

Martin said: “Nicole is one of the most exciting and original voices in writing today. I’m chuffed we’re finally working together.

“Combined with filming in Glasgow and going back on to BBC1 in my native west coast accent, that makes it a dream scenario.”