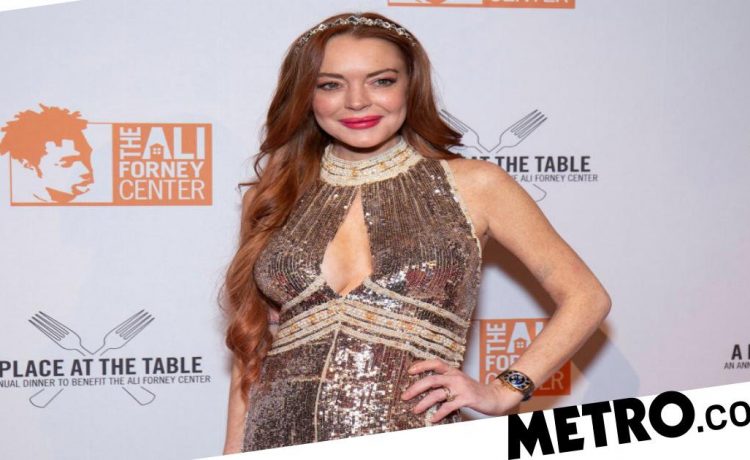 The woman behind classics such as Mean Girls, Freaky Friday and The Parent Trap has landed herself a Netflix Christmas movie, and we’re already wishing summer away.

Netflix confirmed that Lindsay, 34, will take the lead in an as-of-yet unnamed romantic comedy ‘about a newly engaged and spoiled hotel heiress who finds herself in the care of a handsome, blue-collar lodge owner and his precocious daughter after getting total amnesia in a skiing accident’.

Many, many people pointed out under the announcement on Twitter that this sounds very much like the plot of the 1987 Goldie Hawn and Kurt Russell comedy Overboard, in which an heiress falls off a yacht and suffers amnesia, only to end up in the care of a local carpenter she ripped off.

The roles were switched in the 2018 remake starring Anna Faris and Eugenio Derbez, and Netflix’s new film seems to have just switched the cause of the amnesia and the season.

Others suggested that Netflix’s new project sounded more like a Lifetime or Hallmark holiday movie – but either way, there was a lot of excitement about the return of Lindsay Lohan to the world of cinema.

Her Mean Girls co-star Jonathan Bennett, aka Aaron Samuels, tweeted: ‘Totally here for this!!!! Love it!’, while others predicted a Lohan renaissance.

The rest of the cast has yet to be announced, but Janeen Damian will direct, while the script was written by Damian, Michael Damian, Jeff Bonnett and Ron Oliver.

We also may be waiting until Christmas 2022 for the Lohan festive spectacular, as production doesn’t begin until November.

Netflix has become a go-to hub of Christmas cheer thanks to its originals including Jingle Jangle, A Christmas Prince and Vanessa Hudgens’ The Princess Switch, which was based off The Parent Trap.

It all comes full circle.

Back in the noughties, Lindsay was one of the highest profile teen stars thanks to roles in films including Mean Girls, Confessions of a Teenage Drama Queen, Just My Luck and Freaky Friday.

However, her personal life began to overshadow her career and while she starred in a handful of films over the last decade, Lindsay began to concentrate on her nightclub and resort business in Greece.

The actress has been living between Dubai and Europe for the last few years, and was last seen acting on our screens in the 2018 Sky One comedy Sick Note, and in the 2019 supernatural horror film Among the Shadows.

READ  ‘The Art of Racing In the Rain’ Review: A New Dog Gets Up to Some Old Tricks
Share on FacebookShare on TwitterShare on PinterestShare on Reddit
newsgrooveMay 25, 2021