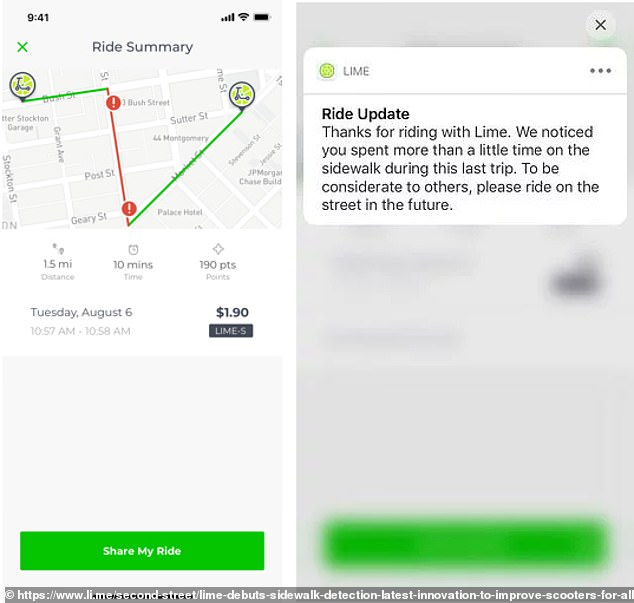 Lime wants to clean up its e-scooters’ reputation for being a pedestrian’s nightmare by imploring riders to take their excursions off the sidewalk.

This week, the company launched a pilot program in San José, California that uses on-board sensors to detect when a rider is using the scooter on the sidewalk and then sending a push notification to their phone asking them to stop.

‘We began developing sidewalk detection over a year ago as a commitment to the safety of the communities we quickly became a part of,’ Nick Shapiro, Lime’s Head of Trust and Safety, said in a statement.

‘We know that micromobility can only be successful if riders and communities feel safe, and at Lime, we’re dedicated to advancing safety for all.’

On the left is a picture showing how Lime may send riders a map of where they veered off course. On the right is a sample notification of how Lime will urge riders to ride on the street

Lime says that it will use a mixture of data from on-board accelerometers and even sensors that judge vibrations caused by whatever surface the scooter is riding on to determine if a rider is taking a forbidden route.

That data is then crunched by a ‘sophisticated statistical’ AI which the company claims can detect what surface a rider is on with 95 percent accuracy.

Lime says it will only reach out to users who spent 50 percent more of their journey riding on the sidewalk and in the future will send riders a map of where exactly they rode their scooter out-of-bounds.

The company’s decision to introduce such technology to its increasingly popular brand of e-scooters follows mounting backlash against the startup’s presence in major metro hubs.

Lime scooters have come to be loathed by urbanites who complain that riders often drive dangerously on sidewalks, reaching up to 16 mph.

Those negative feelings manifested on social media in 2018 with viral pictures of people throwing e-scooters, including those made by Lime, into garbage cans and into pools.

Last year, electric scooters also drew scrutiny from municipalities across the country after reports spread of serious injuries that involved some riders flying over the handlebars.

In Australia, some doctors warned against riding one of the scooters last year.

Chair of the Royal Australasian College of Surgeons, Trauma Committee Dr John Crozier even called for legislation liming the vehicles.

‘We also urge that the safety of pedestrians and other road users is considered in any future decisions regarding the use of scooters as we have seen that the injuries are not isolated to scooter users alone,’ he said last year. 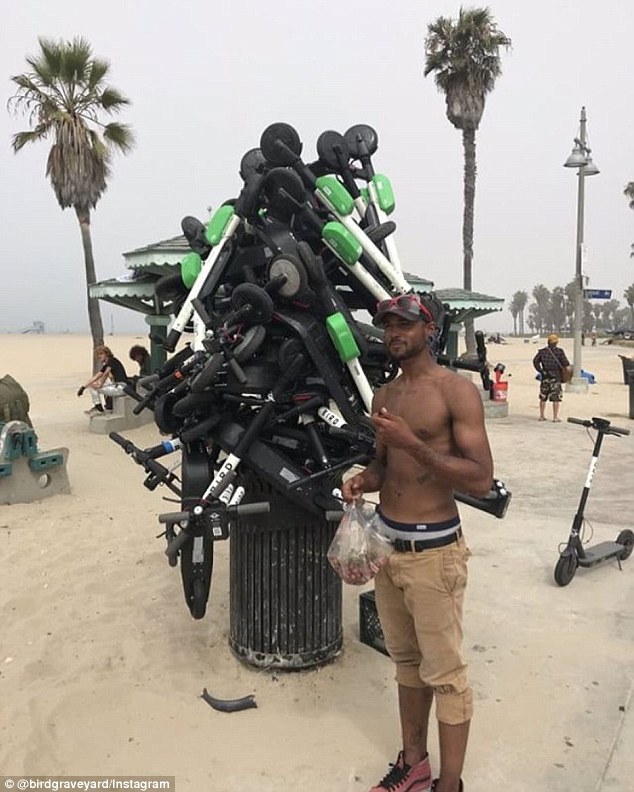 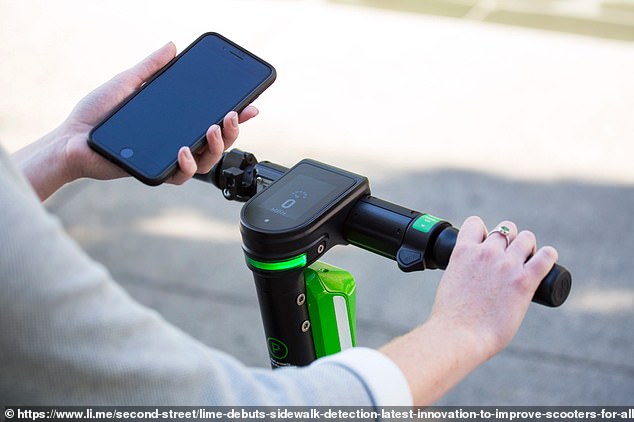 ‘This innovative approach enhances San José’s micromobility and pushes the entire industry to make it safer for scooters and pedestrians to equitably share our streets.’

Without the faith of regulators and the communities that Lime operates in, the company may struggle to correct its course. This month, Lime laid off 14 percent of its workforce.