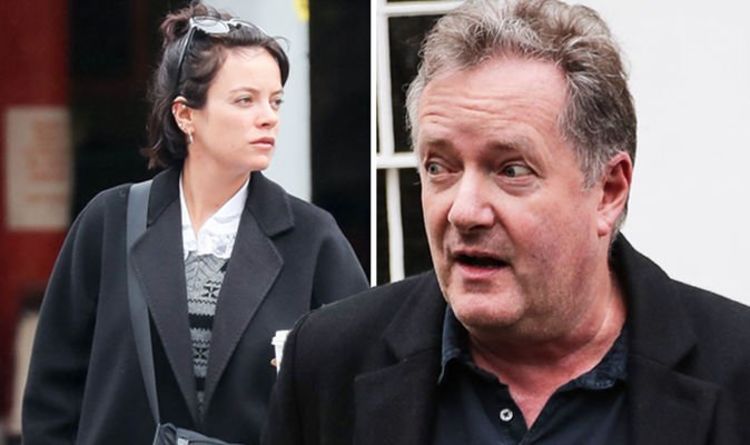 Lily Allen, 35, recently called out the former Good Morning Britain host Piers Morgan, 56, in a post on Twitter. It comes after the ITV anchor vowed to air his side of the story following his dramatic exit from the news programme earlier this month as a result of his comments about Meghan Markle and her explosive interview alongside Prince Harry with Oprah Winfrey.

Taking to the micro-blogging site, Lily reacted to Piers’ message ahead of his column being published.

In view of his 7.8 million followers, Piers tweeted: “BREAKING: The REAL truth.

“My exclusive article for tomorrow’s Mail on Sunday about Meghan, Oprah, Sharon, Susanna, GMB, racism and a shocking assault on freedom of speech.”

The It’s Not Fair hitmaker shared a screenshot of the former GMB presenter’s message.

In view of her 5.3 million followers, Lily penned: “Never has much to say about men.”

In a follow-up tweet, the singer wrote: “Great that Piers Morgan has finally got a platform to air his opinions.”

It comes as Piers wrote in his Daily Mail column what he says is “the truth” about his departure – the reactions from his co-stars and the death threats that ensued following his claims about the Duchess of Sussex.

Piers admitted some of his words had been “deliberately misconstrued”.

He went on to say that Susanna was a “decent person” and guessed that she was most likely feeling “angry and sad” that her co-host had quit when the programme was receiving its best viewing figures to date.

READ  AJ Pritchard: ‘So hard on herself’ Strictly star on partner Saffron Barker amid cosy photo

The following day Piers and Susanna went out for lunch to clear the air.

The broadcaster also touched on his heated exchange with former co-star and weather presenter Alex Beresford.

He wrote: “I don’t mind outside guests trying to make a name for themselves by whacking me like this, but I wasn’t going to sit there and take it from one of my own team, especially someone who I’ve gone out of my way to help whenever he’s asked me for advice about his career.”

The small-screen star also addressed his pal Sharon Osbourne ahead of her exit from US chat show The Talk after she came to Piers’ defence over his comments on GMB.

Piers claimed that Sharon is “paying a heavy price” for defending him.

Over the past few weeks, Piers has been sharing insights about what happened on his social media.

ITV confirmed his exit in a statement reading: “Following discussions with ITV, Piers Morgan has decided now is the time to leave Good Morning Britain.