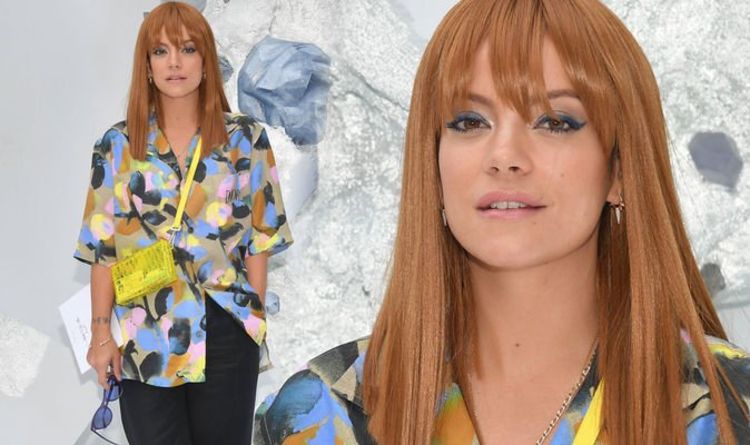 Lily Allen looked drastically different when she arrived at a catwalk show in Paris yesterday.

The 34-year-old singer showed off her new look when she was pictured at the star-studded Dior Homme fashion show which took place during Paris Fashion Week.

The Smile hitmaker sported a sleek new hairstyle for the event – debuting her red locks in a shoulder-length straight cut for the first time at a public engagement.

She posed for pictures as she made her way into the venue ahead of the runway show.

Lily stood out from the crowd in a colourful Dior shirt which she teamed with a pair of wide-leg black trousers and a pair of white trainers.

She completed her look with stylish blue-tinted sunglasses and a bright yellow perspex bag, from the same designer, which she wore across her body.

The mother-of-two looked remarkably different at the fashion event compared to her appearance in New York at the start of the month.

The pop star sported long dark hair when she performed on stage at the 2019 Governors Ball Festival on June 2.

Before taking her seat on the front row at the catwalk show, Lily posed for pictures with British fashion designer Kim Jones, 39.

The artistic director for Dior Men is the man behind the Spring/Summer 2020 collection which was on display.

Showcasing their individual style, Kate wore a silvery grey satin shirt and tailored trousers while her daughter opted for a newspaper print dress and chunky boots.