Lightning was unmasked during Monday night’s episode of The Masked Singer Australia.

The mystery celebrity behind the mask was revealed to be Cody Simpson’s sister Alli Simpson.

Alli left all four judges Dannii Minogue, Jackie ‘O’ Henderson, Urzila Carlson and Dave Hughes stunned after taking off her mask, with none of them guessing correctly. 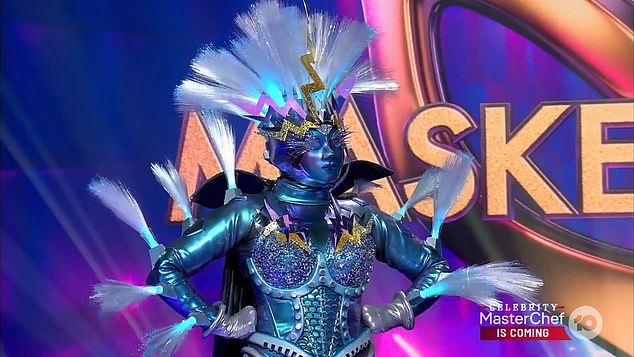 Who is behind the mask? Lightning on The Masked Singer Australia is REVEALED… and all the judges guessed wrong

Lightning competed against Kebab during the episode, and finished in last place in the viewer voting.

The model was revealed after her rendition of Rachel Platten’s Fight Song failed to impress the show’s virtual audience. 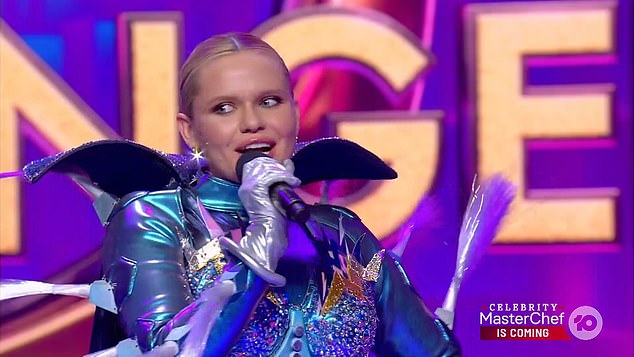 Surprise! The mystery celebrity behind the mask was revealed to be Cody Simpson’s sister Alli Simpson

‘I absolutely loved it. I love being able to just sing and nobody can see you,’ she said after taking off her mask.

‘Performing on stage was new for me, and I loved every second,’ Alli added.