Life after death: Vortex from the heavens opened up to dying woman – claim 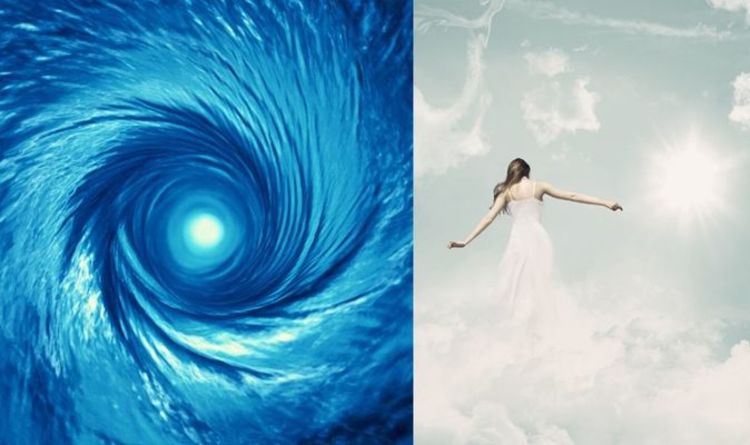 A severe infection of the leg which led to septicaemia caused a woman to briefly die. While the person, known as Alison, was temporarily dead, where her heart had stop beating, she believes she saw a portal to the other side. As she laid in bed, the portal apparently opened up where she says she heard a voice from the heavens.

Writing on the Near Death Experience Research Foundation (NDERF), Alison said: “I heard a female voice coming from near my left shoulder. There was absolutely zero room for even a child to stand in that space.

“The voice was kindly. I opened my eyes. At what would be waist level if I’d been standing up, there was a tunnel of light.

“It looked a bit like a vortex in the middle of the space by the right side of my bed.

“It was so soft looking, like down on a baby chick. It was the softest thing I have ever seen.

“There was a sense of movement, such that if you went into the tunnel, you’d be moved up.

“There was the most wonderful sense of supernatural peace. It is hard to put into words.

“I was not at all afraid and it all seemed utterly natural. The voice said, ‘You can come if you want to, but you can never come back.’

“This voice was supernaturally kind and peaceful too. I immediately and without thinking said,’No, I must stay. My children need me.’

“I have three children who were ages 19, 17 and 15 at the time. Immediately, but gently, the voice and the vortex disappeared.”

READ MORE: Life after death: Man opens up about seeing Jesus in the afterlife

He said thanks to modern technology and science “death does not have to be limited to philosophy and religion, but it can be explored through science”.

He added: “They can hear things and record all conversations that are going on around them.”