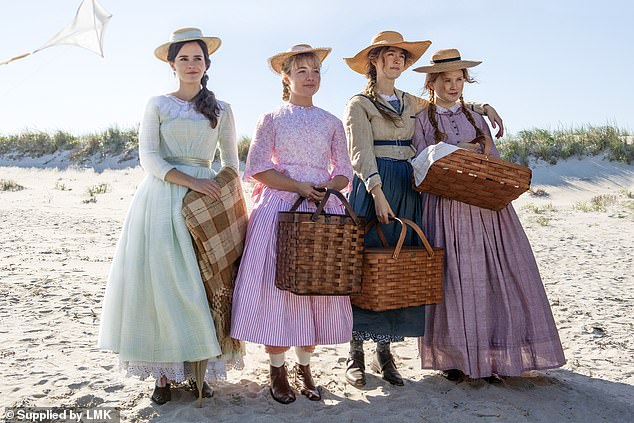 What do we know about modern women? Several things: we don’t like being belittled; we don’t like being defined simply as daughters, sisters, wives or mothers; we aren’t devoutly religious; and we think we are worth a few luxuries and an occasional pampering. Oh, and we’re keen on sexual freedom, too!

So why, again and again, do we fall with glee on Louisa May Alcott’s novel Little Women, and its sequels including — gasp! — Good Wives?

Even the author herself, a peppy liberated feminist, anti-slavery campaigner, and civil war nurse, called the books ‘moral pap for the young . . . I plod away, though I don’t enjoy this kind of thing’.

Florence Pugh , Emma Watson , Saoirse Ronan and Eliza Scanlen are pictured above in the new Little Women film. So the affection for this united, idealistic family in the 1860s, with the nurturing matriarch Marmee and a devoted father, who lost all his money helping friends in debt and is now an army chaplain away at war, keeps drawing us back

Which — given that the books are regarded as a semi-autobiographical account of Alcott’s own experiences growing up as the second of four sisters in Concord, Massachusetts — should come as no surprise.

And she was certainly glad of the income her books generated, but shuddered at the ‘sweetness’ of the tales of marriage and motherhood.

Yet sometimes, ironically, a book knows more than its author does, or admits. So the affection for this united, idealistic family in the 1860s, with the nurturing matriarch Marmee and a devoted father, who lost all his money helping friends in debt and is now an army chaplain away at war, keeps drawing us back.

It isn’t just bonnet-nostalgia or even the yearning back to something honest, frugal and virtuous (Jo might grumble in the memorable opening line that ‘Christmas won’t be Christmas without any presents’, but the sisters give away their Christmas breakfast to a poor family).

It is also the fact that somehow, across the yawning years, I believe that we can all find ourselves — or some aspect of ourselves — in those pages.

And it’s not just women, either: who can forget the glorious moment in the hit sitcom Friends, when dear, dim Joey is engrossed in the novel, and someone lets slip a terrifying spoiler so that his face crumbles with a cry of: ‘Whaaat? Beth dies?”.

Seven film adaptations have been made in the past century; the latest directed by Greta Gerwig has opened in the past week to starry reviews.

The Mail’s Brian Viner described it as a ‘ravishingly shot, exquisitely acted emotional rollercoaster that at times, I don’t mind admitting, didn’t just activate my tear ducts but had me gurning wildly to stop myself from blubbing audibly’.

It was, he added, ‘a bona fide treat for the whole family’. 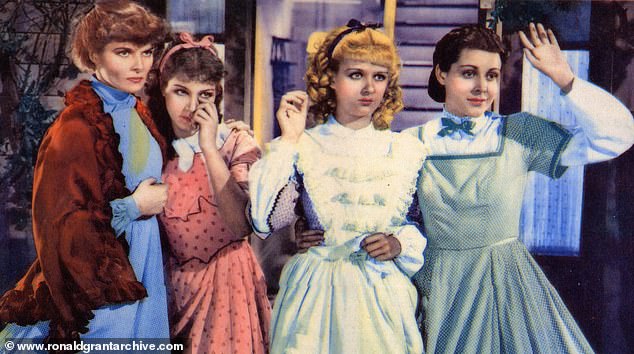 It is also the fact that somehow, across the yawning years, I believe that we can all find ourselves — or some aspect of ourselves — in those pages. From left, Katharine Hepburn, Jean Parker, Joan Bennett and Frances Dee are drawn for the 1933 film

It is the award-winning Irish actress, Saoirse Ronan (star of films such as Atonement, Lady Bird and Mary Queen Of Scots) who gets the plum role of the clever, rebellious Jo who, for most fans, is at the heart of the book.

Indeed, it was Gerwig’s ‘love affair’ with Jo as a character that she says prompted her to embark on her own interpretation.

(There has also been a play, an opera, a ballet, a Broadway musical, and even a bizarre Japanese interpretation called Wakakusa no Yon Shimai or ‘Four Sisters of Young Grass’. And there have been many television series, both good and terrible. The BBC alone has done four.)

In the 1949 film, which is the version most of us of a certain age remember, Elizabeth Taylor was pretty Amy in one of her first big roles, and Peter Lawford perfect as the tempestuous, motherless, spoiled and lonely boy-next-door, Laurie, in the care of his stern and wealthy but overly protective grandfather. 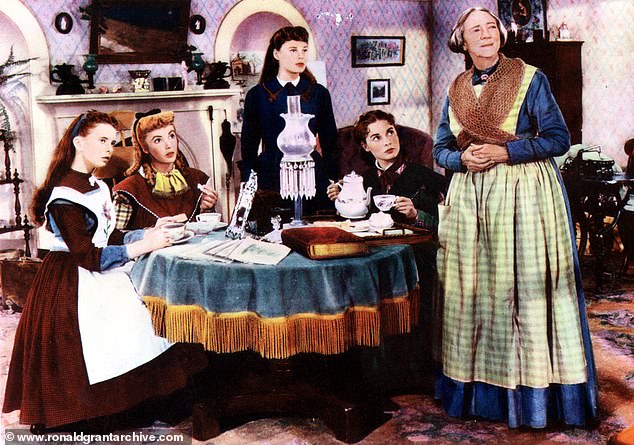 In the 1949 film, which is the version most of us of a certain age remember, Elizabeth Taylor was pretty Amy in one of her first big roles, and Peter Lawford perfect as the tempestuous, motherless, spoiled and lonely boy-next-door, Laurie, in the care of his stern and wealthy but overly protective grandfather

Laurie, of course, is desperately in love with Jo, who turns him down because she instinctively knows that she wouldn’t be good for him — and besides, she wants to go to Europe and be a writer (just like her creator Alcott).

‘Girls write to ask who the Little Women marry, as if that was the only aim and end of a woman’s life,’ Alcott wrote in her journal.

‘I won’t marry Jo to Laurie to please anyone.’ (Alcott herself never married — though there was a fling with a handsome Pole who had curly black hair just like Laurie.)

Over the years, a few voices have been raised in protest at the popularity of Little Women.

Lionel Shriver, author of We Need To Talk About Kevin, says she ‘rolls her eyes’ at yet another version.

Feminist writer Linda Grant found the book ‘depressing’, and Louise Doughty, whose heroine in Apple Tree Yard had adulterous sex with a stranger in a House of Commons broom cupboard (not something a Little Woman would ever do) has also objected.

The author Alex Preston criticises the books because, he says, they ‘do not challenge traditional ideas of femininity . . . [are] comfort food and deeply conservative’. 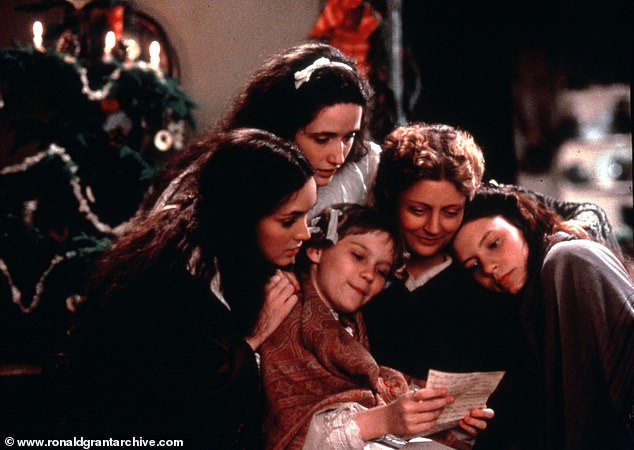 And, indeed, they often exude a cloying sweetness and old-fashioned values: not just kindness, frugality and family love, but respect for elders such as the tyrannical, wealthy Aunt March — a star turn by Meryl Streep with a string of acid comments such as ‘I may not always be right, but I’m never wrong’ — and humility and apology when you’ve erred.

No one says it’s ‘because I’m worth it’ or moans that their mental health will suffer from any setbacks.

But the books have huge virtues for all their un-modern values and occasional overload of emotion. I’m as soppy as most, but the death of the saintly, passive Beth, who contracts scarlet fever after visiting a poverty-stricken German family and never recovers her health, leaves me strangely dry-eyed, but in others I know it can trigger a flood of tears. 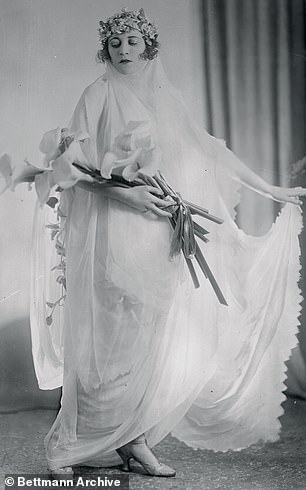 Gaiety Girl Ruby Miller was Jo in the 1917 version

That said, some critics believe that Alcott intended this storyline as a tribute to her own sister, Lizzie, who also suffered the consequences of a bout of scarlet fever that wasted her body.

The joy of the book is how, within the restrictions of 19th-century society, the three surviving sisters epitomise three particular kinds of female character and aspiration.

Meg, the eldest, is focused on marriage and babies, dusting, cooking and nurturing just like their very own Marmee did.

She’s ‘tired of being poor’, and buys some silk for a new dress — whereon, without reproving her, the saintly Brooke cancels his order for a new winter coat. Meg is humbled, sells the silk to a rich pal and buys her husband the coat.

Modern readers may grit their teeth and snarl: ‘Why can’t she go out to work and run a hedge fund and buy her own dress?’

But the point is she couldn’t, and instead she settled for good-wifehood.

Sister Amy, on the other hand, knows her value, aspires to social status, cultivates Aunt March with her cool, good manners, and so gets a trip to Europe (to Jo’s utter despair) as her companion and eventually marries the gorgeous (and rich) Laurie.

(Though not after reproving him for laziness —we ladies have the duty of reforming blokes, OK?) 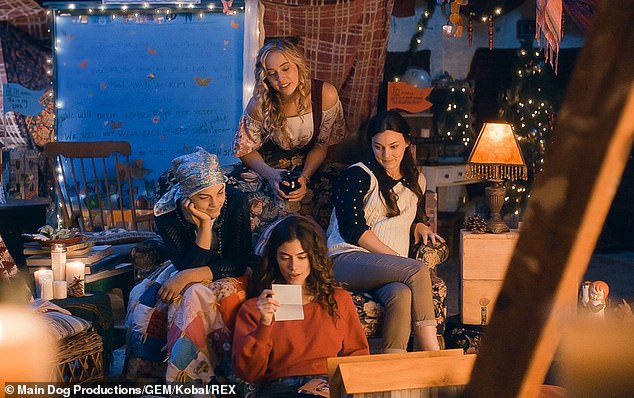 Over the years, a few voices have been raised in protest at the popularity of Little Women. Clockwise from left: Allie Jennings, Taylor Murphy, Melanie Stone and Sarah Davenport are seen in 2018’s Little Women

Our real modern heroine, though, is Jo. She is 15 at the start of Little Women, lively, full of scrapes and larks, flies kites with Laurie, spurns social graces and loves to write.

Like Alcott, who made her first money writing horrifying blood-and-thunder stories, Jo also indulges in similar hyperbolic stuff — and is later rebuked for it by the good Professor ‘Fritz’ Bhaer, a German immigrant whom she meets in a boarding house when she moves to New York in search of literary success, and eventually marries.

It is Jo’s energy, her rebellion and her ambition that we warm to. Alcott once wrote that: ‘I am more than half-persuaded that I am a man’s soul put by some freak of nature into a woman’s body’.

And paradoxically, or maybe not, that boyishness made her sensitive and forgiving and amused by women as well as giving her a deep empathy for boys — just like Jo.

In later books Little Men and Jo’s Boys, Jo and her husband start a school for troubled boys: the fun in these is, to me, better than the original tale of the four girls. 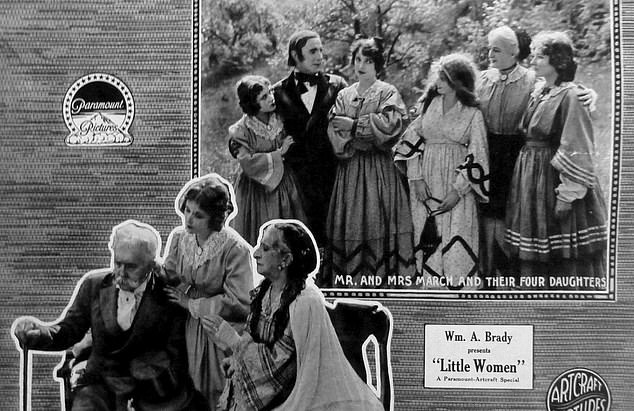 This silent movie starred Dorothy Bernard (second left) in 1918. The joy of the book is how, within the restrictions of 19th-century society, the three surviving sisters epitomise three particular kinds of female character and aspiration

Jo, now with two sons of her own, is both a kindly mother and larky big sister to the young lads she takes in: they start fires, steal, fight, slide down the banisters, hold violent pillow-fights and gradually reform.

Meg and Amy are both ‘aunties’ to those boys, although Amy’s princessy little daughter is not allowed to fall for Dan, the wild one.

And when Jo decides Meg’s daughter, Daisy, is too girly, she introduces her to a wild little girl called Nan, who grows up to be a doctor and spurns marriage.

While women recognise elements of the sisters in themselves, men, if they pay attention, will notice that each of us has a bit of Amy (she’d be an Instagram queen today), a bit of Meg (a young Mary Berry?) and a great deal of Jo.

Once again, then, we salute those Little Women. 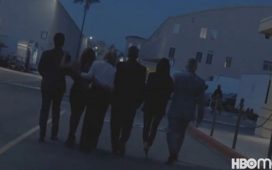 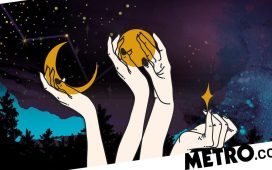