Lewis Capaldi’s hilarious entrance to the Glastonbury festival will no doubt go down in history as one of the Scottish singer’s most iconic moments.

Wearing a parka, bucket hat and stylish sunglasses, he swaggered onto the stage poking fun at Noel Gallagher to the sound of “here comes the money”.

The pair have been locked in a feud over the last few weeks – with Noel’s estranged brother Liam also getting involved.

But how did it all come about? Here we delve into exactly what’s happened so far in the Lewis vs Noel beef.

It all started two weeks ago, when the Bathgate lad got “slagged aff” by the legendary rocker.

The 52-year-old, who was being interviewed on Radio X on June 15, went on an expletive-filled rant about the state of modern music.

During the interview he asked: “Who is this Capaldi fella? Who the f**k is that idiot?”

Scottish radio show host Gordon Smart, from Edinburgh , comes to the Someone You Loved star’s defence, telling Noel: “I’m going to stand up for him, I think he’s funny as f**k. 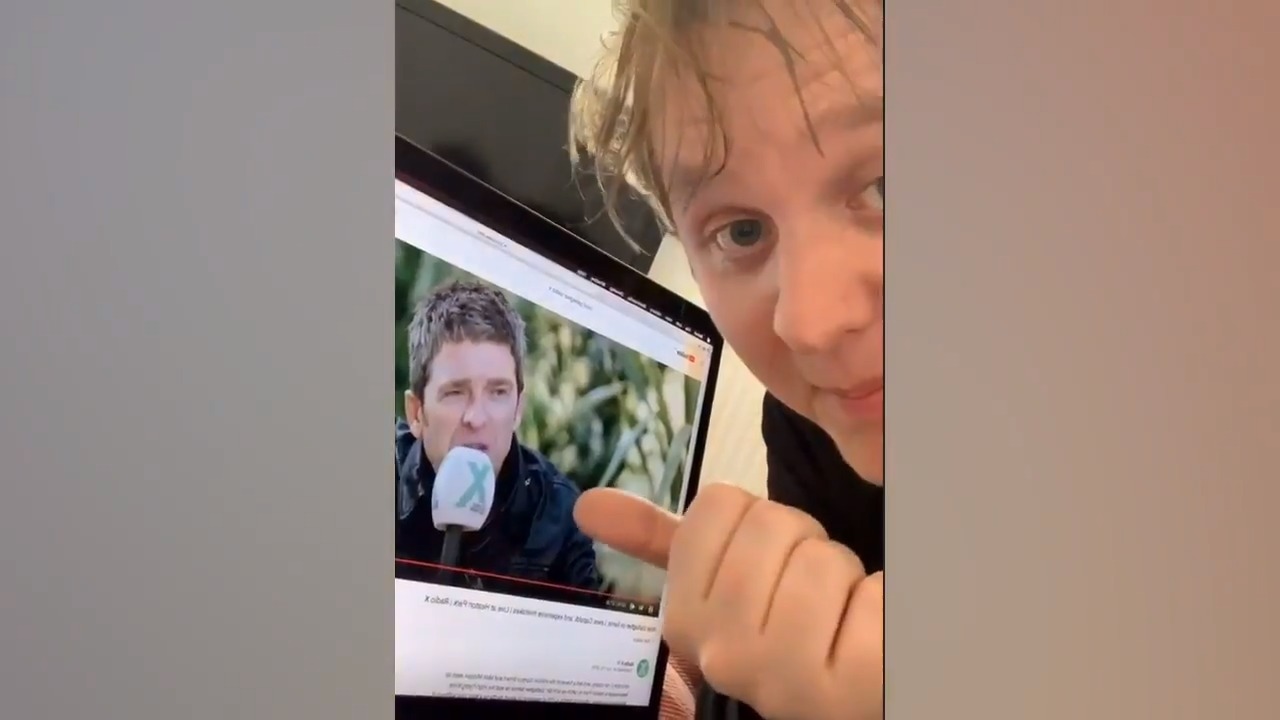 Noel then controversially accuses the host of only sticking up for the singer “because you’re Scottish.”

He then goes on to say: “You f****n’ Scottish. If they found out Hitler was Scottish they’d go ‘aw the wee man was just a wee bit misunderstood’.”

But in his typically hilarious fashion, the West Lothian singing sensation filmed his reaction in a 22-post Instagram story.

“I love Noel Gallagher and he’s just slagged me aff. What a day. In fact I’m getting my haircut.”

He then trolls through pictures of Noel’s trademark haircut from the 90s while saying “that’s the one”.

“I need a parka as well”, he adds, before looked at images of jackets and bucket hats popularised by the band.

And so the feud had well and truly begun.

It wasn’t long before Gallagher snapped back at the Scottish singer – in what was arguably an even better comeback.

In the clip, youngster Donovan Gallagher can be heard singing snippets from Lewis’ song ‘Someone You Loved’ while pretending to cry.

Noel accompanied the clip with the caption: “You might wanna try and find some joy in your tunes you’re destroying the youth… my 11 year old is in bits.”

But it wouldn’t be a real Noel Gallagher feud if estranged brother Liam didn’t get invovled.

Rather unsurprisingly, Oasis legend Liam took the position opposite from Noel when it comes to the chart topping Scot.

When asked by a fan “do you like Lewis Capaldi”, he tweeted: “I do now” – after being well-informed of the beef between the two stars.

Capaldi then used his highly anticipated Glastonbury festival to tear into the Oasis songwriter, swaggering onto the stage wearing a parka, bucket hat and stylish sunglasses in Gallagher-esque fashion.

He then stripped off the coat to revealed a t shirt with Noel’s face in a love heart printed on it, before launching into his much-anticipated Other Stage set with his hit Grace.

And just hours after mocking Noel in front of thousands, Capaldi was pictured posing with Liam backstage.

More than half a million people have since liked a series of images from the Scottish star – including with the Oasis legend, showing off his Noel t-shirt and performing on stage.

It’s not surprising that Liam has taken the Scots singer’s defence.

His long-running feud with brother Noel is infamous, and came to a head when the band split in 2009.

It has continued to be played out on social media and the press, with Liam infamously suggesting “I’d rather eat my own s**t than be in a band with him again” in 2011.

Pitbull gives equipment to SLAM! charter school chain he helped start as he invests in CLMBR