Lewis Capaldi has cancelled the next three dates of his UK tour after suffering from serious vocal issues.

The Someone You Loved hitmaker performed to a sold-out crowd at Brixton’s O2 Academy last night, but had to cut the show short due to losing his voice.

Now, the Scottish singer has taken to Instagram to inform fans that the next three dates on his Divinely Uninspired To A Hellish Extent 2019 tour have had to be cancelled. He was set to perform in Norwich, Nottingham and Sheffield.

‘Last night in Brixton was one of the hardest performances I’ve ever had to do,’ Lewis wrote.

‘As you know, I have been struggling with my voice since touring in America and the European leg and much of this UK stretch of this tour has been difficult.

‘I’ve had many urgent check ups[…]I need to take it very easy and unfortunately have to cancel the next three shows to save long-term damage to my voice.’

He continued: ‘I hope that my vocals recover so I can perform shows for the foreseeable future.’

Lewis has certainly had a very interesting break-out year. Someone You Love topped the charts both in the UK and in the US. He became the first British artist to top the Billboard Hot 100 with a song from their debut album since Leona Lewis did the same with Bleeding Love back in 2007.

The meme machine did recently come under fire, however, as he was criticised for ‘advising’ kids to tell their teachers to ‘f*** off.’

The singer’s new song, the first release from the extended edition of his debut album Divinely Uninspired to a Hellish Extent, has just been released, in dedication to his aunt following her suicide. 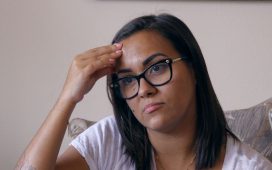