The Lenovo Legion Phone Duel – also known as the Legion Phone Pro in China – is the company’s first attempt at a flagship gaming phone, and it’s gone all-out already.

With the world’s fastest processors, dual batteries, and a selfie camera that pops out of the side of the phone, the Legion Phone Duel isn’t quite like anything else on the market.

When is the Lenovo Legion Phone Duel coming out?

The Legion Phone was announced in China on 22 July, and will go on sale in the country this month too. 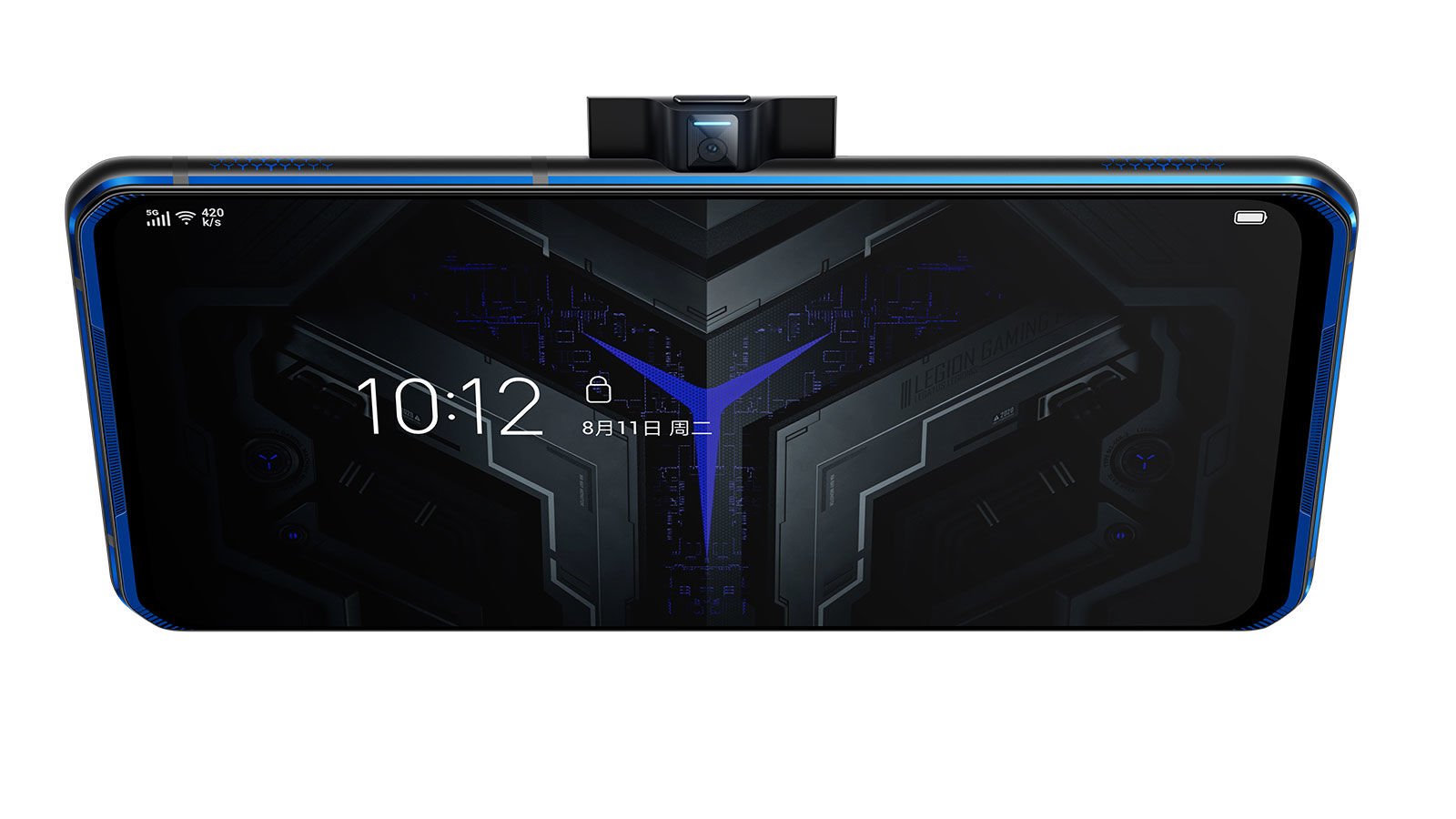 It might take longer to reach other markets however, and we’re also not sure exactly where it will come out. Lenovo says the phone will come out in “select markets in Asia Pacific, EMEA (Europe, Middle East, Africa) and Latin America,” which doesn’t tell us much.

That means there won’t be a US launch for the phone, but we’re not sure if it will come to the UK or not – we’ll update this article when we know more, including how to import the phone.

How much does the Lenovo Legion Phone cost?

Lenovo hasn’t yet confirmed the pricing of the Legion Phone outside of China, but we’ll update this when we know more.

What are the Legion Phone specs & features?

The Legion Phone Duel is a pretty unusual phone. It may look like a standard gaming phone at first, but under the surface there’s a lot more going on. 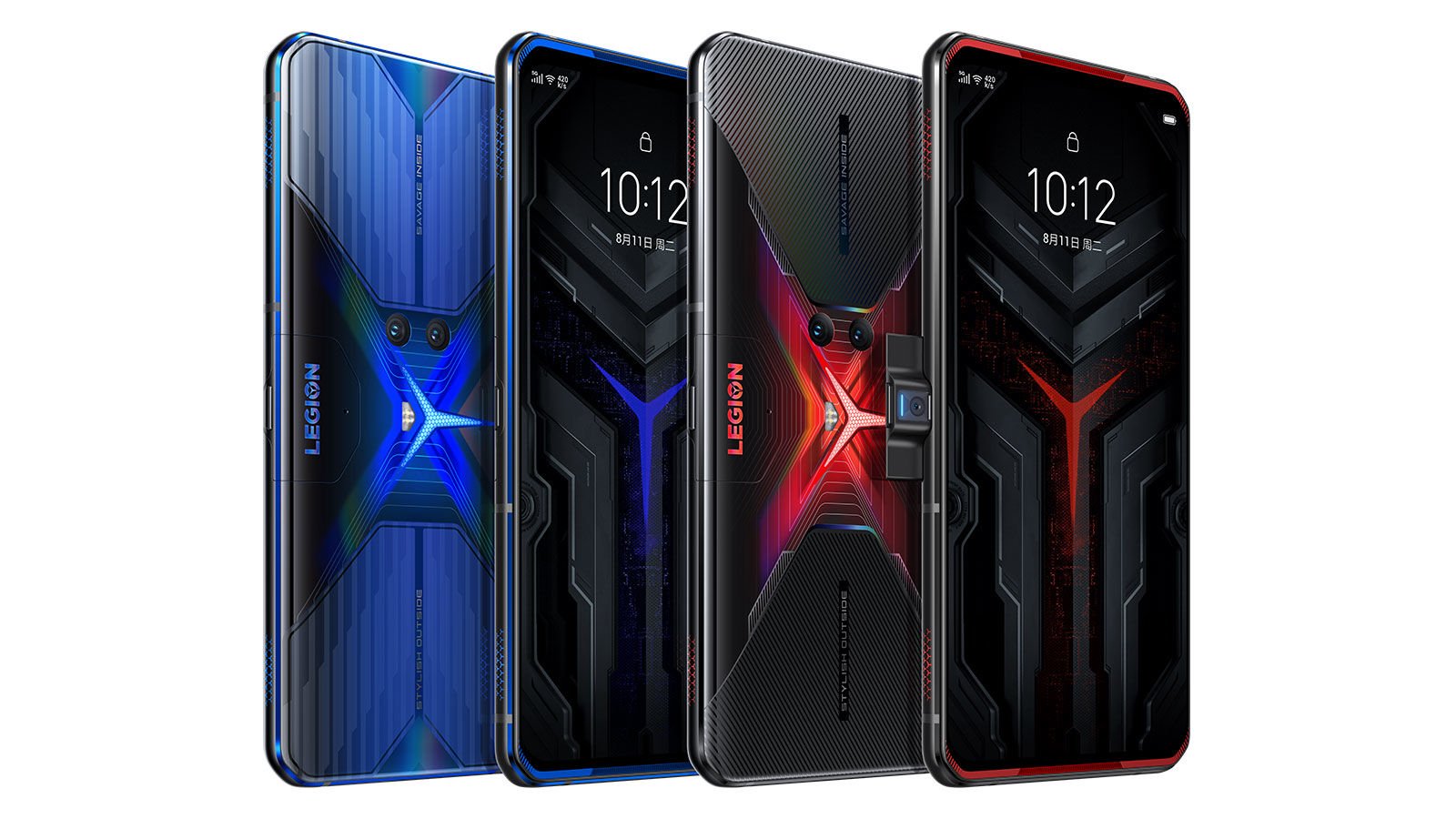 First up, here are the core specs:

The headline spec there is the Snapdragon 865 Plus. This is the overclocked version of Qualcomm’s flagship processor, and the Legion Phone Duel is the first phone in the world to use it, alongside the Asus ROG Phone 3. 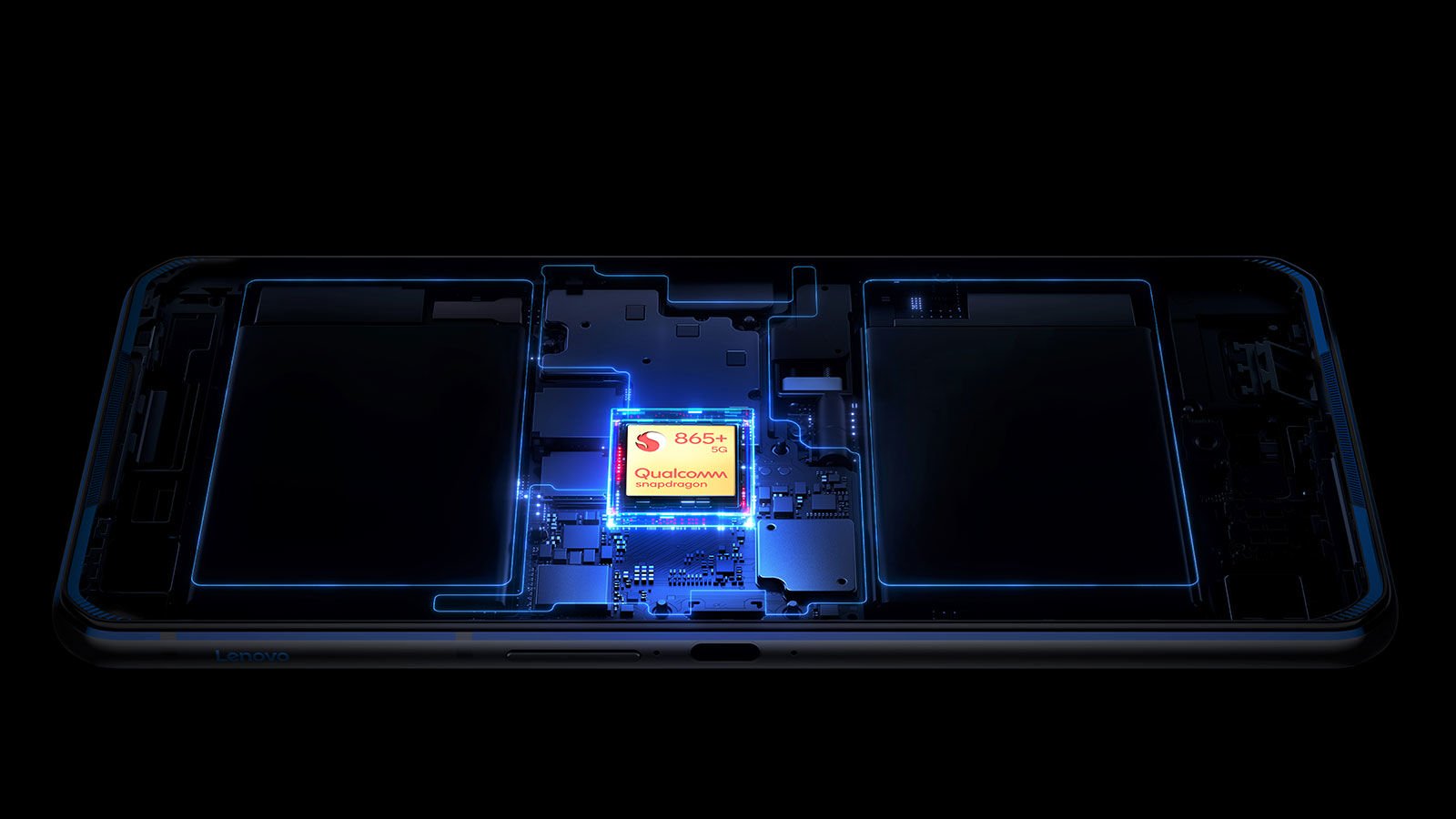 Lenovo is pairing it with up to 16GB RAM and 512GB of storage, so the phone should be blazing fast and have plenty of space for games.

The display is a 6.59in AMOLED with a 144Hz refresh rate. That’s the fastest on the market, though it’s worth noting that Lenovo didn’t get there first – the Nubia Red Magic 5G included 144Hz earlier this year. The display caps out at FHD+ resolution, but most gamers would prioritise frame rate over resolution any day, especially at this screen size. 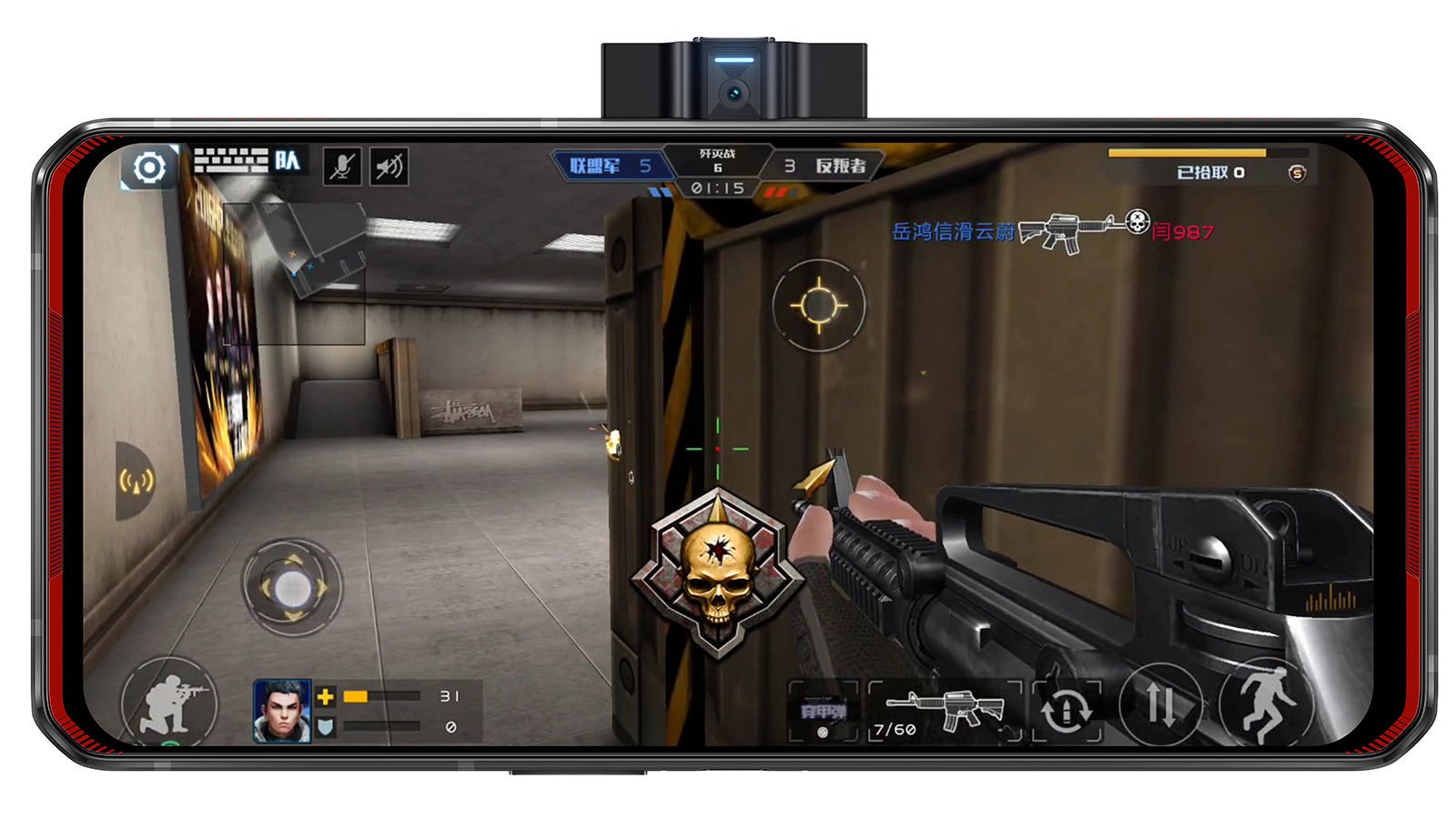 The screen isn’t interrupted by any notch or punch-hole camera thanks to using a pop-up lens – but one mounted on the side of the phone. It’s an unusual choice, but one designed to facilitate selfies and streaming while playing games in landscape phone – and indeed if you open the camera while gaming you can immediately start recording or streaming the camera feed in an overlay, with software that’s supposedly compatible with most major streaming services.

That camera is a 20Mp f/2.2 lens, but the rear cameras are even more impressive. The main lens uses a 64Mp sensor with 0.8 µm pixels and an aperture of f/1.89, which should capture loads of light for excellent detailed images. It’s paired with a 16Mp f/2.2 ultrawide lens, and these are mounted in the centre of the phone so that your fingers won’t block the lenses when it’s held in landscape. 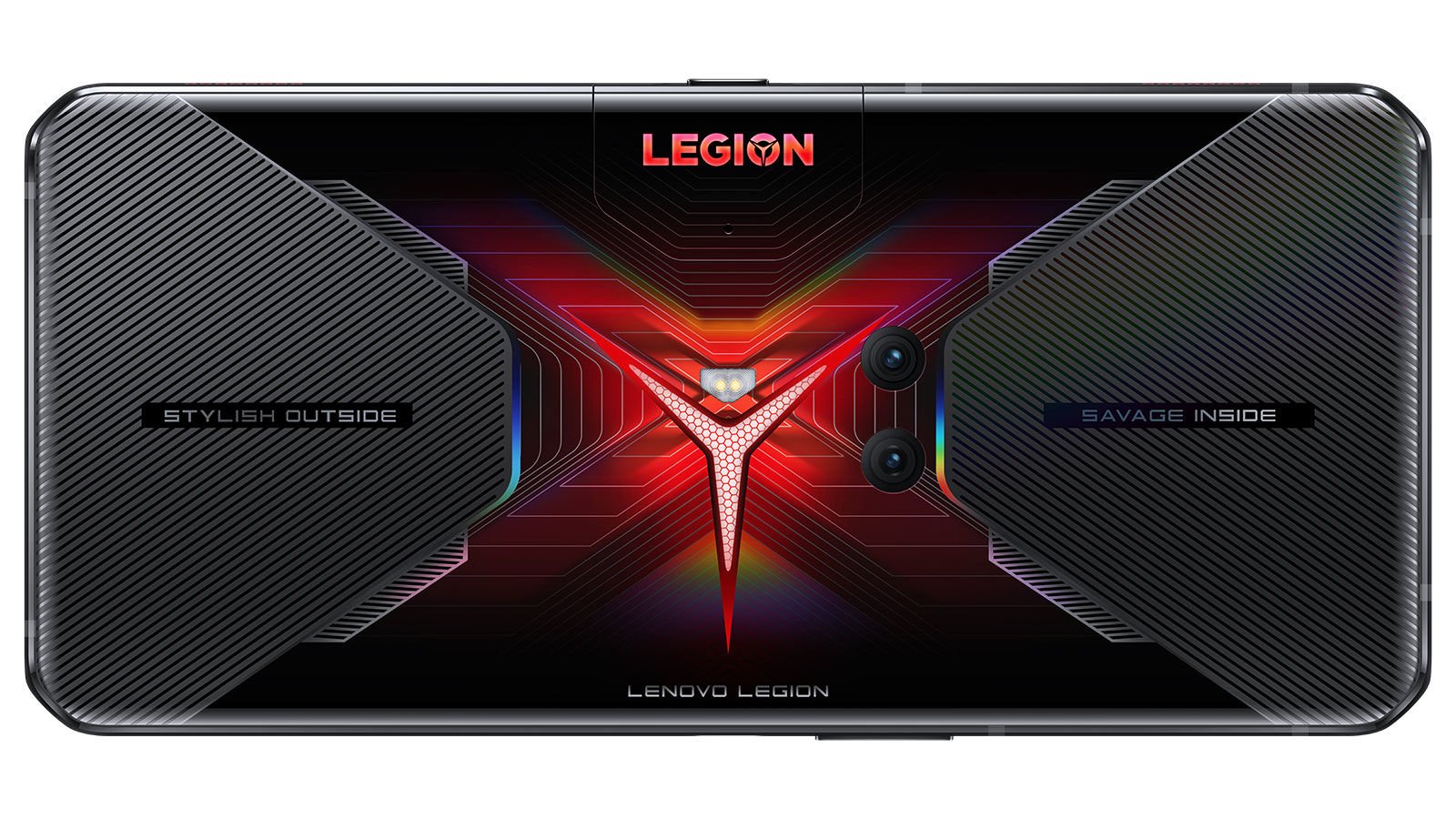 In fact the phone has been designed for landscape use from top-to-bottom. The Legion OS software – built on top of Android 10 – is optimised for landscape use (though you can of course use it in portrait too) and Lenovo has even moved the phone’s internals to optimise cooling (using liquid cooling, naturally) and heat distribution when the phone is on its side.

That comes down to the batteries too – yes, plural. The Legion Phone Duel has a 5,000mAh capacity, but that’s actually split between two 2,500mAh cells. That’s better for heat distribution, but also allows the phone to hit 90W fast charging by charging the two cells simultaneously – though you’ll need to use both USB-C ports at once to hit those speeds, which can top the phone up fully in just half an hour. 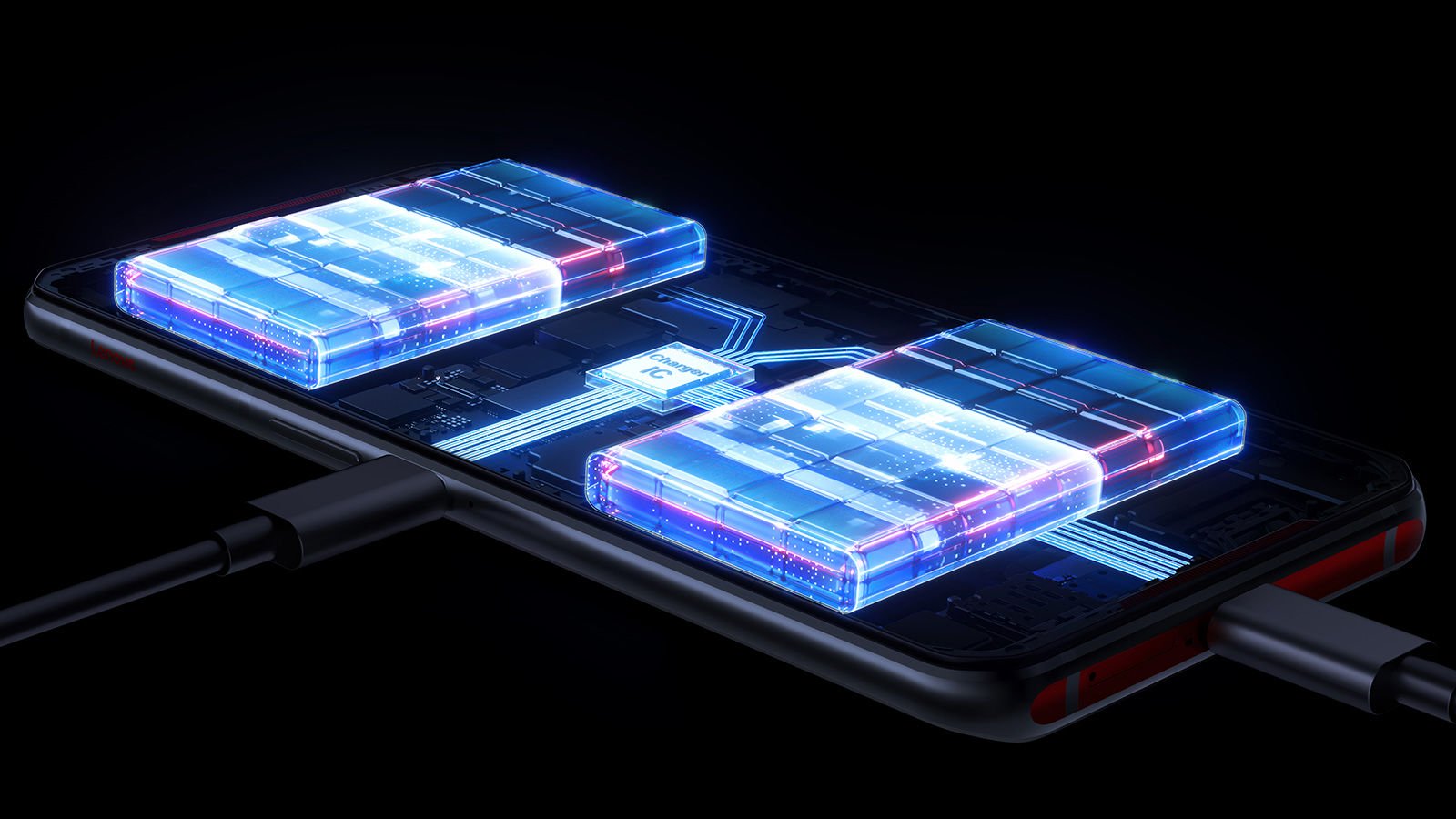 One of those USB-C ports is on the phone’s side – so that it’s at the bottom in landscape, and thus not in the way while charging. The phone also includes ultrasonic shoulder buttons for gaming, and can be paired with either a gamepad or a mouse and keyboard combo for desktop-style gaming from the phone.

The Legion Phone Duel is a gaming phone, so it’s no surprise that it comes decked with RGB lighting across the rear, including on the back of the pop-up selfie lens to complete the effect. It’s available in Vengeance Red or Blazing Blue.