Len Goodman, 76, was revealed to have undergone surgery to remove a cancerous growth from his forehead earlier this month. The former ‘Strictly Come Dancing’ judge pointed towards a bandage on his left temple for a photograph to raise awareness about skin cancer. The TV star, who had a battle with the disease in the past, revealed that he feared losing his job on the BBC if it became common knowledge.

Goodman, who quit ‘Strictly’ after 12 years on the show, kept his diagnosis and surgery secret after a cancerous tumour was discovered in his prostate.

He claimed to have felt “right as rain” before doctors informed him of the news at an annual check-up in a South London hospital.

The dancer explained that he was “obviously worried at the start” and did “feel a bit vulnerable” but surgery went to plan.

Goodman revealed that he had not told anyone other than his closest family and friends during a September 2009 interview with the Mail on Sunday, shortly after his operation.

At the time, he said: “No one at the BBC knows. I didn’t want to tell everyone – it’s not necessary to blabber it out to everyone.”

He explained that the general response was “bloody hell” and he was cautious about disclosing the diagnosis because of the “hoo-ha” at ‘Strictly’.

Goodman added: “I thought, ‘Just my luck, they won’t want that old fart on it, the cancer-riddled, bed-ridden old so-and–so.’

“But they haven’t said that because I haven’t told them. I’ve only told half a dozen people.”

The TV judge waited until he had finished filming ‘Dancing with the Stars’, the US version of ‘Strictly’, to have his operation – his initial diagnosis was in March 2009.

He continued: “I could have said ‘sorry’ and not done the show, but the doctors felt I wasn’t riddled with it and it wasn’t so far advanced that it was a life-or-death scenario

“It takes a few weeks to get everything set up for the operation anyway, so I went ahead and did the show.”

After his operation, which was immediately after he returned, Goodman was confined to hospital for four days as he recuperated and made a steady recovery.

He said: “The trouble with doctors is they won’t tell you definitely what you should do.  They leave it to you.

“So yours is an uneducated guess. They said I could have radiation, but I thought the best thing was to have it removed.

“It was left to me and I felt that was the best route, but whether it is or not I don’t know.

“You’re a bit sore for a while and you can’t play golf, which is the biggest blow at the moment.”

Recently, it was reported that Goodman did not need further treatment for skin cancer after the removal of a concerning mole, according to The Sun on Sunday.

He partnered up with The Melanoma Fund’s ‘Slip! Slap! Swing! Sun Protection Campaign for Golf’ in a bid to encourage others to be careful while out in the sun.

A source close to Goodman explained that he was “recovering well” but urged others to wear sun lotion and to “check any moles they’re worried about with a doctor”.

They added: “It was obviously a shock but he didn’t waste any time in getting it treated.” 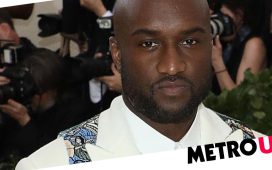 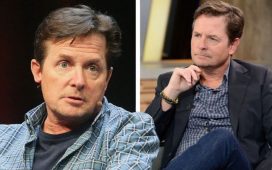 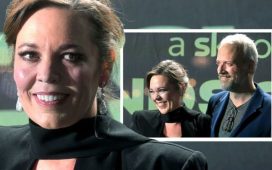 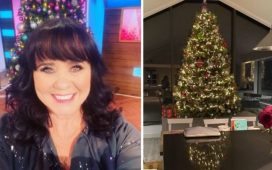 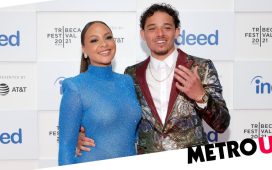