Leia Has a Lightsaber in Latest Star Wars 9 TV Spot 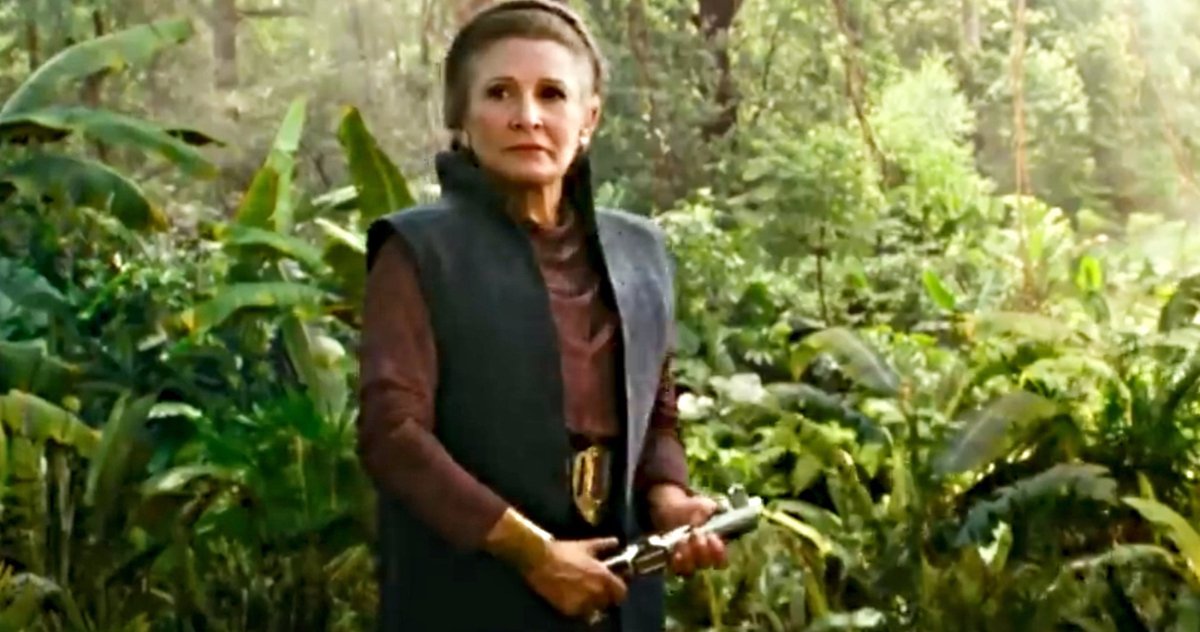 Disney and Lucasfilm are really letting it all hang out with their latest barrage of Star Wars: The Rise of Skywalker footage. They have been dumping spoiler-ish TV spots all throughout the Thanksgiving holiday and today we get one more, this one giving us even more intriguing images to contemplate.

The main takeaway this time around, as seen in the latest 30 seconds of mostly new footage, is that Leia has a lightsaber. It is believed to be Anakin’s old lightsaber, passed to Luke Skywalker before winding up in the hands of Rey. Why is Leia holding the Lightsaber? That’s a question that will be answered when The Rise of Skywalker hits theaters this December just in time for the Christmas holiday.

We can suspect that she is not getting ready for a Jedi lightsaber battle, just from the way she is holding the ancient weapon. We’ve previously seen Rey training in a similar forest setting, and this moment probably comes from that scene. It has long been rumored that the movie will open with a flashback to Luke and Leia training on the Forest Moon of Endor. Leia abandons her Jedi training to care for her son Ben Solo. But the moment was originally said to transition to Leia, in the current timeline, training Rey.

While it looks like scenes of Leia training Rey are still in the movie, it was heavily rumored that the Luke and Leia flashback has been axed, and replaced after reshoots. There is no official word on how this will all play out, but we at least know that at some point, in The Rise of Skywalker, Leia will hold a lightsaber, an image we haven’t seen until this very moment in the official cinematic canon.

RELATED: Ailing Star Wars Fan Got to Watch The Rise of Skywalker Early

The scene in question is believed to be repurposed footage from The Force Awakens, in a moment that was shown off in the original trailers. Maz Kanata is seen passing the lightsaber hilt to Leia, but this was never fully revealed in the Blu-ray release. Now, they managed to somehow retrofit it back into the story being told here.

Along with Leia holding the iconic lightsaber, there are some other interesting moments to dissect and stare at in awe. We see Kylo Ren making his way through a Star Destroyer with the Knights of Ren at his side. We also get to see a couple of hero shots, Chewbacca barking at Poe, as Rey and Ben Solo come face-to-face for their climactic brawl. Luke Skywalker can be heard saying these immortal words.

“We’ve passed on all we know. A thousand generations live on in you now. But this is your fight.”

This latest TV spot is really pushing home the fact that this is the final Star Wars movie. At least for these characters. And the Emperor relishes it all, ‘Let the final battle begin!’ We even get to see BB-8, head down, charging into a fight he can’t win on his own. This latest footage comes direct from the Star Wars Youtube channel.