League of Legends: How Video Games and Esports are Shaping Fashion – InvenGlobal 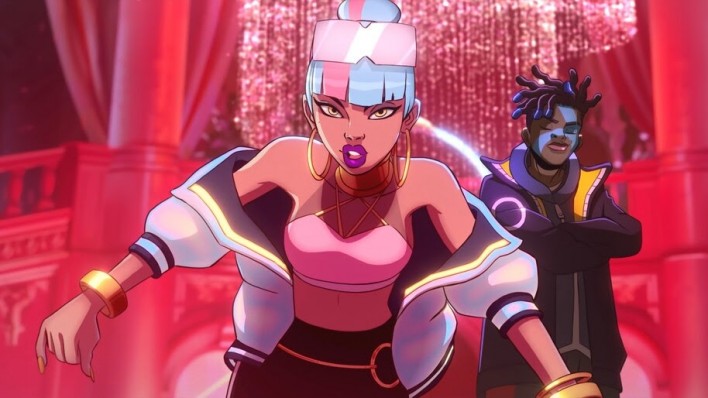 Video games have become the most profitable form of entertainment, estimating the global gaming market to be worth $152 bilion by the end of this year. When it comes to fashion, the global market is projected to exceed 1.5 trillion dollars in 2020. The demands for clothing and gaming is on the rise across every corner of the world. It only makes sense that eventually, they would collaborate.

Accessibility plays a huge part in the growth of both of these markets. The barries to become a gamer have never been easier to cross due to mobile gaming, as well as the consumption of clothing items has never been financially more approachable with the rise of fast fashion. Although profitable numbers in the trillions are indeed impressive, the fashion market still has room to grow when appealing to gamers.

The insertion of gamer focused apparel articles have now reached every type of consumer in the fashion realm. From the fast fashion collaboration between Forever 21 and Overwatch to handbag collections, and the overly referenced collection between haute couture brand Louis Vuitton and League of Legends, we can go on and nominate countless brands that have licensed video game IPs. But who are they creating for?

Consumer Products Specialist Mandie Roman stated that “the LV x LoL isn’t really for League fans. Look how many items are in the collection, and how many feature Qiyana. It’s very few. The target demo is the usual demo who can splurge on luxury goods like this. Riot partnering with one of the biggest luxury brands in the world is a huge marketing beat. When Vogue and other non-gamer endemic brands are talking about it, that’s incredible visibility for League. It’s also very telling of how far gaming/esports has come and how much further we can go. I for one am super into this collection. It means more brands, hopefully some in my price range, can partner and create more content and merch for us to collect!”

The truth is that brands have a lot more than sales to gain from the usual gamer. When it comes to Louis Vuitton, brand awarenes definitely seems to have a bigger play in the collaboration, as the three items featuring the character Qiyana, are actually the cheapest pieces in the collection. When Louis Vuitton first explored the gaming realm with their Final Fantasy collaboration, none of the pieces made reference to the in-game characters, except Lightning was modeling some of the pieces herself. The average gamer is not likely to spend a few thousand bucks on a pair of shoes, so we are left wondering who the consumers of these products will be.

Accessory brand DN Handbags just recently teamed up with Nintendo to create a handbag collection featuring Super Mario characters and the iconic NES controller. The price tag of most gaming inspired collections are friendly to most consumers, being on the range of $18 – 88. Italian luxury fashion brand Moschino has also made its way down the warp zone, designing a collection of clothing and accessories based on the italian plumber.

Gaming brands are meeting the fashion industry half way, entering the apparel marketing by releasing clothing inspired by their lifestyle. Esports teams are entering the game releasing out of the regular esports jersey style.

Esports organization Cloud9 has teamed up with sportswear brand Puma to launch a collection focused on gamers, with the #DareYou campaign, featuring several of their players and influencers. FaZe Clan just released a collection with their newest investor, Offset, who says “The actual players, they’re like rock stars, they’ve got great followings, they influence kids, and that’s what I do”.

Esports x Streetwear brings together cultural aspects of both scenes: competitivity, hype, and undeniably, clout. Streetwear’s core aspects allow esports to make for a strategic partner when bringing awareness to brands and representing gaming culture. Hype Culture, as defined by The Bagpipe, is “a term used to describe a generation obsessed with finding the next big thing. It is a culture bent on excitement and adrenaline.”

The insertion of musical culture in gaming is only paving the way to solidifying the ever growing culture of gamer fashion. This year, Riot Games created True Damage, a hip-hop group based on some of their League of Legends characters, with a twist of fashion elements that adapt to our culture. There’s only hoping that this sets a new standard for fashion influence.

For more fashion, gaming and esports content, followe me on Twitter! Even I was guilty of wanting to wear some of Qiyana’s clothes 😉