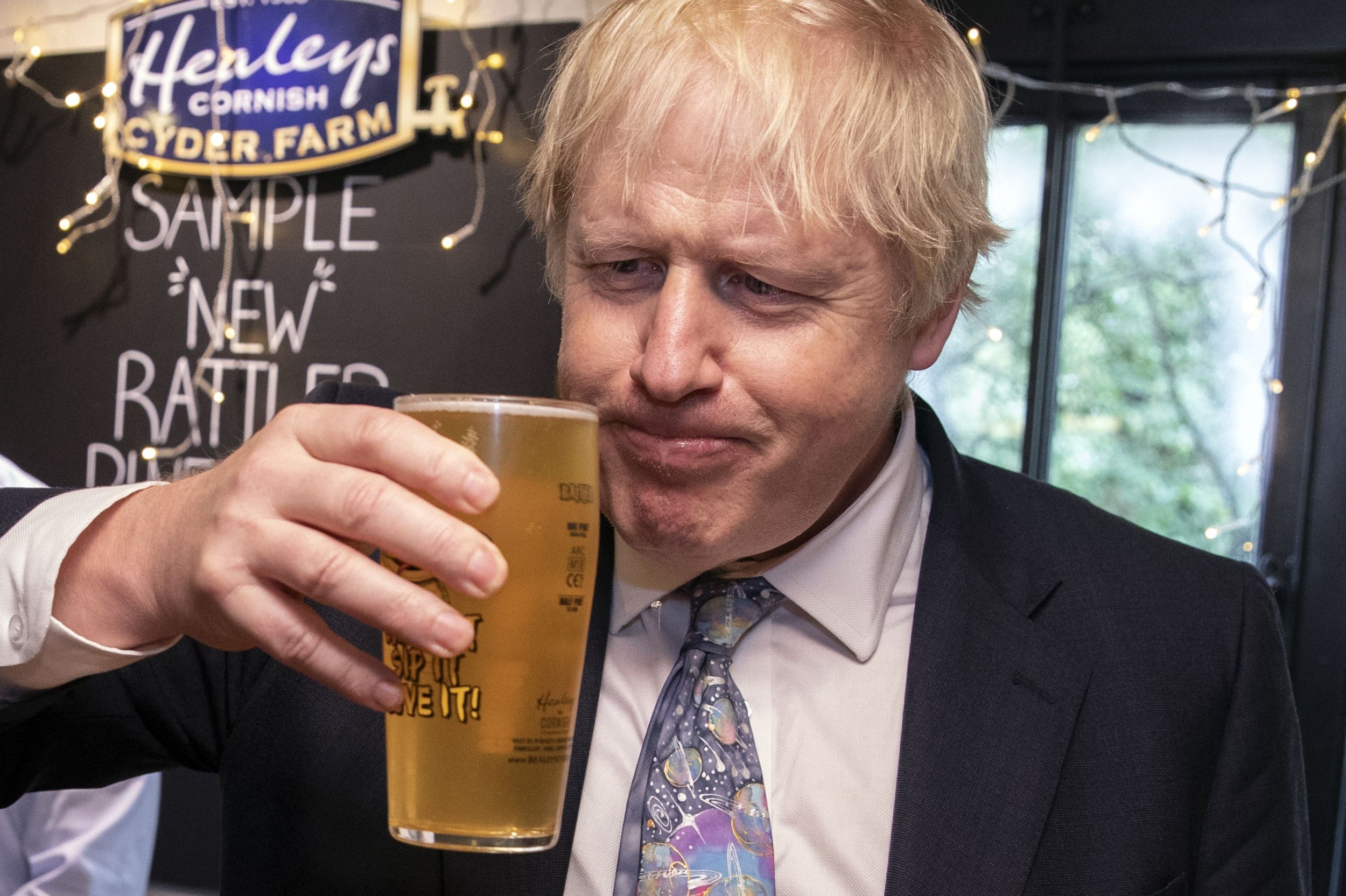 Don’t let the pursuit of political conversations get you down this party season; learn how to win any topical argument in the pub this Christmas with this handy guide from James O’Brien.

James: They did tell you before the vote that there wouldn’t be any [personal financial loss].

Andy: I believed there would be and I was willing to take that sacrifice for independence and so that we would control our own laws.

J: Which law is it you’re really looking forward to not having to obey any more.

A: Errrrrm… the shape of your bananas?

J: It’s not funny is it? The pound’s the lowest it’s been since 1985 and I just asked you to name any law, just one, and you say bananas. We both know that the bananas line was a lie made up by Boris Johnson. Remind me which side he was on?’

Everything you need to know about the Conservative Party Manifesto

David: I’m lucky enough to earn more than the £80,000 mark, as are most of my friends, and we work extremely hard to do that, right? So we do 15, 16 hours a day on weekdays and regularly do weekend work. I don’t think that is reflective of the wider population.

James: I often hear about teachers putting in 15- or 16- hour days, and when I’m hearing about paramedics working in circumstances you wouldn’t wish on your worst enemy, I reject the conflation of hard work with high earnings. David, you don’t work by definition harder than people who earn less than you?

READ  Beauty tweakments that are predicted to be big in 2020

D: Not by definition, no.

J: Why aren’t you a teacher? Presumably because you don’t want to get paid the sort of money that teachers earn?

J: You are, though. You really are.

Henry: Why should I pay more because other people are too stupid to understand that they’re going to get diabetes if they drink a gallon of pop for breakfast?

J: Is that really how it works? How will the sugar tax you pay end up helping people drink less pop? I thought the idea was that, if the pop costs more, people will drink less of it?

H: No. If I want to buy a can of my favourite pop, which I drink occasionally and in moderation, I would have to pay more for it because some people don’t understand that if they drink loads of it they will get fat and ill. I am paying more tax so they drink less pop.

J: Okay. You’re right. Can you afford a few pence more every time you buy a can of pop?

H: That’s not the point.


J: Maybe not, but it’s the question I’m asking.

J: Obviously. In fact, I could probably pay about double what a can currently costs without it having any noticeable impact on, say, my weekly expenditure. Could you?

H: It depends how much I drink.