Latest on the coronavirus spreading in China and beyond 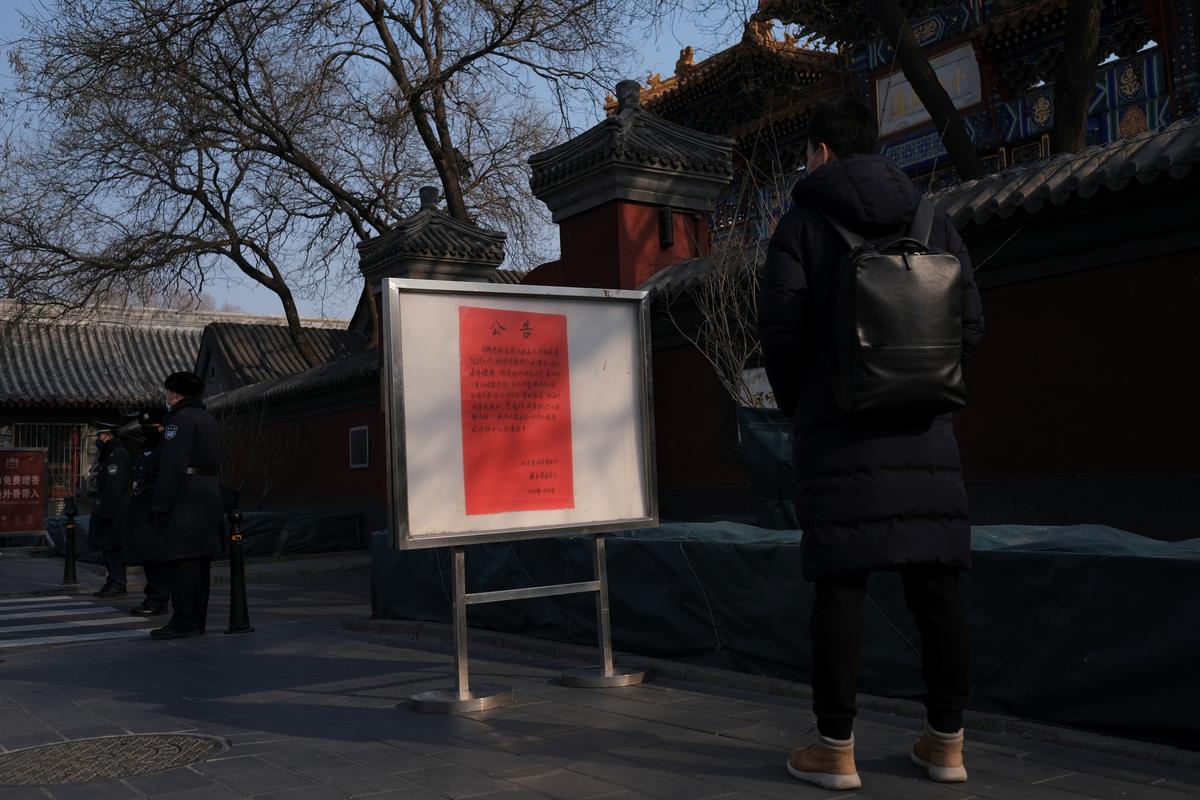 (Reuters) – The coronavirus outbreak that began in the central Chinese city of Wuhan has killed 42 people in China and infected more than 1,300 globally, most of them in China.

A man looks at a notice saying that the temple is closed for the safety concern following the outbreak of a new coronavirus, outside Lama Temple in Beijing, China January 25, 2020. REUTERS/Carlos Garcia Rawlins

The virus has caused alarm because it is still too early to know how dangerous it is and how easily it spreads between people. And because it is new, humans have not been able to build any immunity to it.

Here is what we know so far:

* China announced further travel curbs on Saturday. Ride-hailing giant Didi Chuxing said it was halting inter-city services to and from Beijing from Sunday, while the capital will also stop running inter-province shuttle buses.

* The previously unknown strain is believed to have emerged late last year from illegally traded wildlife at an animal market in Wuhan.

* The World Health Organisation (WHO) said that while the outbreak was an emergency for China, it was not yet a global health emergency.

* China says the virus is mutating and can be transmitted through human contact.

* Those most affected are older people and those with underlying health conditions.

* Wuhan, a city of 11 million, is under severe travel restrictions, with urban transport shut and outgoing flights suspended.

* China has advised people to avoid crowds and more than 10 cities in the central province of Hubei, where Wuhan is located, have suspended some transport.

* Starbucks has closed all shops and suspended delivery services in China’s Hubei province for the week-long Lunar New Year holiday, following a similar move by McDonald’s in five Hubei cities.

* Hong Kong has declared an emergency and will extend school holiday closures until Feb. 17. The city also cancelled all official Lunar New Year celebrations and official visits to mainland China.

* China’s Haikou city, capital of the southern island province of Hainan, started a 14-day centralised medical observation for tourists from Hubei. Sanya city in the province, a popular vacation destination, has shut all tourist sites.

* Airports around the world have stepped up screening.

* Shares and crude prices fell sharply on Friday as investors moved into safe-haven assets amid concerns that the virus could curb travel and hurt economic demand. [MKTS/GLOB]

* Each person infected is passing the disease on to between two and three other people on average at current transmission rates, according to two separate scientific analyses.

Amy Coney Barrett: what will she mean for women's rights?

Stomach bloating: Two gas-inducing foods you may want to eliminate to beat the bloat

Will a vaccine really be the silver bullet we're all praying for? Asks DR ELLIE CANNON