LAKE BUENA VISTA, Fla. (AP) — The Los Angeles Lakers planned to get together Wednesday night to watch basketball, which is about all they’ve been able to do lately.

Soon enough, they’ll get to play it again.

For now, their competition comes from video games. Their superstar player is also adept at those, as coach Frank Vogel revealed when asked what he’s learned about LeBron James that surprised him most.

James won’t be able to show his skills on the basketball court again until Friday, when the Lakers conclude a lengthy layoff in the bubble.

The No. 1 seed in the Western Conference has been waiting for its second-round opponent. Houston and Oklahoma City were playing their Game 7 on Wednesday, with the Lakers set to watch it during a team dinner.

Starting Thursday, the Lakers can start working on a game plan for either James Harden, Russell Westbrook and the small-ball Rockets, or Chris Paul and Oklahoma City’s more traditional attack. Both teams beat the Lakers during the seeding games, though the Lakers had little to play for during the restart until the postseason.

“Both teams have a lot of weapons, so basically we focus on ourselves,” Lakers guard Danny Green said. “We’ve got to continue to just get better and be our better selves. When we feel like we’re at our best it doesn’t matter who we match up with, we feel like we can come out on top.”

The Lakers haven’t played since Saturday, when they beat Portland in Game 5 to win the series after dropping the opener. That came after four days off following Game 4 as players and the NBA committed to finishing the season following the Milwaukee Bucks’ decision not to play a game as a statement against racial injustice.

So when the Lakers play again, it will be only their second game in 11 days, a lengthy stretch of inactivity under any circumstance that’s even more magnified in the bubble.

“It’s really completely out of my control, so I just try to manage the time the best that we can,” Vogel said.

He’s done so by having the Lakers stick to basically an every-other-day practice schedule, which the game schedule had been before the stoppage. They were off Tuesday and returned to a full practice Wednesday, the squeaking of sneakers easily heard from outside the ballroom that has been converted to a court.

They had some fun afterward, singing happy birthday to Markieff Morris and James firing basketballs at the rim from the other end of the court like a quarterback throwing long passes.

Green and fellow guard Kentavious Caldwell-Pope thought the lengthy time off would benefit the Lakers, allowing players to heal injuries. Vogel said Rajon Rondo, who hasn’t played at Disney following thumb surgery and then back spasms, had gone through both practices this week and would hopefully be in the rotation Friday.

But some coaches would rather not be off this long, knowing their opponent would be in a much better playing rhythm.

“I think if you polled all 30 coaches it would probably be split 15 and 15, which one you would rather have,” Clippers coach Doc Rivers said.

The Lakers don’t seem concerned. Their defense was dominant for most of the series against a Portland team whose offense had been rolling during the restart. After getting past Damian Lillard and CJ McCollum, they should be ready whichever guards they get next.

“Dame and CJ is a great backcourt in this league, so they gave us a good test for what it’s going to be throughout the playoffs,” Caldwell-Pope said. 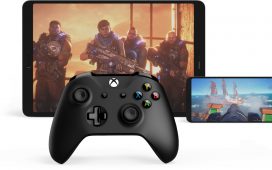 Covid-19: What has it meant for the 'busiest' trains?

‘I miss the buzz of an office. Wearing something cheerful perks me up’: the rise of the domestic goddess 2.0