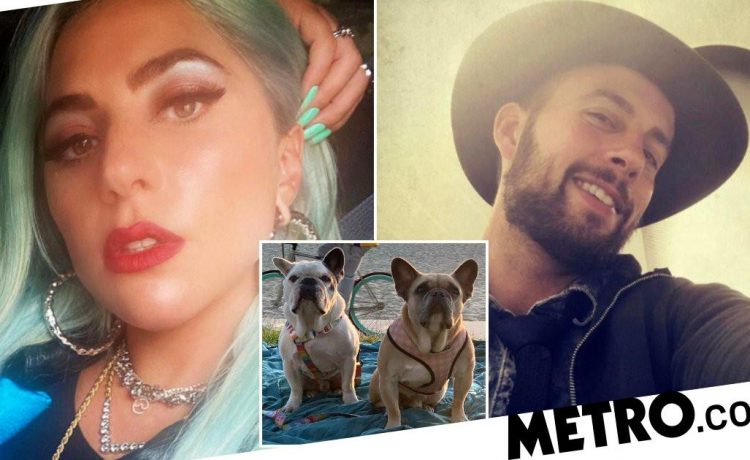 Lady Gaga’s dogs have been returned safely after they were stolen during a shooting.

The popstar was left devastated when her French bulldogs Koji and Gustavo were stolen on Wednesday night after two attackers shot her dogwalker Ryan Fischer.

Koji and Gustavo were returned on Friday night at around 6pm to the LAPDs’ Olympic Community Police Station.

The woman who brought in the dogs appears to be ‘uninvolved and unassociated’ wth the attack, according to Los Angeles Police Capt. Jonathan Tippet.

Tippet confirmed that the dogs had been ‘located and safe’, with a spokesperson from the station’s public information officer saying that the dogs have since been returned to Gaga’s representatives.

On Friday, ahead of the dogs’ safe return, the 34-year-old tweeted: ‘My beloved dogs Koji and Gustav were taken in Hollywood two nights ago. My heart is sick and I am praying my family will be whole again with an act of kindness. I will pay $500,000 for their safe return. Email KojiandGustav@gmail.com to contact us.

‘If you bought or found them unknowingly, the reward is the same. I continue to love you Ryan Fischer, you risked your life to fight for our family. You’re forever a hero.’

Fischer was walking in West Hollywood with Gaga’s dogs Koji, Gustavo and Miss Asia at 9.40pm when he was targeted by two men.

Fischer was shot and Koji and Gustavo were stolen; Miss Asia managed to escape and was later found safe.

Tippet told the Associated Press that Fischer’s wallet was not stolen, and that police believe the men ‘intended to rob the individual of the dogs’.

He said he believes the suspects are ‘probably individuals that recognise the value of the dogs’ and says there’s nothing to indicate that they knew who owned the animals.

Tippet said it’s unknown whether Fischer was targeted ahead of time or if the attack was random and spontaneous, adding that they are investigating this.

Fischer, who remains in hospital, is expected to make a full recovery.

It was previously claimed that the police and FBI officials were investigating theories that the dognapping was carried out for ransom money, or that it was politically motivated, due to Gaga singing the national anthem at President Joe Biden’s inauguration.

The Rain On Me singer is currently in Italy, where she is filming Gucci with Ridley Scott.


MORE : Taylor Swift ‘so disappointed’ as she cancels Lover Fest tour due to coronavirus