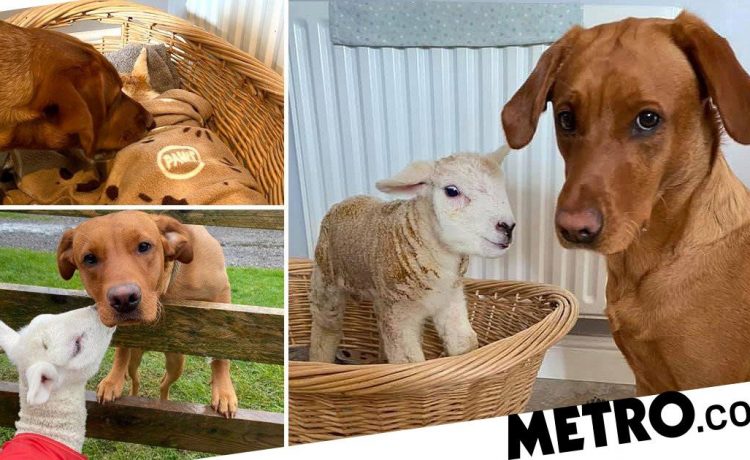 When Ronnie the lamb was born on March 29, he was limp and lifeless.

Owner Ellen McCrone, 21, feared Ronnie wouldn’t make it when he was born.

Dad Richard resuscitated him and brought him into their house to keep him warm, where he meet Lola, the two-year-old Red Fox Labrador.

Lola took to him instantly, licking and nuding him and within an hour, he was up and walking about.

Now, they share in incredible bond and the pooch helps as Ellen feeds the lamb with a bottle. As he was away from his mum for a few days, he now needs to be hand-reared.

She also goes to see Ronnie, one of 45 lambs, on the family’s smallholding from which they run a glamping site on the outskirts of Carlisle in Cumbria.

Ellen said: ‘It is so cute. We’ve always had lambs, usually just four or five, but at the start of lockdown we decided to get more just to keep us busy.

‘So Lola has grown up around lambs as she’s only two. She’s so good around sheep. She’s a lovely dog, so chilled out.

‘Lola likes to come out and see the lambs and help out with the feeding. She likes to lick the milk if they spill any and she even carries the bottles back to the house in her mouth to get washed.’

Ronnie was one of two lambs but he was poorly when he arrived and his mother did not take to him.

Ellen said: ‘The ewe that was pregnant was having twins. The first one was fine, but Ronnie was born flaccid, he was very limp and floppy.

‘She didn’t really bother with him so my dad resuscitated him but he was still shivering and didn’t look like he was going to make it.

‘We brought him into the house and put him in a basket, we thought he might die in a few hours, but we thought we’d give it a go anyway.

‘Lola kept licking him and nudging him, she wouldn’t leave him alone.

‘After an hour, he was up and running around like nothing had happened.’

Now he is stronger, he has gone back to the field with his mum and twin, but is still bottle-fed by Ellen and her family three times a day.

Ellen added: ‘Lola is proud as punch, she nursed the poorly lamb back to health with lots of licking and cuddles.

‘She must have known something wasn’t right and kept nudging him to keep him going.

‘This is the first time we’ve ever had to nurse a sick lamb and she really looked after him.

‘Thankfully he pulled through and he is now back with his mother.

‘She was gutted that we had to put him back with his mother but it’s the best thing for him.

‘Sometimes we bring the lambs down to the house to be fed and Lola will walk with us to the land and walk back with the sheep.

‘She doesn’t bother them and they don’t bother her.’

READ  K9 unit Zeke's R1m drug haul nothing to sniff at
Share on FacebookShare on TwitterShare on PinterestShare on Reddit
newsgrooveApril 5, 2021 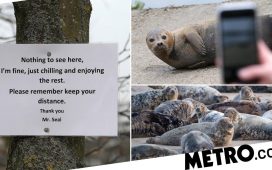 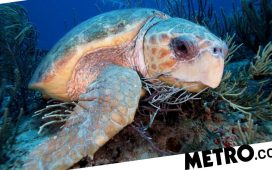