BT’s biggest shareholders are “profoundly nervous” about the prospects of a Labour government after the party vowed to nationalise the telecom company’s Openreach network if it wins the general election.

Three big City investors said the announcement, coupled with Jeremy Corbyn’s plans to take ownership of utilities including water and Royal Mail, as well as taking an estimated £300bn of shares in public companies to give to workers, would have a huge impact across the investment market.

A top 20 shareholder described the Labour leader’s nationalisation policies as “radical” and warned they would scare local and foreign investors. “As an investor, I would be very nervous [if Labour was elected].”

The party’s manifesto, which will be signed off on Saturday, will pledge to provide free full-fibre broadband to every home and business in the UK, a move that BT shareholders admitted would prove popular with voters.

The shareholder said nationalising the network and offering free broadband would not just hit BT, but also competitors such as Virgin Media and Sky, warning that lawsuits would likely follow.

A radical Labour government likely requires an overall majority. It’s a slim to no hope prospect

A top 30 shareholder said Labour’s plans would create a “blurring of the lines between public and private assets and that is worrying for all investors”. He added: “It is a bigger issue than being an investor in a water company, BT or Royal Mail. It could have bigger implications across the market than just those companies.”

He warned that raising private capital in the future could prove difficult, because investors would be “very wary” in case of future nationalisation.

BT’s share price closed down 1.15 per cent on Friday, as many investors shrugged off the likelihood of Openreach being nationalised. The most recent ComRes poll found that Boris Johnson’s Conservative party has a 10-point lead over Labour.

“The common view is that this isn’t going to come to pass because Labour isn’t going to be elected. But you can’t be complacent,” the top 30 shareholder warned.

Another top 20 shareholder was surprised the market was so sanguine and “would have expected more reaction” in the share price.

BT’s private investors largely shrugged off Labour’s plans — viewing the news more as a buying opportunity than a sell signal.

BT shares were the third most traded stock on platform Interactive Investor on Friday — with a 58-42 per cent split between buys and sells. In contrast, at noon on Thursday — before the news broke — BT was not even among the platform’s top 10 traded shares.

BT was also the most viewed stock on platform Hargreaves Lansdown, with buys and sells roughly equal.

That did not stop investors expressing their shock at Labour’s policy and disbelief the party could ever enact its pledge on online bulletin boards.

“If I could buy everything for a fraction of market value, that would be great,” said one investor on markets data site ADVFN. “A radical Labour government likely requires an overall majority. It’s a slim to no hope prospect.”

Another suggested it could be a vote loser for Mr Corbyn. “Labour has managed to alienate every BT shareholder; now I wonder how many voters that equates to?”

READ  Revenue and profits up at full service law firm

However, the head of a shareholder rights’ group urged individuals to reconsider their portfolios, saying the Labour party posed an “expropriation risk” to investors.

Mark Northway, chairman of ShareSoc, said private investors would be “disproportionally impacted” by the policy, if enacted, due to BT being one of the most held shares among individuals.

British Telecom, as it was known then, was one of the first utilities privatised by the Thatcher government in 1984 and was very popular with retail investors.

BT is the eighth most widely held direct share on Interactive Investor and in the top 20 of most held shares on Hargreaves Lansdown.

“The [Labour party] policy is fundamentally flawed,” Mr Northway said. “It will make the UK a no-go area for capital.” 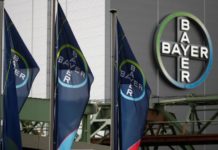 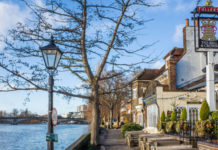 How to get FREE McDonald’s fries today