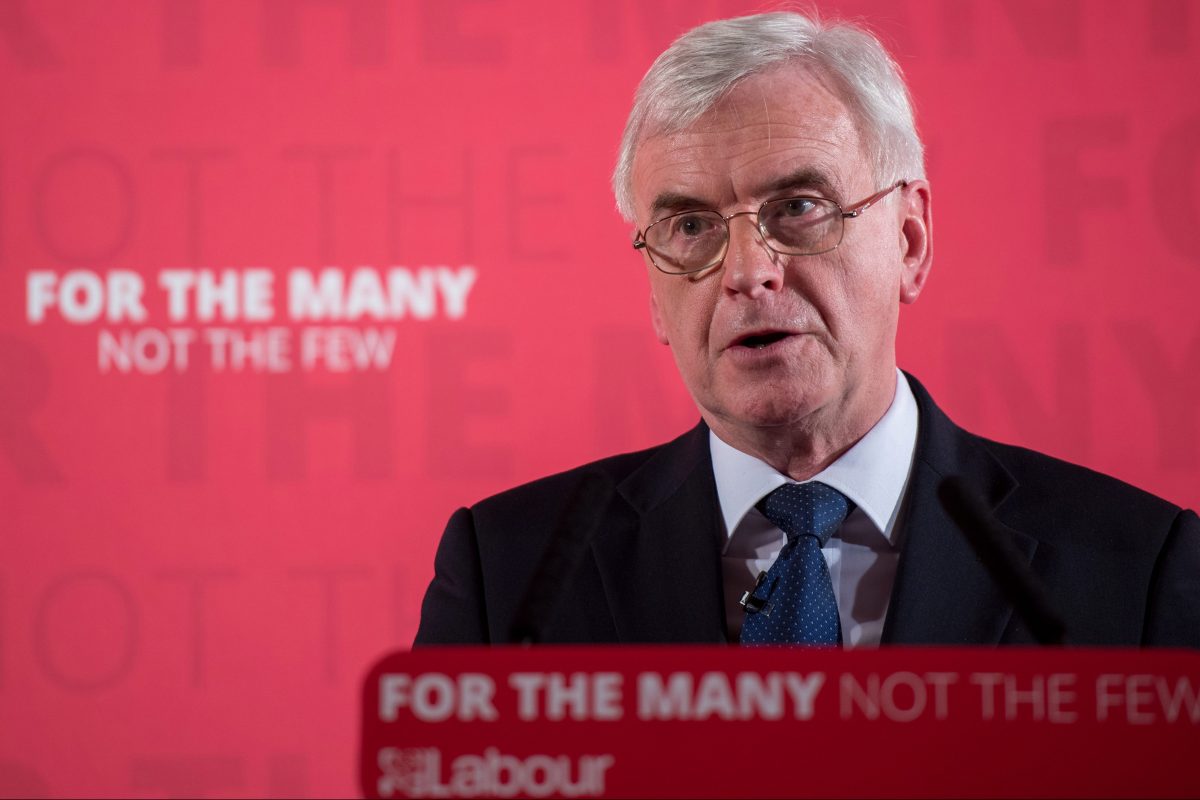 Jeremy Corbyn’s right-hand man said it would for the SNP-dominated Scottish Parliament “to decide” whether to hold another vote.

But his words risk sparking a bitter war with Scottish Labour, which is strongly against another independence referendum.

Speaking about Scottish independence at the Edinburgh Fringe Festival, Mr McDonnell said: “It will be for the Scottish Parliament and the Scottish people to decide that.

“We would not block something like that. We would let the Scottish people decide.

“They will take a view about whether they want another referendum. Nicola Sturgeon said by late next year or the beginning of 2021.”

He added: “We would not block something like that. We would let the Scottish people decide. That’s democracy.

“There are other views within the party but that’s our view.”

But his words directly contradict the party’s own leader in Scotland, Richard Leonard, who said Labour would not back another vote.

He has said that if Labour win power in Westminster, they would refuse to grant a “Section 30 order” – which is needed for Holyrood to hold another vote.

Scotland voted against independence in 2014 in a referendum which the SNP said would settle the question for a generation.

But the party has seized on Brexit divisions to launch a fresh push to break up the UK.

Mr McDonnell’s astonishing remarks come after Ms Sturgeon hinted the SNP could prop up Jeremy Corbyn in No10 – but not as part of a formal coalition.

WRONG SIDE OF LAW

Get the lowdown on under-fire Labour leader Jeremy Corbyn

EU MUST KEEP IT

She told The Guardian: “We would always want to be part of a progressive alternative to a Tory government. That remains the case.
“That said, I’m no great fan of Jeremy Corbyn.”

She blasted the Labour leader for failing to go all guns blazing in his opposition to Brexit.

She ruled out going into a formal coalition – but left the door open to having a looser alliance with Labour.

READ  This is a Vote Leave government now. There will be no one else to blame | Jonathan Freedland