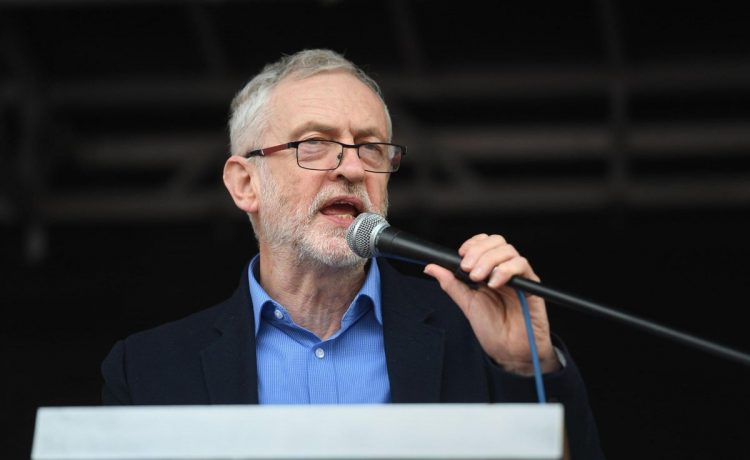 abour has suspended two more senior officials of a London party after a heated meeting in which they spoke out in support of Jeremy Corbyn over the anti-Semitism scandal.

Chair of the Chingford and Woodford Green CLP Gary Lefley and vice chair Naomi Wimborne-Idrissi have been suspended pending an investigation, the Standard understands.

It comes amid a wave of suspensions across local Labour parties after they were ordered not to discuss Mr Corbyn’s suspension or criticise the Equality and Human Rights report into the party’s anti-Semitism crisis.

Ms Wimborne-Idrissi, who is Jewish, is a prominent member of the left-wing Jewish Voice for Labour group and has regularly spoken out to support Mr Corbyn over the anti-Semitism crisis.

The pair were suspended following a meeting of the CLP on Monday evening, it is understood.

Ms Wimborne-Idrissi allegedly backed claims about the “weaponisation” of antisemitism allegations and described Mr Corbyn’s recent suspension from Labour as “unjust”, according to the Jewish Chronicle.

He allegedly claimed that Sir Keir was in breach of party rules and the Equality and Human Rights report into Labour’s anti-Semitism problem.

Former leader Mr Corbyn this week called for the reinstatement of those who had been “sadly” suspended for speaking out at meetings, according to website Guido.

The Islington North MP was readmitted as a Labour member last month, after a short suspension for his reaction to the damning EHRC report into anti-Semitism in the party.

However, his successor Sir Keir has refused to restore the whip which would allow Mr Corbyn to sit in Parliament as a Labour MP.

A Labour spokesperson said: “The Labour Party takes all complaints seriously and they are fully investigated in line with our rules and procedures and any appropriate action is taken.”

The Standard has made attempts to contact Mr Lefley and Ms Wimborne-Idrissi.

Columnist Jones tweeted: “You don’t have to agree with Naomi Wimborne-Idrissi to find it intensely problematic that Labour have suspended this left-wing Jewish activist.”

Meanwhile, Ms Shaheen who ran for Labour at the last election in the Chingford and Woodford Green seat, said Ms Wimborne-Idrissi “doesn’t deserve this”.

A spokesperson for Jewish Voice for Labour said they “deplored” Ms Wimborne-Idrissi’s suspension, adding:  “We note that she is not alone.  As well as the chair of her Constituency Labour Party, many other chairs and secretaries and ordinary members have been suspended across the country.

“However, we are prevented from direct comment about her case as the Labour party bars everyone suspended or investigated from sharing any details of their cases.”

READ  'Priti Patel's survival in the Cabinet mocks the PM's bullying pledge'
Share on FacebookShare on TwitterShare on PinterestShare on Reddit
newsgrooveDecember 4, 2020