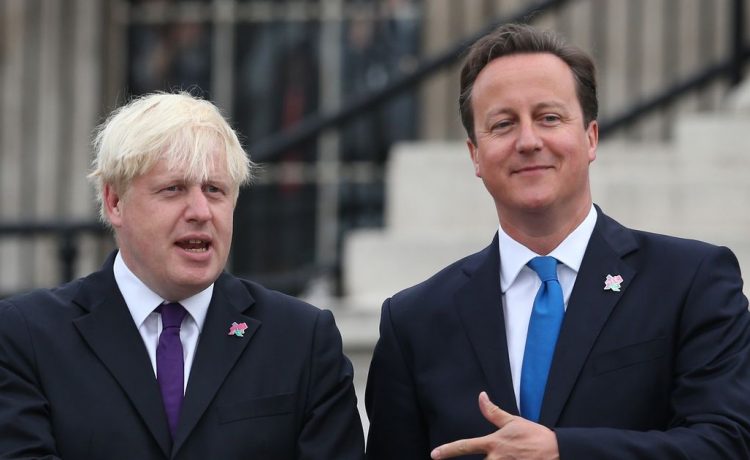 Mr Cameron, who went to work for the firm in 2018, is said to have personally appealed to ministers for financial support for the firm during the pandemic.

The company filed for insolvency in March, casting doubt over the future of some 5,000 British jobs at Liberty Steel, which was backed by Greensill.

Mr Cameron was cleared of breaking the rules by the Registrar of Consultant Lobbyists as he was an in-house employee.

Ms Reeves said: “Given the cronyism consuming the Conservative party, it’s crucial that the scope of the lobbying register is expanded to include in-house lobbyists.

“Otherwise it’s clearly one rule for them, and another for everyone else.

“The former Conservative prime minister’s conduct and the immense access Greensill was given illustrate perfectly both the toothlessness of current rules, and Tory ministers’ complete disregard for any self-driven integrity when lobbying.”

It comes as Mr Cameron faces mounting pressure over his links to Mr Greensill, who was brought into No10 as an unpaid adviser during the coalition years.

A Government spokesperson said: “Lex Greensill acted as a Supply Chain Finance Adviser from 2012 to 2015 and as a Crown Representative for three years from 2013. His appointment was approved in the normal manner including registering any potential conflicts of interest.

“There are robust processes in place for the award of government contracts. The Pharmacy Early Payment Scheme, which benefits over 2000 pharmacies, was initially financed through the government banking service as part of its portfolio of services for government departments.

“Following an open competition in 2018, the service has been provided through a direct contract with Taulia Inc, with no additional cost to the taxpayer.”

Responding to Labour’s calls for changes to lobbying rules, a Government spokesperson said: “The Government has significantly increased transparency since 2010 – routinely publishing details of contracts, spending and meetings, and introducing a statutory register of consultant lobbyists.

“The Government will be going further to review and improve business appointment rules, and increasing transparency even further in procurement through our procurement green paper, to ensure we maintain the highest standards in public life.”