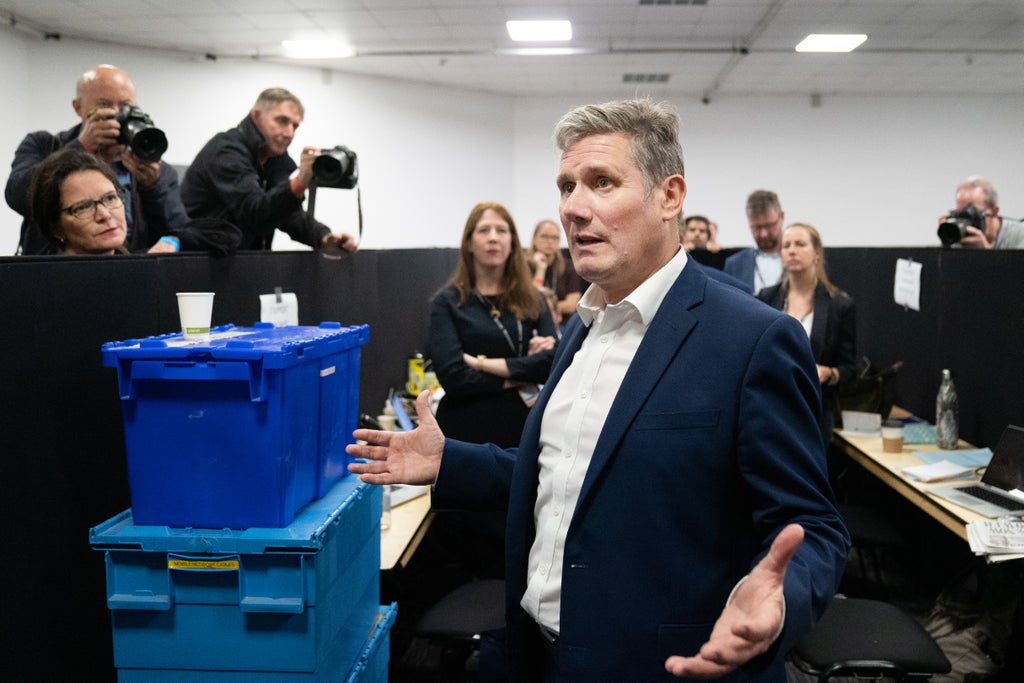 abour is battling to get its party conference back on track after the dramatic resignation of a shadow cabinet minister.

Andy McDonald suggested the leader was not honouring “our commitment to socialist policies” as he quit as shadow employment rights secretary in a blow for any attempt to portray a united front.

He accused Sir Keir Starmer of abandoning the pledges of his leadership campaign and struck out at the his office for instructing him to argue against a national minimum wage of £15 per hour and against statutory sick pay at the living wage.

“This is something I could not do,” Mr McDonald wrote.

The left-winger is scheduled to appear at a discussion at the fringes of the conference in Brighton on Tuesday with former leader, and ally, Jeremy Corbyn.

The row threatens to overshadow the message the wider shadow cabinet wishes to present, with shadow health secretary Jonathan Ashworth announcing that a Labour government would double dementia spending.

He will also accuse the Government under the Tories of creating a two-tier health system that is threatening a universal NHS.

Labour also wants to present itself as being tough on crime and its causes when shadow health secretary Nick Thomas-Symonds presents a plan to “bring back neighbourhood policing”.

Sir Keir has thanked Mr McDonald for his work and said his focus is on “winning the next general election” as he sought to move on from the resignation of a member of his top team.

But the leader is expected to come under further questioning over the row, with the Tories seeking to present it as Labour being “divided and fighting among themselves”.

In his resignation letter, Mr McDonald wrote: “I joined your frontbench team on the basis of the pledges that you made in the leadership campaign to bring about unity within the party and maintain our commitment to socialist policies.

“After 18 months of your leadership, our movement is more divided than ever and the pledges that you made to the membership are not being honoured. This is just the latest of many.”

Labour sources suggested there was no sense of loss in Sir Keir’s office over the resignation.

Another test for Sir Keir could come from a GMB union-backed motion at the conference demanding that all care workers are paid at least £15 per hour.

Labour’s current policy is that every worker should have a minimum wage of at least £10 per hour, and the party has called for an increase for statutory sick pay but not stated to what level.

Ahead of Mr McDonald’s resignation, Sir Keir’s conference had been boosted by the announcement that Dame Louise Ellman, a former MP who quit the party over the anti-Semitism under Mr Corbyn’s leadership, had rejoined the party.

She said she was able to return to her “political home” now that it is “led by a man of principle in whom the British people and Britain’s Jews can have trust”.