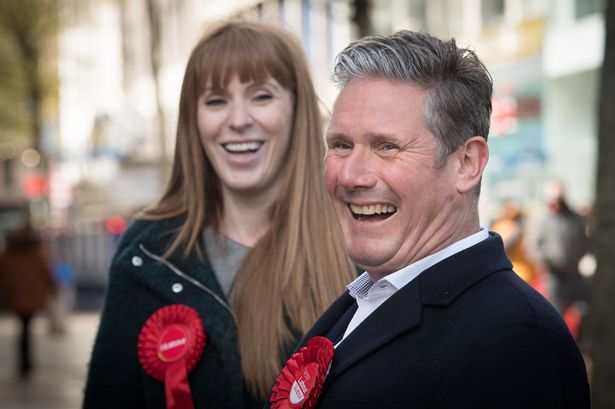 The Tories have been taking a hammering in the polls as Partygate, lobbying scandals and No10 chaos take their toll on Boris Johnson.

Questions about the Prime Minister’s future now dominate the headlines and Keir Starmer’s Labour have been enjoying a huge boost in popularity as a result.

But despite some surveys putting the party 10 points ahead of the Conservatives, ask any Labour MP or activist about the next general election, or even May’s town hall elections, and the responses err more on the side of caution than optimism.

Here are some of the things they fear could put a spanner in the works in the months ahead.

Boris Johnson was once the “Heineken Tory” with widespread appeal in Labour’s heartlands, but today the opposition would rather be facing the damaged premier than anyone else on the Government benches.

Few Tory MPs truly believe the PM is still a vote-winner and there is therefore a good chance he will be ousted before the next election.

Who replaces Mr Johnson, and their strategy for rehabilitating the Tories’ chances, will present a fork in the road for Sir Keir.

Labour insiders say another Tory leadership race – their third in six years – will prove divisive but a new PM will mean the opposition has to fight harder to get heard.

The frontrunner to take over is Rishi Sunak, the billionaire Chancellor with a slick PR operation who has won praise for the furlough scheme and his handling of Covid.

But while the economy became Labour’s weak spot during the Jeremy Corbyn years, some within Labour point out billions from the public purse lost to Covid fraudsters, sky high inflation and the looming cost of living crisis will be damaging for a politician at the helm of the Treasury should he win the leadership.

One source said Labour strategists were less confident about facing Foreign Secretary Liz Truss, who they see as “potentially dangerous” due to her “knack for communication”.

But a former advisor painted a different picture, singling out Health Secretary Sajid Javid and “dark horse” of the contest Penny Mordaunt as greater threats.

“I think that I’d be most worried about Sajid Javid, followed by Penny Mordaunt, followed by Rishi Sunak,” they said.

“Rishi Sunak is a much feebler a politician than people think. The only time when he’s shown real deftness and popularity is when he’s spending gigantic amounts of money and being a Chancellor that can spend money is like playing FIFA on the easiest mode.”

Messy legal wrangles costing as much as £2m-a-year, a fall in membership since Jeremy Corbyn’s exit, reduced funding from some trade unions and three general elections in six years have been punishing for the party’s finances.

This forced General Secretary David Evans into a cost-cutting drive last year, slashing around 90 jobs. Insiders say this has been a painful process that has left the party with fewer advisors, press officers and officials as chiefs look ahead to town hall elections and a possible snap general election before 2024.

Sources boast the party is winning over donors who previously filled Lib Dem and Tory coffers, but nevertheless expect the Conservatives to vastly outspend them in May’s local elections in an era when flooding Facebook and other social media with ads is critical.

Any decision by Unite to slash its funding, with the union having already cutback its donations, will worry party chiefs.

Endless column inches have been filled by commentators poring over the rivalry between Sir Keir and his Deputy Leader, Angela Rayner.

Much less has been written about growing tensions between the leadership and the party’s Left.

Train drivers’ union Aslef could vote to disaffiliate in May, a move which would see them follow in the footsteps of the bakers’ union BFAWU.

While some moderates see the moves as a necessary break with the Jeremy Corbyn era, others fear historic links are being broken and that divisions may in turn see rows spill into the media spotlight.

Labour’s bigger concern is with one of its biggest donors: Unite. General Secretary Sharon Graham, who leads a union of around 1.3m members, became embroiled in a row with Sir Keir over funding last week, as she voiced anger over Labour’s lack of support for striking bin workers in Coventry.

While Sir Keir is known to have more allies within health union Unison, GMB and Usdaw, the rift with Unite – the union with most members working in the private sector – could turn sour and with far reaching consequences for party unity.

One source insisted: “Of course there are disagreements – that’s happened throughout the party history and we will work them out like the family we are, but we won’t be pushed around by bully boy tactics.”

The Labour leader is keen to define himself against other elements of the Left, however. He used a demo by the Stop The War coalition last week to point out, as he has before, that he disagrees with Jeremy Corbyn on the NATO alliance.

“Conflict clarifies for voters where you stand. It’s through conflict that people can process the information that they need to understand who you are,” said one source.

“And he’s picking fights more often, in a way that demonstrates some strength but also shows a bit more about who he really is.”

Reports continue to surface that Mr Corbyn is planning to set up his own party. Opinion is divided over whether an attention-grabbing and widely covered exit of the Islington North MP will offer Sir Keir a chance to slay the party’s demons or simply remind Red Wall voters of the not-too-distant past, and his own link to it.

Other flashpoints include the ongoing rows with some female MPs, including Rosie Duffield, over the party’s position on trans rights, with the Canterbury MP saying recently she considered defecting over the issue.

Labour currently holds about 50% of the seats up for grabs in May and insiders talk down prospects of “significant” gains in terms of the raw number of councillors.

The party hopes Labour’s overall vote share will compare favourably with the 28% Jeremy Corbyn won, and give Sir Keir a story to tell both to the public and his own internal critics.

Pollsters are tipping the party to do well in London, with the Tory strongholds of Wandsworth, Westminster and Barnet said to be in Sir Keir’s sights.

How Labour fares in Red Wall areas such as Sunderland, where the Leader spent yesterday campaigning, Bolton and Stockport, however, is key.

It is feared a failure to show progress here could allow a narrative to develop that Labour is a metropolitan or “London-centric” party.

It is thought Sir Keir is planning to bring policies on hot potato issues – including defence and immigration – to Labour’s autumn conference, with explosive rows likely to ensue with the party’s rank and file.

Sources say the party’s new ideas on controlling immigration could even be announced before summer, by Sir Keir rather than Shadow Home Secretary Yvette Cooper.

“We’re going to have to have a row”, one party source said of the party’s conference.

“We’re working on the basis that we need to be election ready by May 2023.

“That means a lot of the policy groundwork will have to be taken into conference before the end of the year.”

Even before Brexit, immigration was a thorny issue for Labour. The party continues to enjoy strong backing among Remainers, but senior figures know they must answer the concerns of Red Wall voters who turned their back on them in 2019.

How Labour’s policy brains square this circle, without running the risk of the party haemorrhaging support to Greens and Lib Dems, will be one to watch.