L.A. Readers: Who Wants to See ‘Star Wars: The Rise of Skywalker’ for Free?

I’ve got a few questions for you. Are you looking forward to J.J. Abrams’ Star Wars: The Rise of Skywalker? Will you be in the Los Angeles area Friday, December 20th? Are you a fan of the Collider shows on YouTube and the writers on the website? If you answered yes to these questions, I’m about to make you very happy.

On December 20th at 7pm PT at the AMC Burbank 16, Collider is partnering up with Dolby Cinema for a free screening of Star Wars: The Rise of Skywalker. Not only will we be screening the film, we’re going to have some cool stuff from Funko and Sideshow to giveaway to some of the attendees, photo opportunities, and a bunch of people from Collider at the screening. It’s going to be a really fun night and we’re still working on some surprises behind-the-scenes to make it even better.

If you’re wondering how you can get in, we’ve got you covered. To see this free screening you need to email thecollidermailbox@gmail.com with the subject line “I Want to See The Rise of Skywalker.” Since demand for this one will be extremely high, in the body of the email please include why you should be one of the people that get to attend the screening. In addition, you need to include your name in the body of the email and if you’d like to bring a guest. We’ll be accepting emails until noon on Saturday, December 14th and we’ll contact the people that won passes with specific info about the screening soon after.

In addition, if you haven’t been to a Dolby Cinema, you are in for a treat. These theaters pack in sleek design, laser projection, immersive audio, and reserved leather recliners into one package. Dolby Cinema combines Dolby Vision laser projection for top-of-the-line brightness, contrast, and color with Dolby Atmos immersive sound that envelops the audience.

Again, this screening is at AMC Burbank 16 on Friday, December 20th.

Finally, if you’d like to pick up some cool Star Wars swag, check out heroesvillains.com and get 10% off by using this code COLLIDER10. 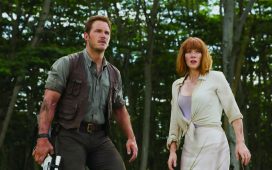