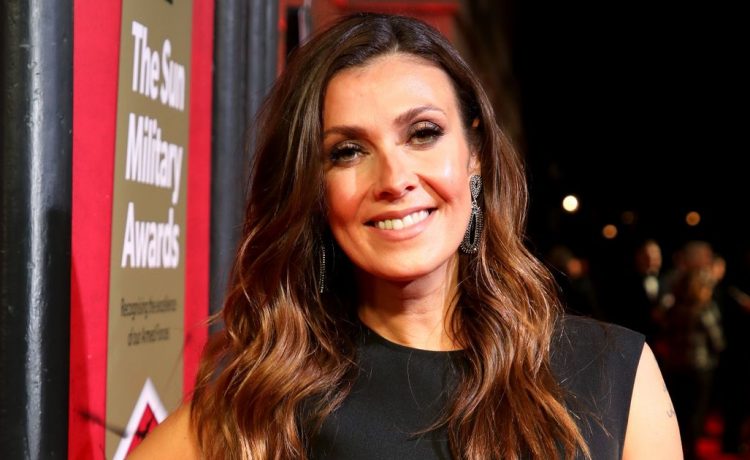 TV host Kym Marsh has revealed her secret agony battling hernia and is set to undergo an urgent operation.

The presenter has been dealing with discomfort for several months and on a waiting list for nearly a year.

The 44-year-old will be forced to miss the first week of her new show due to the operation.

The soap star got a call telling her she had a slot for surgery just as the start of the second series of the BBC One chat show, Morning Live, moved slightly.

It’s caused a clash with recording but it means a stand-in will fill in for the former singer.

Another face will sit beside co-presenter Gethin Jones, 42, when it returns to screens on Monday.

A source told The Sun: “Kym has been trying to have the operation for a while now as the problem she has is causing her quite a lot of discomfort.

“She finally got a slot and then the dates for Morning Live moved slightly meaning they clashed.

“She’s gutted to be missing the first week of the second series alongside Gethin but she really needs this sorting.

“She will be back fighting fit as soon as she can be.”

Kym, who played Michelle Connor in Corrie for 13 years, revealed to her fans last year that she had a hiatus hernia.

The fitness fanatic said the condition was causing her agony and extreme heartburn.

She added it stopped her from giving it 100 per cent in her gym work-out sessions.

Mum-of-four Kym revealed: “I’m on medication for hiatus hernia, which means part of my stomach is protruding into my oesophagus.

“It gives me heartburn, so I take medication called lansoprazole.

“I posted a photo of myself in a sports bra last week as I’ve been trying to get back into exercise.

“I’m suffering from a hernia and it’s causing me pain.

“I’m still going to the gym but I’m not able to lift weights or go as hard as I normally would.”

The former Hear’Say star continued: “The doctors have suggested physio, but it’s not getting better and my schedule is so packed.

“I’m going to book surgery to have it removed.”