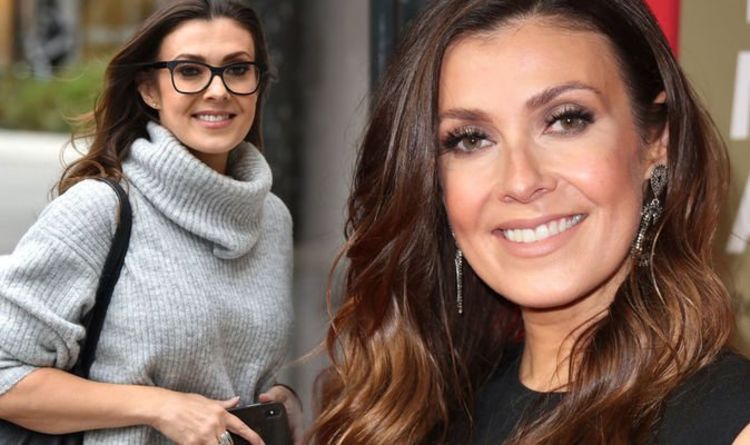 Actress-turned-television presenter Kym Marsh has posted a throwback snap on social media today to mark the #SaveTheArts social media campaign. The 44-year-old Coronation Street star shared a funny photo on Twitter to highlight the arts and entertainment industry, which are struggling following the coronavirus pandemic.

The social media snap shows Kym, who is best known for playing Michelle Connor in the popular soap, in bed with her fellow co-star Simon Gregson, aka Steve McDonald, and television director David Kester.

Following the trend on social media, Kym gave no further details about the three-in-a-bed moment in her caption.

Alongside the picture she wrote: “To all professionals in the film, television, theatre, entertainment, and arts world, join the challenge to post a photo of you in your job. Just a picture, no description.

The caption continued: “The goal is to flood social media with our profession. Copy the text and post a pic. #SaveTheArts.”

Joe Duttine, who plays Tim Metcalfe in Corrie, also appeared in the comments section of the post to remark: “Always wondered how Gregson got that gig.”

Quick witted Simon, replied: “I’ve got a pic of you somewhere I’ll dig it out.”

Kym and Simon played husband and wife in the ITV soap opera for a number of years.

Their characters tied the knot in 2015 after seven years of dating in an on and off relationship.

Kym is not the only ITV star to take part in the social media trend.

Earlier today, This Morning presenter Eamonn Holmes, 60, posted a picture of himself dressed up as Donald Trump with his 655,000 Instagram followers as part of the campaign.

He could be seen posing for a picture in his full costume – complete with the president’s navy suit, long red tie and signature tan.

Not long after, his wife Ruth Langsford also shared a picture of herself to shine a light on the arts campaign.