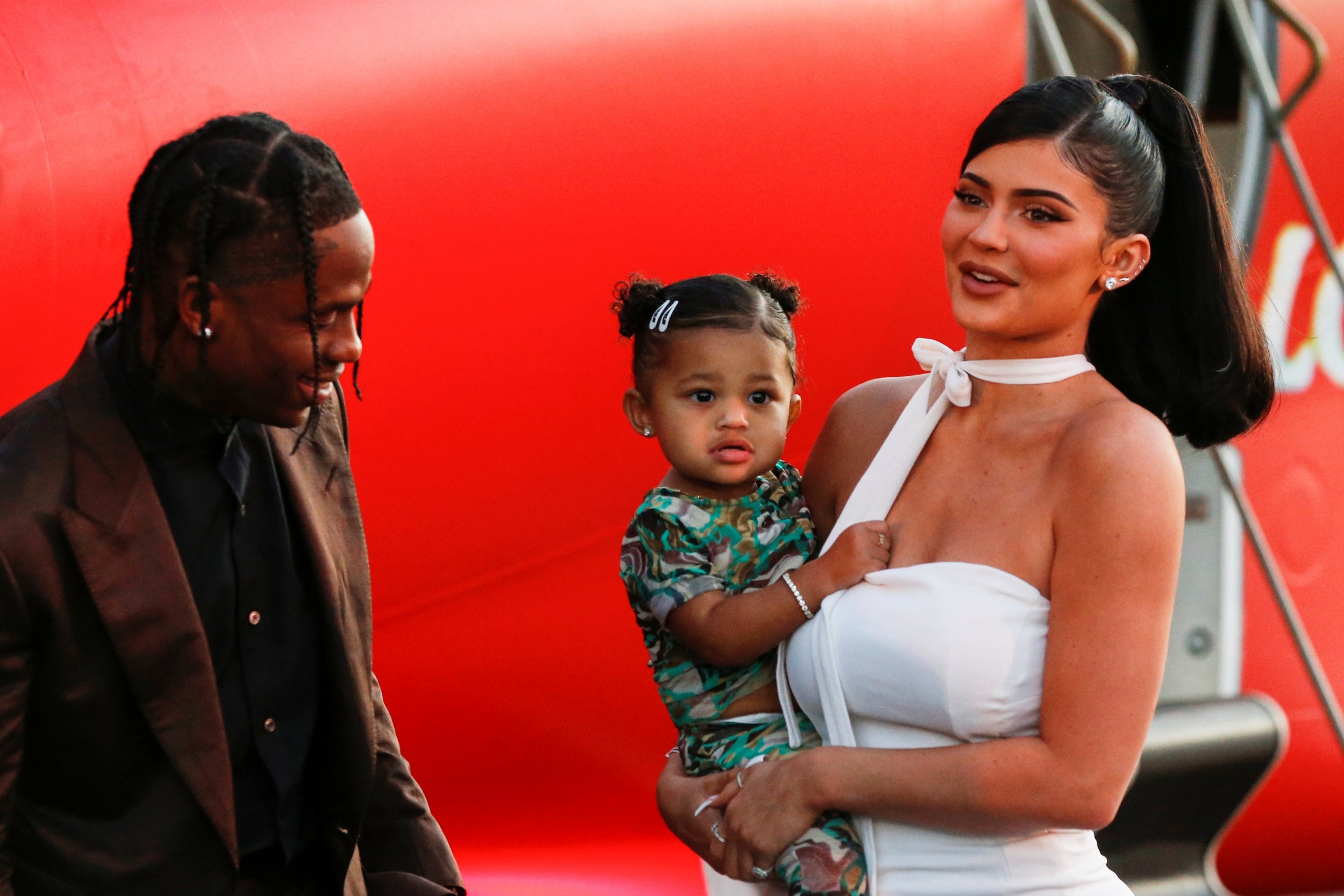 Kylie Jenner’s daughter has made her red carpet debut at the premiere of her father Travis Scott’s new documentary.

The highly-anticipated Netflix movie chronicles Scott’s rise from releasing tracks on Myspace to being a six-time Grammy nominee and double-platinum selling artist.

Photographs from the event show Stormi kissing her father on the cheek and clutching her mother’s dress.

In the documentary, new footage of the family shows Jenner, 22, resting in hospital after giving birth to Stormi.

Travis, 28, is seen holding his hands in a prayer position over his mouth and later clutching his partner’s hand as she prepares to give birth.

The screen then cuts to Stormi’s cries moments after Jenner gives birth while friends cheer in delight at her arrival.

Scott is heard saying: “Where?”, and a nurse says: “Right there”, before everyone cheers. Jenner’s mother Kris then says: “Travis cut the [umbilical] cord!” as footage of a pink cake saying: “It’s a girl” and images of Kylie cuddling Stormi in bed as she sleeps are shown.

Posting the clip on her Instagram Story, Jenner captioned the video: “Best day of my life.”

The rapper is then seen being congratulated by two friends.

Jenner’s pregnancy was kept a secret until she announced she had given birth in February last year.

The couple announced the birth with a video diary, titled To Our Daughter, and published it on YouTube.

READ  Stormzy set to land the first UK Singles Chart number one of 2020
Share on FacebookShare on TwitterShare on PinterestShare on Reddit
newsgrooveAugust 28, 2019