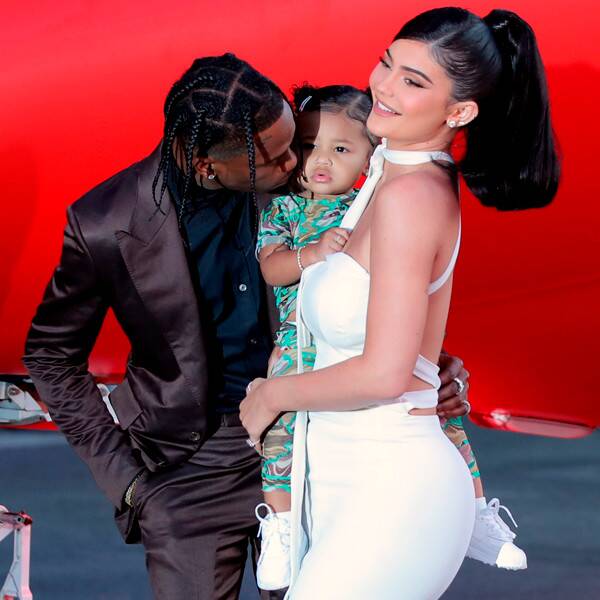 On Tuesday night, the Keeping Up With the Kardashians star and her 18-month-old daughter supported Travis Scott at the premiere of his new Netflix documentary, Travis Scott: Look Mom I Can Fly. The event marked Stormi’s major red carpet debut, during which she posed for photos with her mom and dad. Kylie’s pregnancy and Stormi’s birth are actually featured in the doc, which was released on the streaming service Wednesday.

“I’m so excited!” Kylie told E! News at the premiere, held at the Barker Hangar in Santa Monica, Calif. “I actually refrained from watching the final final cut, and I’ve only seen when he was editing and stuff, so I’m excited.”

When asked if Stormi is the “scene-stealer” of the doc, Kylie told E! News that her baby girl “always the steals the scene.”

When it comes to Stormi’s major milestones, Kylie shared that her daughter “says a new word every day.”

Take a look at the video above to see Kylie gush over Stormi and her beau’s new doc!

Travis Scott: Look Mom I Can Fly is streaming now on Netflix now.