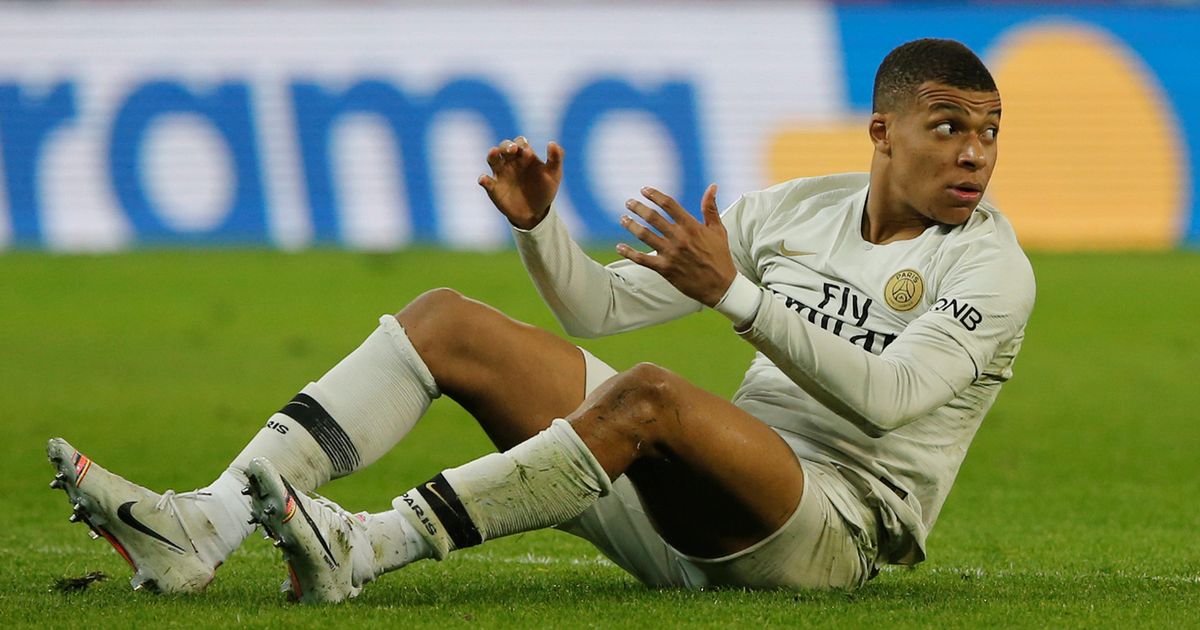 The father of World Cup winning superstar Kylian Mbappe says he is getting sick and tired of talk suggesting his son is signing for Real Madrid .

The 20-year-old, a teenager when he lifted football’s biggest prize, has been linked with the Spanish giants ever since.

But his dad Wilfried Mbappe has slammed the constant speculation as “embarrassing”.

It doesn’t look like a bad night for Paris Saint-Germain will do much to change the outlook, either.

The French champions went down 5-1 to second-placed Lille and missed out on the chance to wrap up Ligue 1 for the second weekend in a row – and the striker says they lack character.

Mbappe had two goals ruled out for offside and after another poor season in the Champions League, rumours are gathering pace that he could ask to go.

But his father told French newspaper Le Parisien : “Before I read and watched everything, but not any more.

“It’s like a chocolate cake, if you eat too much, then you get an upset stomach. Sometimes, there’s misinformation too.

“OK, Kylian is a public person, but I do not understand that there are everyday things about him. It’s embarrassing.

“I am no longer able to do things that were done every day. Sometimes we need peace. Today, everyone knows this name.”

Mbappe himself also had plenty to say after the Lille defeat – complaining that the expensively-assembled side lack personality.

He told Canal+ : “You cannot lose in this way. We cannot lack character like that, concede 3, 4, 5 goals – that is not normal.

“They are a good team so congratulations to them. They have a fantastic set of fans, a lovely stadium. But we must play with more personality. That is one of our weaknesses I think, we are going to have to quickly fix that.

“We cannot go over the top either, people are going to talk about the club, I don’t know what else.

“Today we played like amateurs. We need to re-focus, there is a match on Wednesday, but I think we need to stop losing like that.”