Kris Jenner is stepping out to support her favorite supermodel, her daughter.

On Friday evening, the famous momager, 64, made it a date night out with boyfriend Corey Gamble to the Tom Ford Autumn/Winter 2020 collection in Los Angeles. 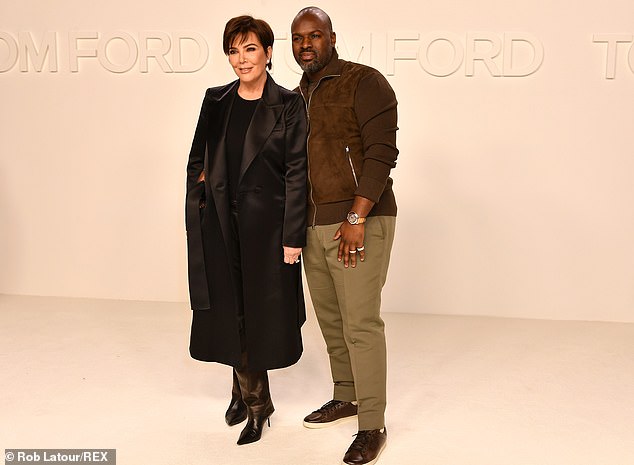 Date night: On Friday evening, Kris Jenner made it a date night out with boyfriend Corey Gamble to the Tom Ford Autumn/Winter 2020 collection in Los Angeles

Her long black coat no doubt elevated the signature Kris style with just a simple t-shirt and black leather pants underneath.

She completed the style with a pair of black boots as she snuggled up close to her boyfriend. 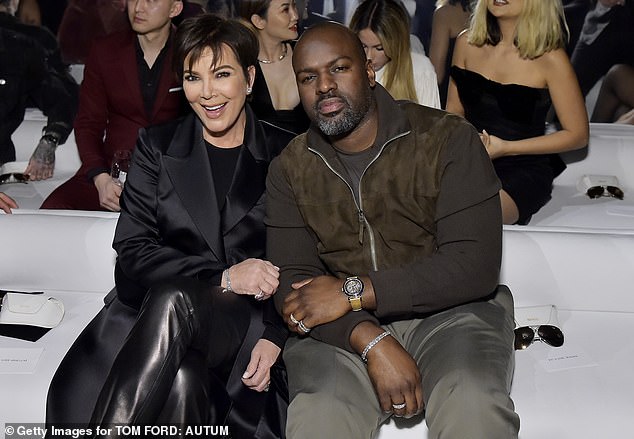 Settling in: Kris gives a big smile as she snuggles up next to Corey before the ladies take the runway

Kris and Corey’s love story began back in 2014 after meeting in Ibiza while at designer Riccardo Tisci’s 40th birthday party.

And while both have typically stayed discreet regarding their relationship, it didn’t take long until Gamble made his Keeping Up With the Kardashians debut in March 2015. 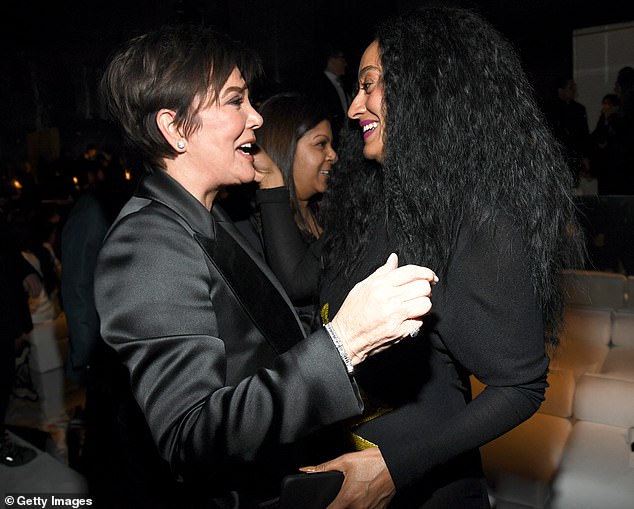 Good friends: Kris gives longtime friend Tracee Ellis Ross a hug as they take their seats ahead of the show

Since then, the two have frequented Kanye West’s Sunday Service together, taken over Instagram one date night post at a time, and even attended the Met Gala together.

But things aren’t all sunshine and rainbows, after rumors started to swirl that the two love birds were engaged, Kris later cleared the air while on the Divorce Sucks podcast with Laura Wasser and spilled the tea.

‘You know, you never say never, but I often say it’s just not what I think I need to do again based on my past. I’m in a really great relationship right now, and I’m happy and I don’t want to mess that up. I don’t have the need to put on a long, white dress and walk down an aisle.

‘I’ve done that. I’ve had the big wedding, I’ve had the babies and the kids—six of them, by the way. It’s not like we need to do that again; my body wouldn’t cooperate if I wanted it to. I think that I just feel really grateful and blessed for my past experiences and I’m looking forward to my future and I just don’t think that I want to go there.’ 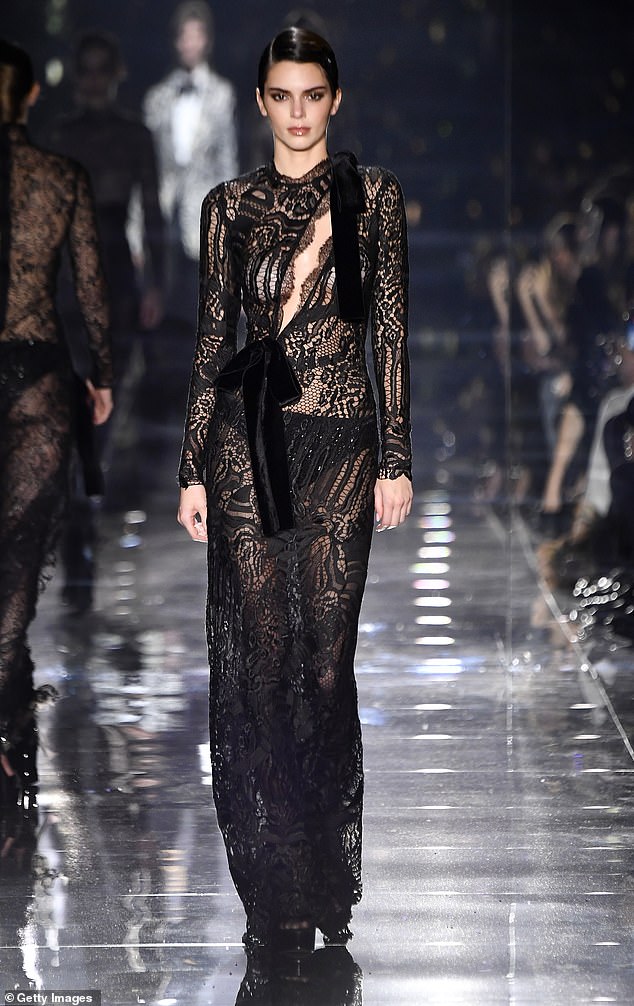 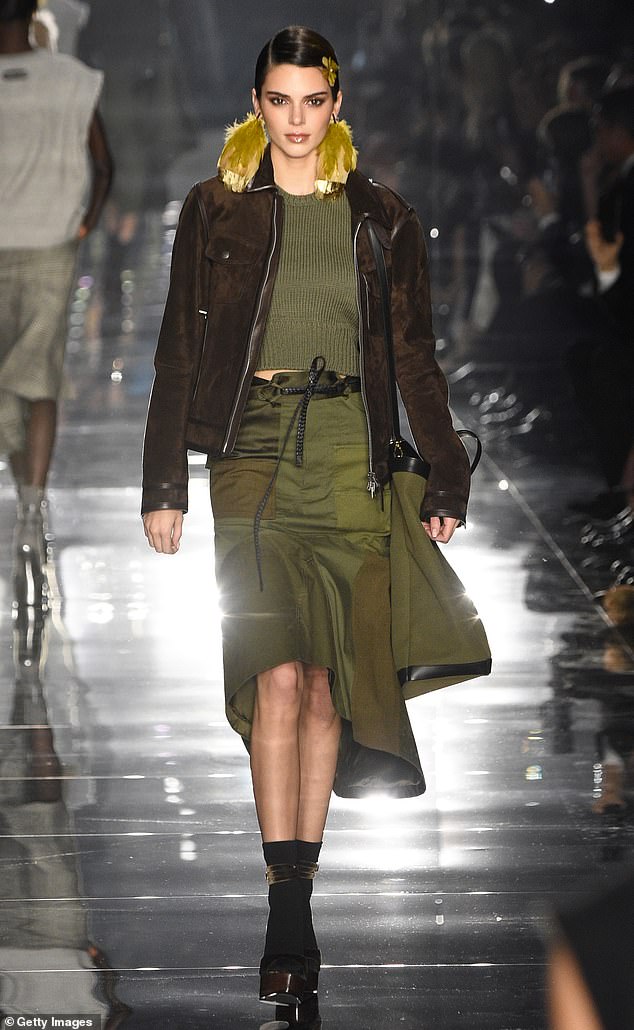 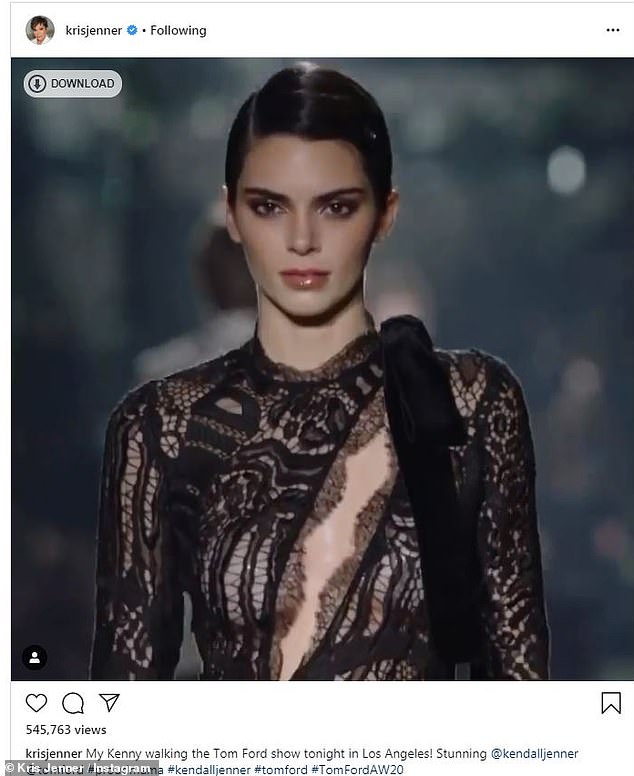 Beyoncé, Selena Gomez and More Stars Celebrating Easter and Passover Over the Years