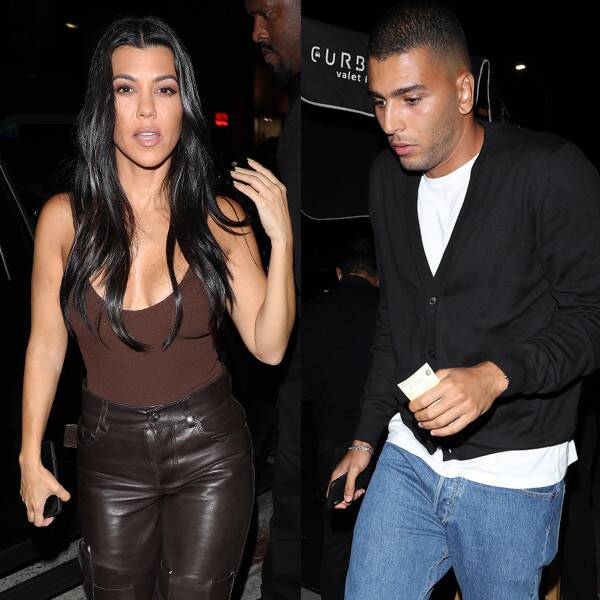 Kourtney Kardashian was in familiar company while out in Los Angeles on Friday night; She ran into her ex, Younes Bendjima.

The 40-year-old Keeping Up With the Kardashians star and sisters Kylie Jenner and Kendall Jenner and their friends joined DJ Daniel Chetrit, who teamed up with Kendall last year for a podcast, for his birthday celebration at the Nice Guy restaurant. Younes, 26, attended the bash with friends, a source told E! News.

“Kourtney said hello to Younes and exchanged pleasantries, but it wasn’t much more than that,” the source said. “She wasn’t surprised Younes was there and is fine with saying hi to him. They are on good terms and wish each other well. They see each other from time to time and are always cordial. They were there at the same time for most of the night but hung out separately. Younes left first with his friends and Kourtney left a few minutes later.”

The two have remained friendly and have reunited a few times since E! News learned almost exactly one year ago that they called it quits after an almost two-year relationship.

Kourtney and Younes had dinner together a month after the breakup was made public. This past February, they ran into each other while stepping out elsewhere in L.A. during the day.

In April, Younes got pretty flirty with Kourtney on Instagram, and she also invited him to her birthday party.

At the time, a source told E! News that the exes were on “good terms.”

The sisters arrive at the Nice Guy.

The two were spotted at the Nice Guy restaurant in Los Angeles, where DJ Daniel Chetrit was having a birthday party, in August 2019, a year after their split. It is unclear if they interacted.

The grown-ish star and model and Kardashian-Jenner family friend is spotted at the party.

The singer appears outside the Nice Guy.

Also spotted at the Nice Guy on Saturday: Luka Sabbat, a Kardashian-Jenner family friend who sparked romance rumors with Kourtney after her breakup from Younes. The 21-year-old grown-ish actor and model told The Cut in comments posted in February, “We’re definitely not dating.” It is unclear if he interacted with the Kardashian-Jenner sisters at the Nice Guy on Saturday.

E! News had learned in May that she and the NBA player had split after dating for a year. It is unclear Ben and Kendall, who attended a party separately a month after the breakup was made public, interacted at the Nice Guy on Saturday.