Knives Out age rating: How old do you have to be to watch Knives Out? 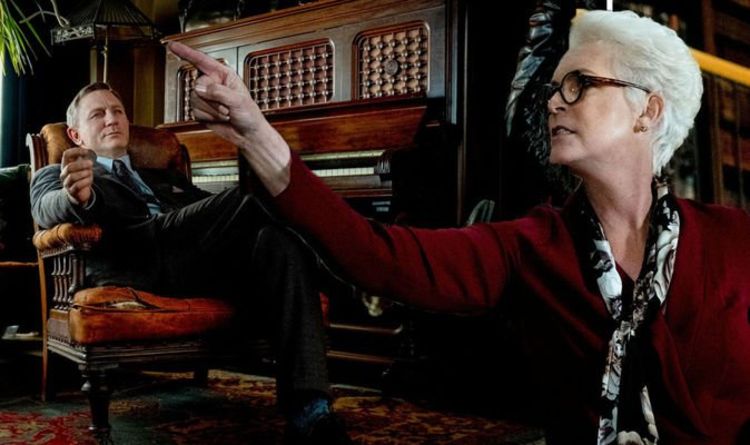 Knives Out, the latest movie from Star Wars: The Last Jedi director Rian Johnson, is an Agatha Christie-style murder mystery. The film stars a whole host of Hollywood stars, including Captain America and James Bond actors Chris Evans and Daniel Craig. But how old do you have to be to watch the new movie?

***WARNING: Mild spoilers for Knives Out***

How old do you have to be to watch Knives Out?

According to the British Board of Film Classification (BBFC,) Knives Out is a 12A, meaning it is generally not suitable for children aged under 12.

Speaking about what this can mean for parents, the BBFC provides guidelines.

The guidelines read: “Films classified 12A and video works classified 12 contain material that is not generally suitable for children aged under 12.

“No one younger than 12 may see a 12A film in a cinema unless accompanied by an adult.

The BBFC also suggest parents may wish to read the ratings information for Knives Out before allowing their children to see the film, or before accompanying them to the movie.

The guidelines for Knives Out specify some particular guidelines, including certain injury detail and use of inappropriate language.

The guidelines for Knives Out read: “There is the implication of a knife being drawn across a character’s throat and subsequent brief images of the bloody consequences.

READ  Exclusive: Jonah Hill in Talks to Play The Riddler in ‘The Batman’

“There are references to a character committing suicide, with details provided by the police of the method used and the injury sustained.

“There are also references to the misuse of medical drugs.”

Parents can also, if they prefer, see the film before allowing their children to go along to a screening, so they can work out if there is anything in Knives Out which may upset their children.

The film is a fairly economical run time of 130 minutes, so this is entirely possible for parents to do if they wish.

What is Knives Out about?

Lionsgate, the company releasing the film, has shared an official, spoiler-free synopsis of the movie.

The synopsis reads: “When renowned crime novelist Harlan Thrombey (Christopher Plummer) is found dead at his estate just after his 85th birthday, the inquisitive and debonair Detective Benoit Blanc (Daniel Craig) is mysteriously enlisted to investigate.

“From Harlan’s dysfunctional family to his devoted staff, Blanc sifts through a web of red herrings and self-serving lies to uncover the truth behind Harlan’s untimely death.”

Knives Out is in cinemas now