King Arthur: Knight’s Tale is a sound strategy RPG, but the hero is a prat – PCGamesN 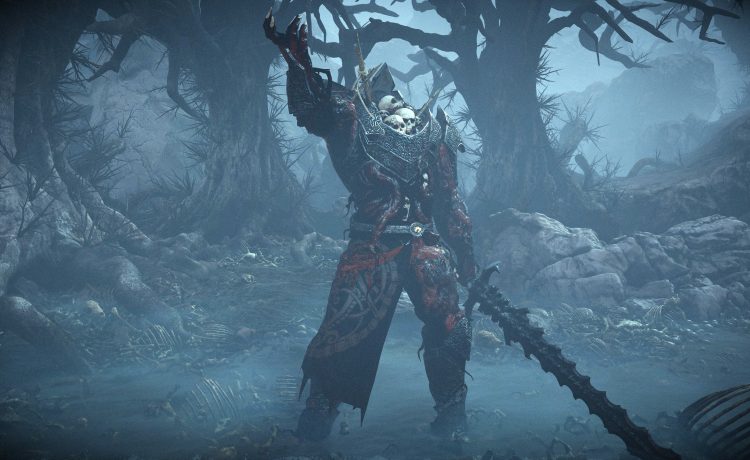 What was the search for the Holy Grail if not the original fetch quest? If a washerwoman with an exclamation mark above her head asked Sir Gawain to brutalise ten wolves in exchange for a magical dishcloth, he’d have been off like a greased whippet. King Arthur and his round table drinking buddies are perfectly suited to make the jump to videogames, even a strategy game.

No wonder Neocore Games keep returning to the mystic well, first with King Arthur – the Roleplaying Wargame and it’s sequel, and now with the tactical RPG King Arthur – Knight’s Tale, currently in early access. You play as Mordred, the traitor knight who slew and was slain by King Arthur… except you’re not dead. The Lady of the Lake has revived you to finish what you began, to kill the Once and Future King. The world has changed, with undead knights, a cycle of eternal return, and a land thrown into upheaval by the corrupted soul of a king… It’s basically King Arthur meets Dark Souls, which is pretty boss.

After thrashing the residents of Camelot your quest takes you to Avalon, accepting missions where you’ll collect loot, buddy up with new knights, and advance the story (as soon as Neocore writes it.) As a resident of modern day Britain I found the muddy, grey woods, ruins, and villages unerringly accurate – damp, boring, and full of ill-washed bandits. Authentically Arthurian, but I hope Early Access adds some fresh areas.

And oh, how I long for a silent protagonist. Of course Mordred is going to be an anti-hero, but he’s less a knight of dour countenance and more a rejected Deviantart OC. Honestly, he’s just a bit of a berk. 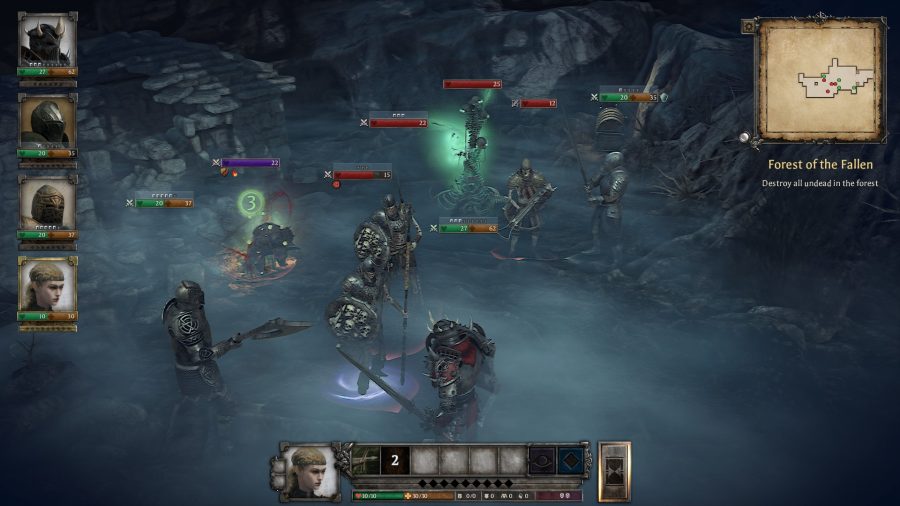 When you encounter Arthur’s former seneschal Sir Kay, trapped in the tutorial dungeon, you get this exemplary exchange:

Mordred: Trust was always your weakness, Kay.
Kay: And what is yours? Your bloodlust? Your savagery?
Mordred: [GLARES IN SILENCE]

The Lady of the Lake also muses in the tutorial “I thought that dying can change a man, but I might be wrong.” So, once a tosser, always a tosser as far as Mordred is concerned.

If you’re counting RPG cliches, there are two morality meters that track your decisions on scales between ‘tyrant’ and ‘rightful’, ‘christian’ and ‘old faith’. Your decisions will eventually annoy certain knights, attract others, and possibly open or close story missions, but with such unlikeable characters, does that really matter? 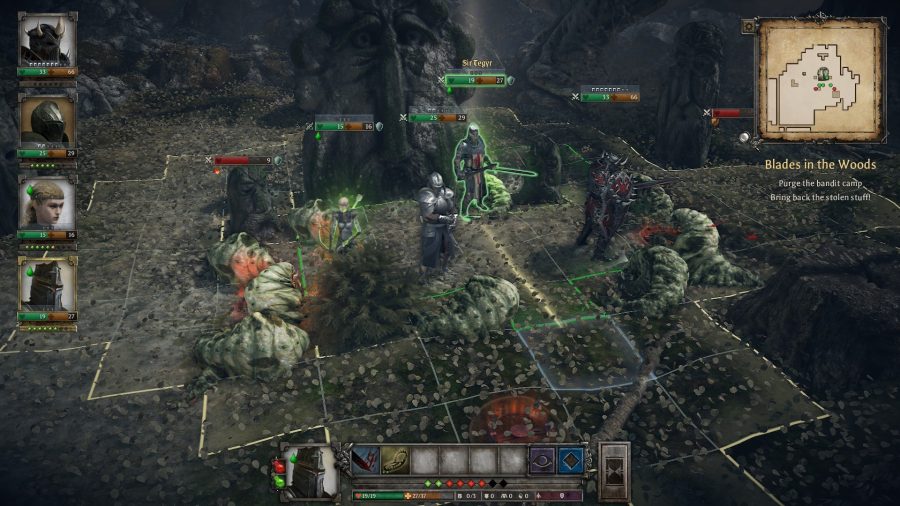 Neocore has its work cut out to make the story match up to the sales pitch. Fortunately, the turn-based combat is already great. It’s not especially complex, but it’s robust and efficient like a well-honed blade. Each knight has a budget of action points to spend either moving or on one of their abilities. Attacks always hit, so positioning and the environment are the deciding factor in combat.

Honestly, Mordred is just a bit of a berk

You’ll be looking for chokepoints where the heavily armoured Mordred can hold up a swarm of goons with his shield; covered approaches to move the vulnerable Sir Tegyr into position so he can litter the field with bear traps; and a clear path for Sir Balan to introduce his massive armour-cracking axe to an enemy knight’s face grille. Between the minimalist abilities, importance of cover and threat of permadeath, it plays more like XCOM than Divinity: Original Sin.

Gear can be found during missions or bought from merchants, and it’s all pleasingly impactful. A rune that gives Lady Dindraine increased longbow damage at extreme range will turn her into a sniper, while one that grants her free movement points every turn will set her up to deliver more deadly backstabs. No “+2% chance to proc breath mint damage when fighting mustelids“ here. Rather than squinting at numbers, I’m considering the role my knights will play in battle. 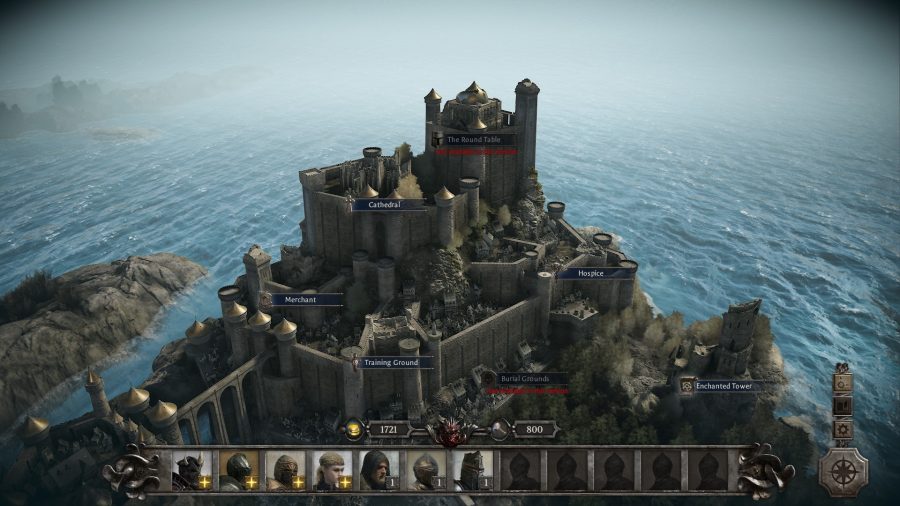 Camelot is currently in ruins (and only partially implemented during Early Access) but Mordred will rebuild it between battles from his court. You might bung a knight into the enchanted tower for a few missions while a wizard rinses the curses out of their aura, or stick them in the hospice to get their face unsmashed.

It’s not clear whether the long game will bring the ramping tension of XCOM or the infinite grind of Darkest Dungeon. I suspect we’ll get the quest-and-rest loop from Diablo, as your knights sally forth on baddy-biffing missions, then retreat to Camelot to try on shiny new armbands and stuff their pockets with potions.

Of course, part of the appeal of that style of gameplay loop is how each rest rewards you with a fresh piece of narrative, and Mordred’s edgelord persona hinders engagement with the wider story. There’s no one else to balance out how much of a prat he is either… 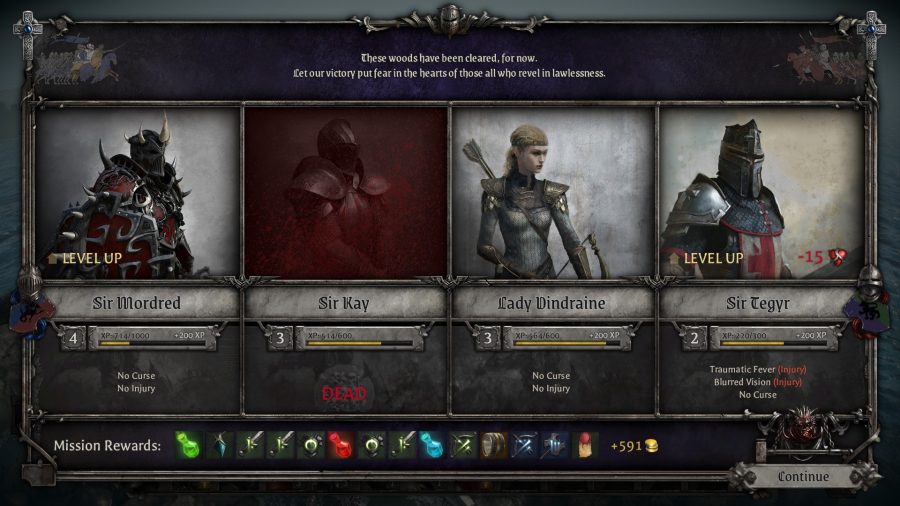 This will be a game for people who love repeatedly beasting the final bosses in Diablo or Path of Exile but always wanted to do it on a turn-based grid, and the branching narrative pablum exists to add flare to replays. If the developers get it right, this could be a saga for the ages.

READ  35 video games coming to Apple's new Arcade service, which will be like Netflix for games - CT Post

Related: Speaking of XCOM, here’s what we want from XCOM 3

King Arthur: Knight’s Tale was released on Steam Early Access on January 26, 2021. It’s due to remain there for up to seven months.