Kim Kardashian has said that raising “four black kids” has been the reason why she has pursued a legal career to fight social injustices.

The 39-year-old Keeping Up With The Kardashians star has spoken out about her campaigning for prison reform and how the inspiration to do this has come from her family at home.

The mum-of-four has completed her first year of legal studies and is hoping to take the bar exam.

The reality star is looking to make a difference in the criminal justice system and is planning to promote change as she feels it is “so discriminatory against black and brown people.”

Speaking to CR Fashion Book, Kim said: “My evolution on this is probably some combination of growing up, getting married, having kids, and my life being so different than what it was when I was starting out.

“Now, I feel like I have a duty to myself and to my children more than the public and I want to be a good role model for my kids.

“I’m raising four black kids in this society and our system is so discriminatory against black and brown people.”

Kim, who is mum to North, 6, Saint, 4, Chicago, 2, and Psalm, nine months, continued to detail why she wants to pursue a legal career.

She added: “I want to do as much as I can to make their lives easier… I never knew much about the system until I started to dig in, and once I learned and saw how many things were wrong, I really couldn’t stop.”

READ  It's Stripper Fallout, Wedding Hiccups and "Black Magic" on 90 Day Fiancé: The Other Way

Kim has made a documentary, The Justice Project, about her efforts to support criminal justice and prison reform.

In the documentary, of which Kim has been executive producer, she has looked into the cases of Dawn Jackson, Alexis Martin, Momolu Stewart and David Sheppard.

For two-hour special which will air on Oxygen in April, the reality star has visited prisons and spoken to families and friends of those she believes have been unfairly incarcerated.

Kim has also canvassed opinions of others that are in the prison system, as well as the officials that run them.

The KUWTK star has also addressed accusations that she is only doing this campaigning ‘for the sake of her own image’.

She said: “I’m very used to criticism, so nothing really fazes me.

“I really genuinely stay focused on the cases and the people. I’m not doing it for publicity. I really do care.” 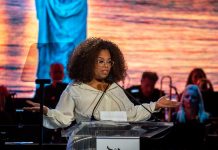 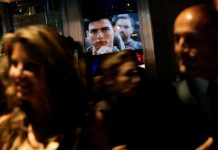 Daily Kitchen Live to be broadcast for isolation