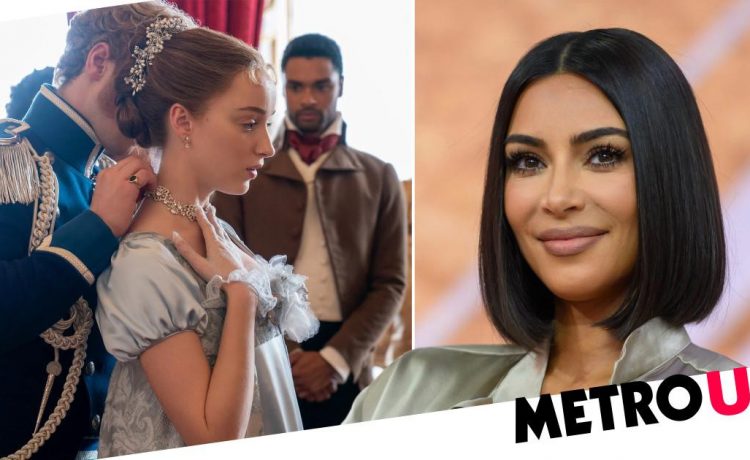 Kim Kardashian finally got onto the Bridgerton hype as she settled in to watch the smash-hit Netflix period drama.

Three months on from its initial release, the reality star proved it was better late than never as she fangirled over the steamy chemistry between the show’s leads, Phoebe Dynevor and Regé-Jean Page.

After writing on her Instagram Stories: ‘It’s finally happening!!! #Bridgerton’, KUWTK star Kim later outed herself as a huge fan by sharing another still of the leads with the caption: ‘What is happening?!?! I’m not ok!’

Produced by Shonda Rhimes, Bridgerton centres on the romance between Phoebe’s character Daphne Bridgerton and Regé-Jean’s character Simon Bassett, the Duke of Hastings.

The show landed on Netflix on Christmas Day and went on to become a huge success, smashing records to become the streaming platform’s biggest ever series as it was watched by a huge 82million households.

Bosses have already confirmed that season two of Bridgerton is on its way, with Jonathan Bailey set to take centre stage this time around as Viscount Lord Anthony Bridgerton.

Meanwhile, Phoebe recently shot down claims she was dating her co-star Regé-Jean after fans became obsessed with their onscreen chemistry.

Speaking to You magazine, Phoebe said: ‘I’d love to say there was really something between us, but no, it has always been strictly professional.

‘There was so much pressure on us to get it right, that it was all about the work. We have a really professional working relationship.’

Bridgerton has inevitably made a star out of Phoebe, who has bagged her first feature film, The Colour Room.

Phoebe, the daughter of Coronation Street actress, Sally Dynevor is set to star as leading lady Clarice Cliff – a real-life ceramic artist who went on to become a pioneer in the pottery industry.

Proving her emerging Hollywood status, the stunning blonde even fuelled rumoured she’s dating Saturday Night Live host Pete Davidson – however, she is yet to clarify the reports.

Bridgerton is available to stream on Netflix.


MORE : Bridgerton’s Phoebe Dynevor is all about her morning cuppa as she steps out in Manchester after those Pete Davidson dating rumours


MORE : Bridgerton’s Phoebe Dynevor and Pete Davidson have ‘hit it off’ and we’re ready for a Corrie/SNL crossover