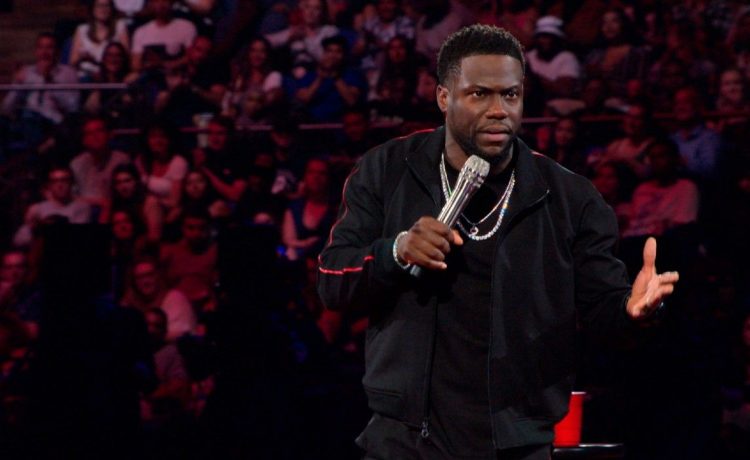 Get ready for Kevin Hart’s ‘Ridiculous 6.’

White-hot comedian Kevin Hart just signed a massive multi-film deal with Netflix akin to the one the streamer inked with Adam Sandler. Per the deal, Hart will star in at least four movies for Netflix that he will also produce via his HartBeat Productions banner, with a first-look producing option also part of the arrangement. As reported by Deadline, the exact dollar amount of the deal is unknown, but Netflix reportedly paid Sandler in the neighborhood of $150 million, so it’s reasonable to assume that their partnership with Hart commanded a similar price tag.

Hart is a big get for Netflix, with his status as a major box office draw and his comedy special Zero F**s Given ranking as the streamer’s top performing special of 2020. Currently, Hart is set to star in the limited series True Story for the streamer, written and executive-produced by Narcos and Narcos: Mexico showrunner Eric Newman.

“Partnering with Netflix is an amazing opportunity for HartBeat and myself,” Hart said in a statement. “I am excited to act in and produce cutting-edge films with Netflix. I am extremely grateful to Ted Sarandos and Scott Stuber, we share the same creative vision and always put the audience first. This business is about growth and my HartBeat team continues to exceed my expectations with their ability to develop stories and relationships. Our goal is to make the HartBeat name synonymous with first-class entertainment and narratives.”

Hartbeat president Bryan Smiley said, “I am beyond thrilled about this exciting new chapter in our company’s history. Kevin and I are committed to making ‘best in class’ films with our new partners at Netflix. This groundbreaking deal guarantees HartBeat productions will be viewed by millions of people globally, for many years to come.”

Scott Stuber, Netflix’s head of film, said of the partnership, “Netflix has enjoyed a long relationship with Kevin and we’ve been lucky enough to partner with him many times. He’s a hands-on producer and it’s been great to watch him build an incredible company with HartBeat. There are very few artists who can attract audiences of all ages and succeed in making comedies, dramas and family films. We’re excited to partner with Kevin, and his great team at Hartbeat, to entertain our audience for years to come.”

Much ado was made about Netflix’s big money deal with Sandler, which quite frankly has resulted in some of the worst films of Sandler’s career (and a few that are just OK). However, Sandler and Hart are very different performers with equally different comedic sensibilities, so it’ll be interesting to see what kinds of projects Hart develops with this lucrative new deal. For more on Hart, check out some additional details about True Story, in which the comedian will co-star with action icon Wesley Snipes.

Kevin Feige Explains How Marvel Decides Which Characters Are Right for Disney+ vs. Movies

With shows like ‘Ms. Marvel’ and ‘She-Hulk’ on the horizon, how does Marvel decide who’s worthy of their own TV spinoff?