Britney Spears‘ ex-husband Kevin Federline has voiced his support for the singer as she attempts to end her controversial conservatorship.

Federline, who was married to Britney from 2004-2007, explained that the singer’s best interests will also benefit those of their two children, 15-year-old Sean and 14-year-old Jayden.

Asked about the children, Federline’s lawyer Mark Vincent Kaplan said: “The best thing would be for their mom to be healthy and happy.

“And if either of those things aren’t true, it doesn’t provide for the best setting for custody to be exercised.”

“The kids love their mother and he wants there to be a healthy and strong relationship.”

Kaplan added to People: “Britney has not been served well by the conservatorship and it’s not consistent with what she wants.

“I think that she should be able to challenge that. And if it’s what’s best for her, Kevin supports it. “If she’s strong and healthy and wants to be in control of her own life, and can do that in a reasonable, responsible fashion, then more power to her.”

He concluded: “And if it’s no longer necessary, that’s great too. Just want to make sure that all of the considerations, how she’s doing are taken into account if she seeks to change the custody order in the post-conservatorship era, if that ever comes.”

Spears’ emotional 24-minute testimony to a Los Angeles court last week saw her refer to her conservatorship – which led to the fan-created #FreeBritney movement – as “abusive”. She alleged that while under the conservatorship, she is forbidden from having more children, getting married or taking out her IUD.

Earlier this week, Christina Aguilera penned a lengthy statement regarding the controversial conservatorship, joining the calls from fans worldwide for it to end.

The statement from Aguilera, who starred alongside Spears on The Mickey Mouse Club in the early ’90s, is just the latest support to come from an artist, with Mariah Carey, Halsey and more all offering their support.

Justin Timberlake, who also starred in The Mickey Mouse Club and dated Spears for three years, also shared his support, saying “we should all be supporting Britney at this time”.

Earlier this year, Timberlake had publicly apologised to Spears, where he said that he “failed” her by contributing to a system that “condones misogyny and racism”.

Her family has offered different messages around the conservatorship over recent days. While sister Jamie Lynn released a statement in solidarity with Britney, saying “I am so proud of her for using her voice”, Britney’s brother-in-law (and Jamie Lynn’s husband) Jamie Watson defended Britney’s family, telling The New York Post, “I can assure you her family loves her and wants the best for her.”

In response to the claim about her IUD, the president and CEO of Planned Parenthood Federation of America also released a statement in solidarity with Spears. 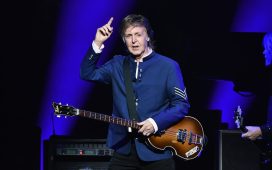 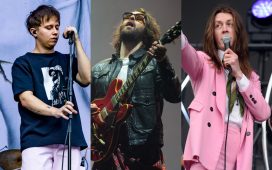