KERRY Katona is put through her paces by boyfriend Ryan Mahoney as she shows off her trim figure after using controversial Skinnyjabs.

The star, 39, worked up a sweat alongside her personal trainer boyfriend.

She’s seen squatting, performing the plank and bending over during her exercises.

Dieters inject an insulin pen-like device into their bellies every day, which is supposed to make them feel more full.

However, the jabs have come under fire by some doctors and nutritionists who warn of the side-effects and potential harms from long term use.

Dr Zoe Williams labelled the celebrity edorsements as “irresponsible” while appearing on This Morning.

Host Holly Willoughby introduced the segment with: “Could an injection a day help melt the kilos away? That’s what Kerry Katona and Gemma Collins would have you believe.”
But Kerry has slammed the segment as one-sided, telling The Sun Online: “I think it’s very unfair they didn’t have any of us on there. I’m not promoting this just for a pay cheque.

Kerry originally met Ryan in July 2018, but the pair split a bit later.

They then reconnected last night as Kerry deal with the grief following the death of her ex-husband George Kay.

From Janice to Richard, where are Friends’ much-loved regular faces and celeb cameos now? 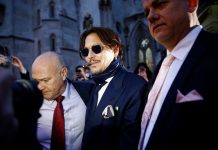 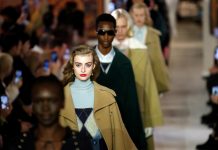