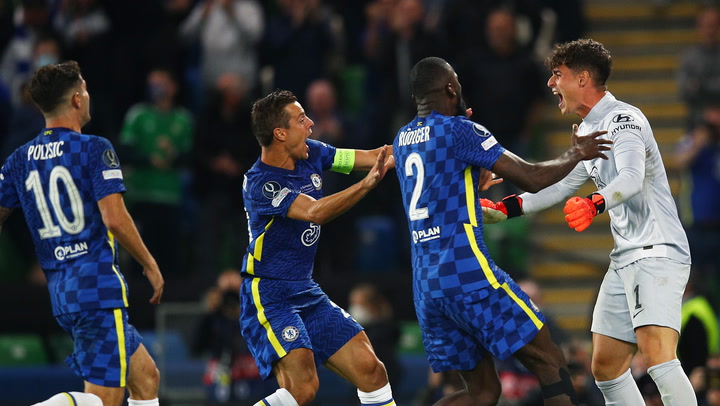 Tuchel: Substitution of Arrizabalaga was planned

Kepa Arrizabalaga has conceded he finds it difficult to play back-up for Chelsea’s number one goalkeeper Edouard Mendy.

Kepa’s time at Stamford Bridge has gone far from the way many would have expected it would when the Blues parted ways with £71m to bring him to west London, but his time at the club has not been without its highlights as well.

Following his arrival, Kepa was officially the most expensive goalkeeper in football history at the tender age of just 23, immense pressure for goalkeepers years his senior to walk into – the Spaniard struggled at times during his debut season.

After two campaigns between the sticks, Kepa was dealt the blow of being dislodged as Chelsea’s number one in place of Senegalese shot-stopper Mendy, who joined from Ligue 1 side Rennes in September of last year.

Since Mendy’s arrival, Kepa’s game time has been drastically reduced – something he has struggled to adapt to, as he explained to Spanish outlet Radio Marca in a recent interview: “Everyone wants to play. Everyone wants to be in the starting line up on Saturday and Sunday.

“For outfield players, there’s a chance of coming on, but the goalkeeper surely isn’t going to play. It’s not easy. The game days when you don’t play aren’t easy.

“You need to assume your role at that point. Help as best you can. During the week, on a daily basis, push to the maximum. Doing it for you, not for anyone else, just to be prepared. To keep improving and to be ready when given the opportunity or for any circumstance.”

However, though he finds himself out of the starting eleven for much of the time, Kepa sung the praises of manager Thomas Tuchel.

The ‘keeper cited Tuchel’s ability to make every member of the squad feel like they are part of something as one of the reasons he has proven so successful at Chelsea.

“It’s one of the secrets of the successes we’ve had. The team we have is filled with great players”, Kepa explained.

Should Kepa feature more for Chelsea this season? Have your say here.

“It’s a group that goes in the same direction, that rejoices in the success of his teammate and that helps when someone is not having a good time.”

Kepa went on to claim that he doesn’t view his huge price tag as a burden, instead seeing it as a “consequence of the transfer market” and something he accepts with “no problem.”